Who owned these Jewish-owned treasures? V&A seeks clues from public

The Victoria and Albert Museum (V&A) is mounting a display of the golden treasures in the Gilbert Collection that have an uncertain provenance for the Nazi period, 1933-45. Concealed Histories: Uncovering the Story of Nazi Looting will open at the V&A on 6 December.

Assembled by London-born Arthur Gilbert and his American wife Rosalinde, the collection was amassed from the 1960s onwards while they were living in Beverly Hills, Los Angeles. It was donated to the British nation in 1996 and initially shown in Somerset House and then, from 2008, at the V&A, where it has a dedicated gallery.

The V&A has now employed Jacques Schumacher, a provenance researcher, to systematically trawl through the 1,200 items, check those that may have been looted during the Nazi period, even though a few were subsequently restituted. Eight objects presented particular issues.

All owners of the objects were Jewish, and hence the concern that some of the items could possibly have been looted or subject to forced sales. Arthur Gilbert was himself Jewish, so it is perhaps surprising that before his death in 2001 he was relatively unconcerned about these issues. But as Schumacher points out, “like many other collectors at the time, Rosalinde and Arthur did not ask questions about provenance while building their collection”.

The V&A would be grateful for any further information from our readers about the provenance of the highlighted objects; the full list can be seen at www.theartnewspaper.com. 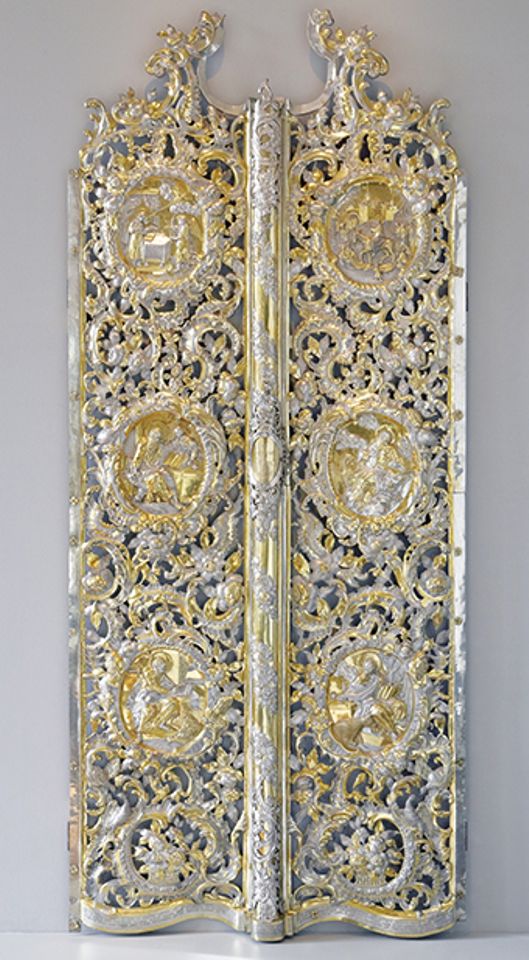 Gilded gates made in Kiev (1784). Owned by the Jewish art dealer J&S Goldschmidt from Frankfurt/Berlin, and sold in in London in 1935. Acquired by the Gilberts in 1973 from S.J. Phillips, London, as coming from the Randolph Hearst collection in California. 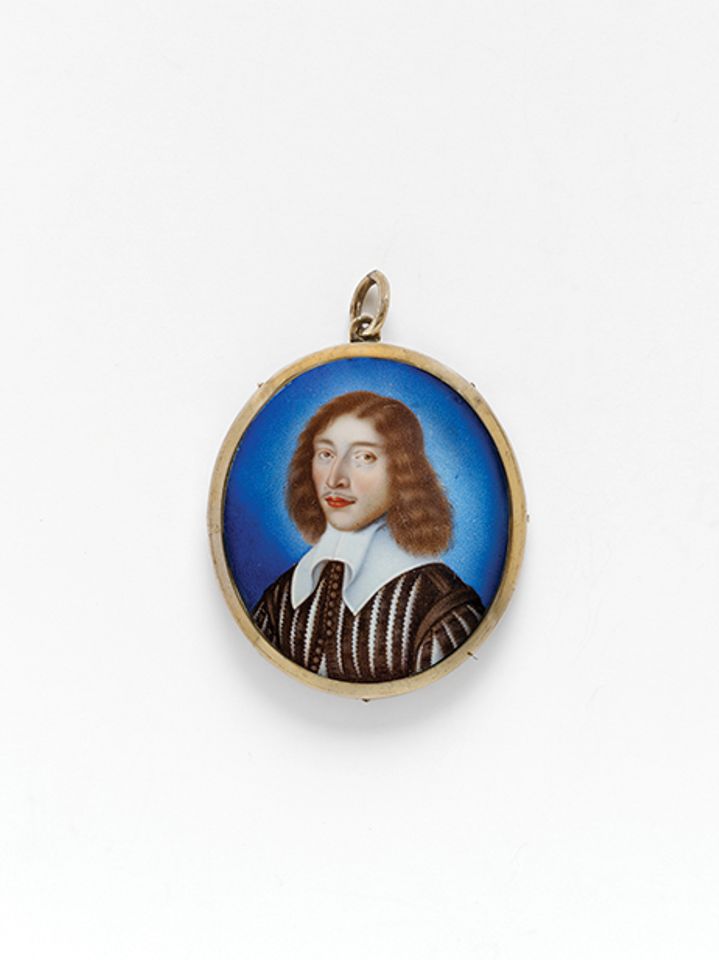 Miniature by Paul Prieur (around 1650). Owned by Aldolph List (died 1938) of Magdeburg and sold in 1939 after he was denounced by the Nazis. Acquired by the Gilberts in 1979 from S.J. Phillips, London.

Silver beaker, Nuremburg (1603-09). Possibly owned by Alfred Pringsheim, from Munich, and if correct then confiscated by the Nazis in 1938 and returned to the family after the war. Acquired by the Gilberts from Brand Inglis, London in 1984 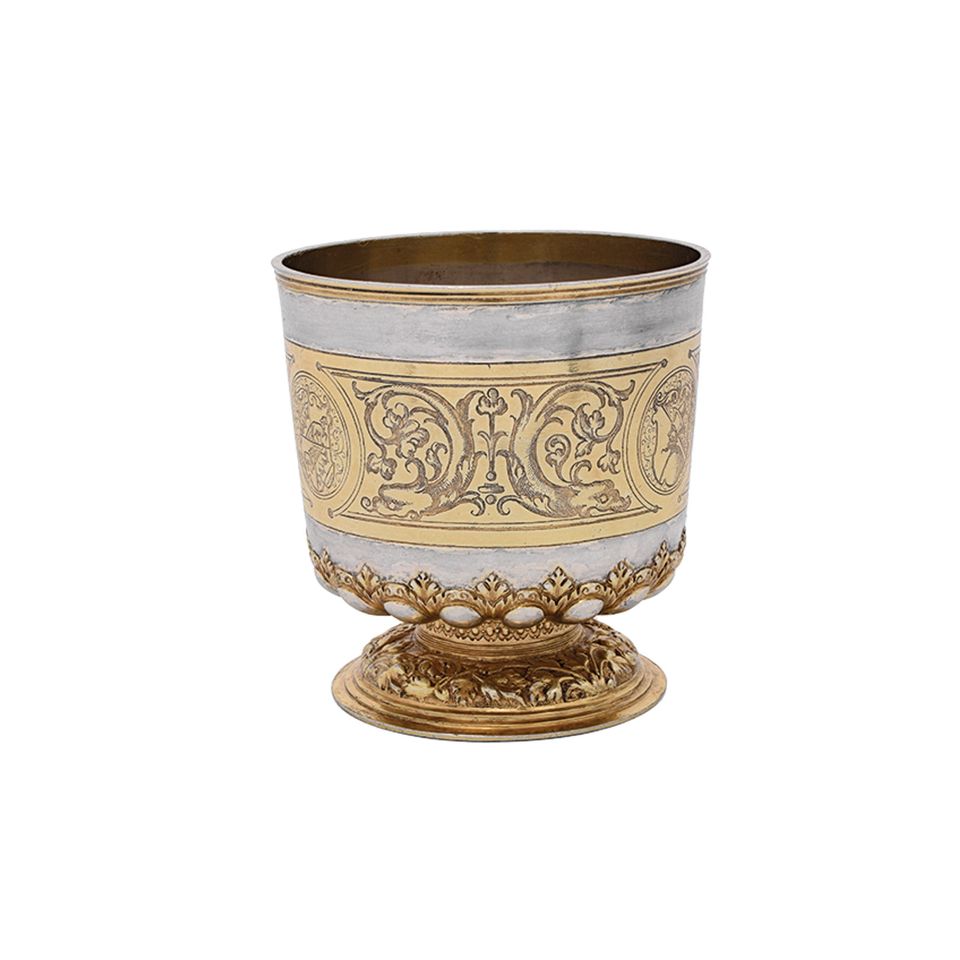 Silver beaker, Nuremburg (1603-09). Possibly owned by Alfred Pringsheim, from Munich, and if correct then confiscated by the Nazis in 1938 and returned to the family after the war. Acquired by the Gilberts from Brand Inglis, London in 1984

Snuffbox, with quartz sheep, Dresden (around 1755). Owned by Alphonse von Rothschild from Vienna and confiscated by the Nazis in 1938 and returned to the family in 1947. Acquired by the Gilberts in 1989 from S.J. Phillips, London as from Baron de Rothschild, Vienna 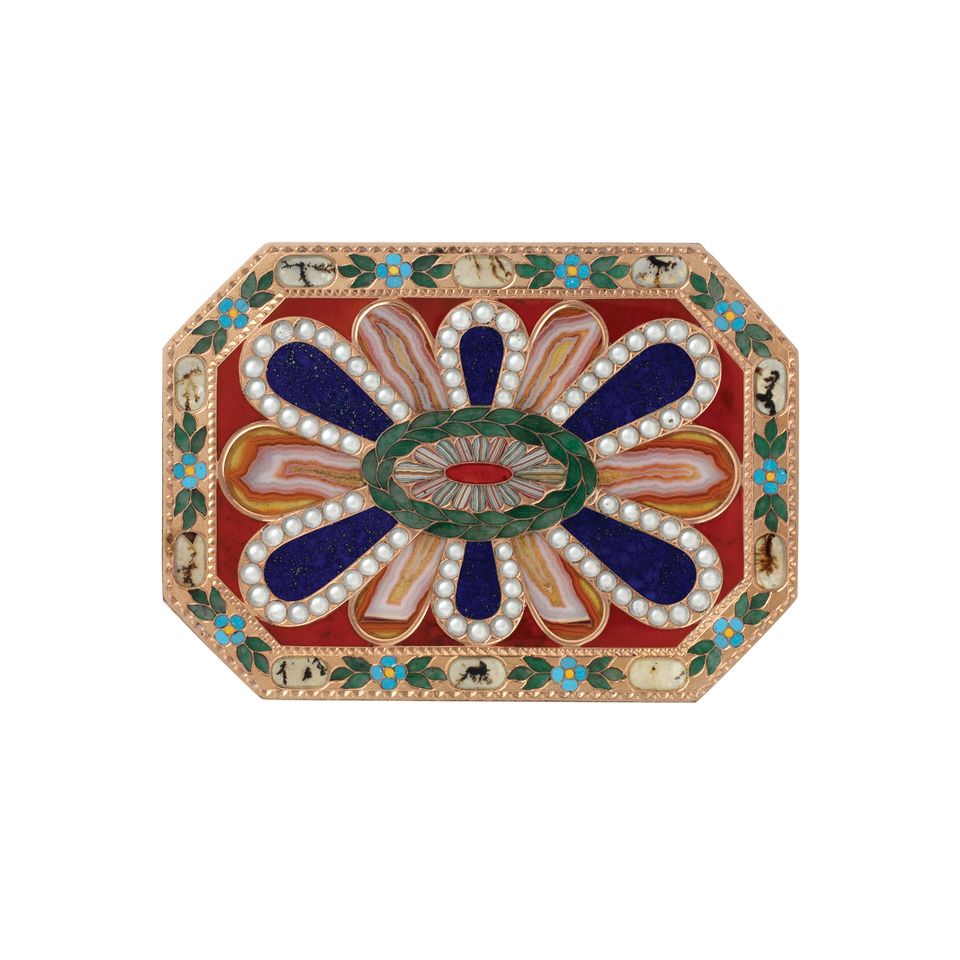 Gold snuffbox, Dresden (around 1780). Owned in 1912 by Eugen Gutman, most of whose collection passed to his son Friedrich, who was murdered by the Nazis. Sold by Christie’s in 1983 and acquired by the Gilberts from Garrard, London in 1987. 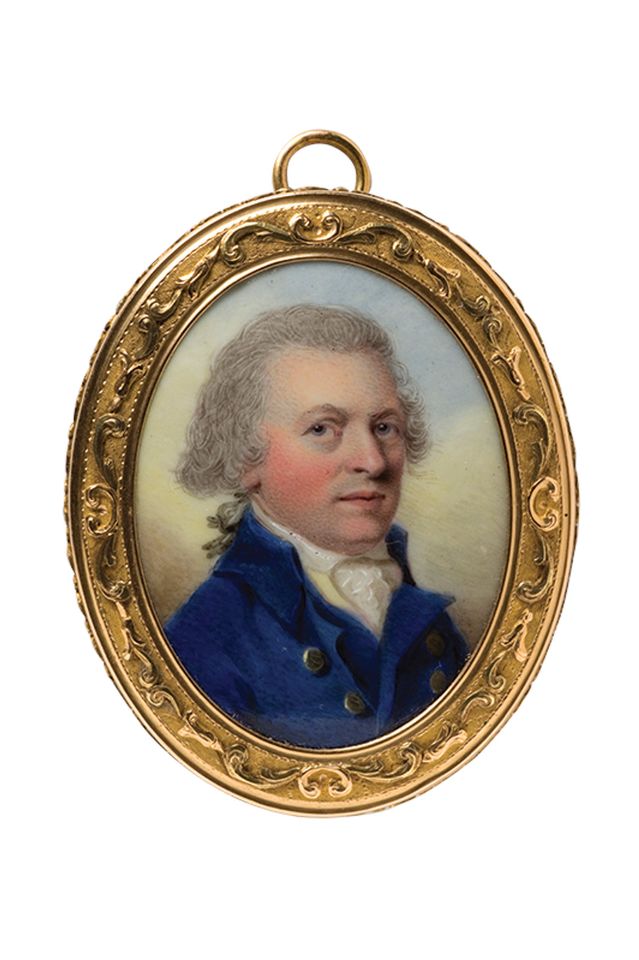 Miniature by Carl Hurter (1791). Owned by Viktor Zuckerkandl from Vienna; his collection was either auctioned in Vienna or given to his family, many of whom were murdered by the Nazis. Acquired by the Gilberts in 1981 from D.S. Lavender, London. 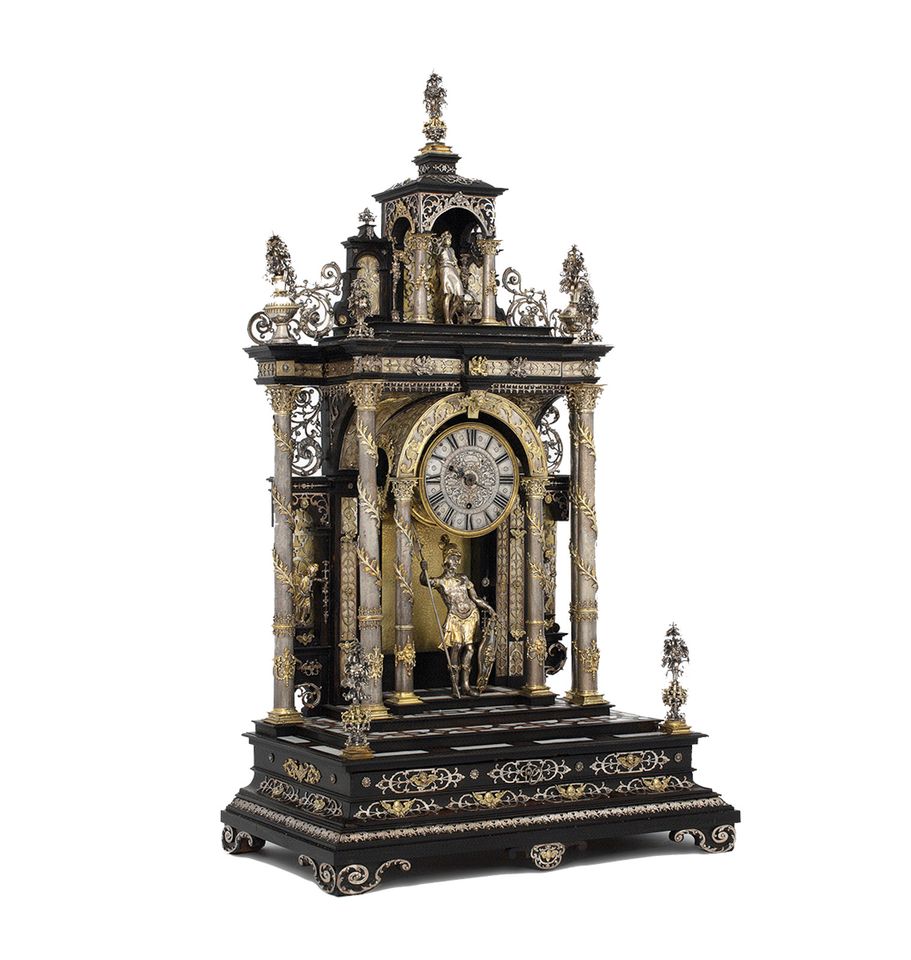 Clock, Augsburg, (17th century). Owned by the clockmaker Nathan Fränkel (died 1909) from Frankfurt; much of his collection went to his family (including Friedrich and Klara Fränkel), who were later persecuted by the Nazis. Acquired by the Gilberts in 1979 from a private Milwaukee collector. 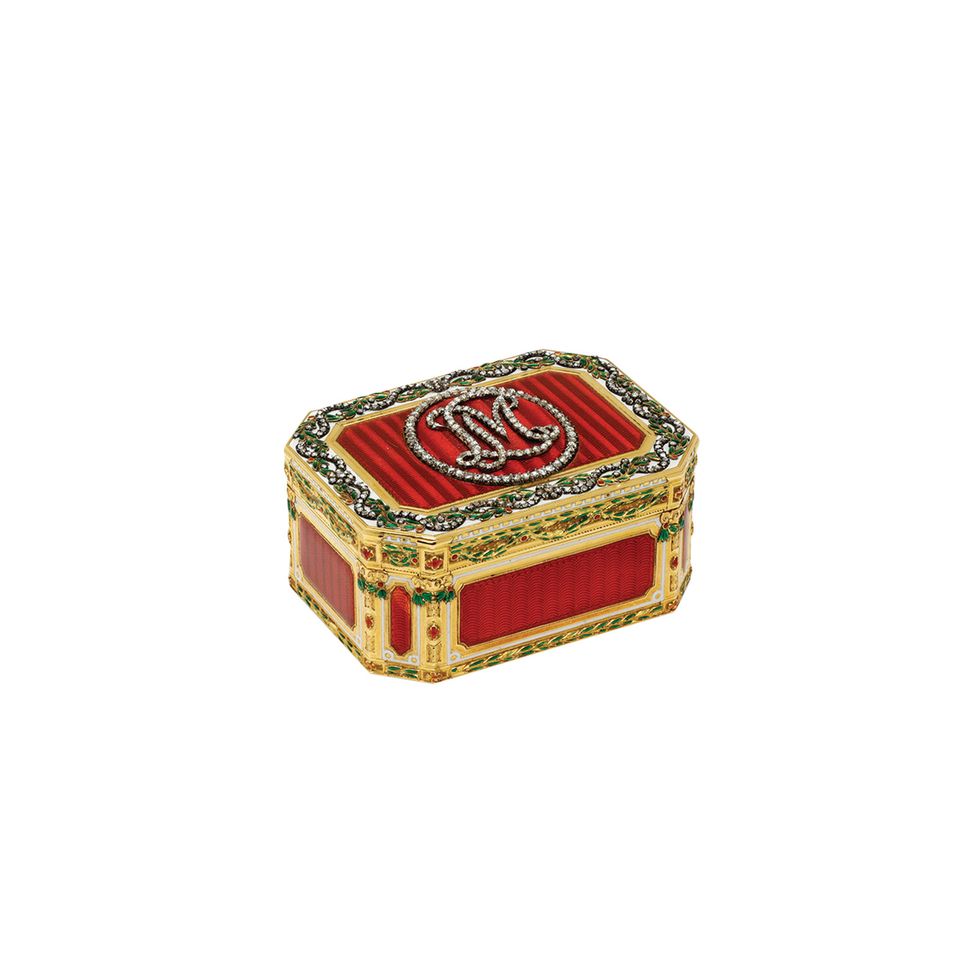 Gold snuffbox with LM monogram, Paris (1775-76). Owned by Maximilian von Goldschmidt-Rothschild, a Frankfurt banker who died in 1940, and then returned to the family in 1949. Acquired by the Gilberts from S.J. Phillips, London in 1979