The UK’s Monuments Men: culture gets its own army

In a little-reported local war, the small Republic of Farnland, on the Hampshire coast, was illegally occupied this autumn by the armed forces of Salia, a belligerent nation centred on the cathedral city of Salisbury. The British Army and its coalition partners were called in by Farnland to retake territory around the town of Fareham and prevent damage to cultural sites such as the National Trust stately home at Hinton Ampner.

If you missed news of this Ruritanian skirmish, it’s because Operation Restore exists only in the imagination of the army’s 77th Brigade. Its purpose? To train a new unit of reservists whose primary duty is cultural property protection (CPP). Essentially, this is a modern-day version of the Second World War’s Monuments Men, the specialist soldiers who accompanied allied landings in Italy and Normandy in a sometimes vain attempt to stop historic buildings being destroyed by the fighting and to recover art looted by the Nazis. George Clooney made a not especially good film about them.

Last month saw soldier reservists racing around in the drizzle, making arrangements to evacuate the treasures of Hinton Ampner to safe storage in Fort Brockhurst, one of the mid-Victorian brick fortresses constructed to prevent the French taking Portsmouth harbour. Alongside the British reservists were French, Dutch, American and Australian personnel, Italian carabinieri, Interpol and the Metropolitan police’s war-crimes unit, all taking part in a week-long training course. They were learning how to assess a damaged monument, how to evacuate museum collections, how to negotiate effectively with civil authorities.

Led by a Gulf War tank commander, Lieutenant-Colonel Tim Purbrick (now an art dealer and reservist), the 15-strong CPPU includes curators, archaeologists, a building surveyor for Historic Scotland and other heritage professionals. It is the first permanent unit of its type, established following the UK government’s belated ratification, in 2017, of the Hague Convention for the Protection of Cultural Property in the Event of Armed Conflict.

A cultural equivalent to the Geneva Conventions, the Hague Convention was adopted by the UN in 1954 and aims to ensure that cultural property — monuments, museums, archives and the like — is kept out of the line of fire as far as possible. The US government has just announced it is going to follow suit and set up a similar army unit in conjunction with the Smithsonian. 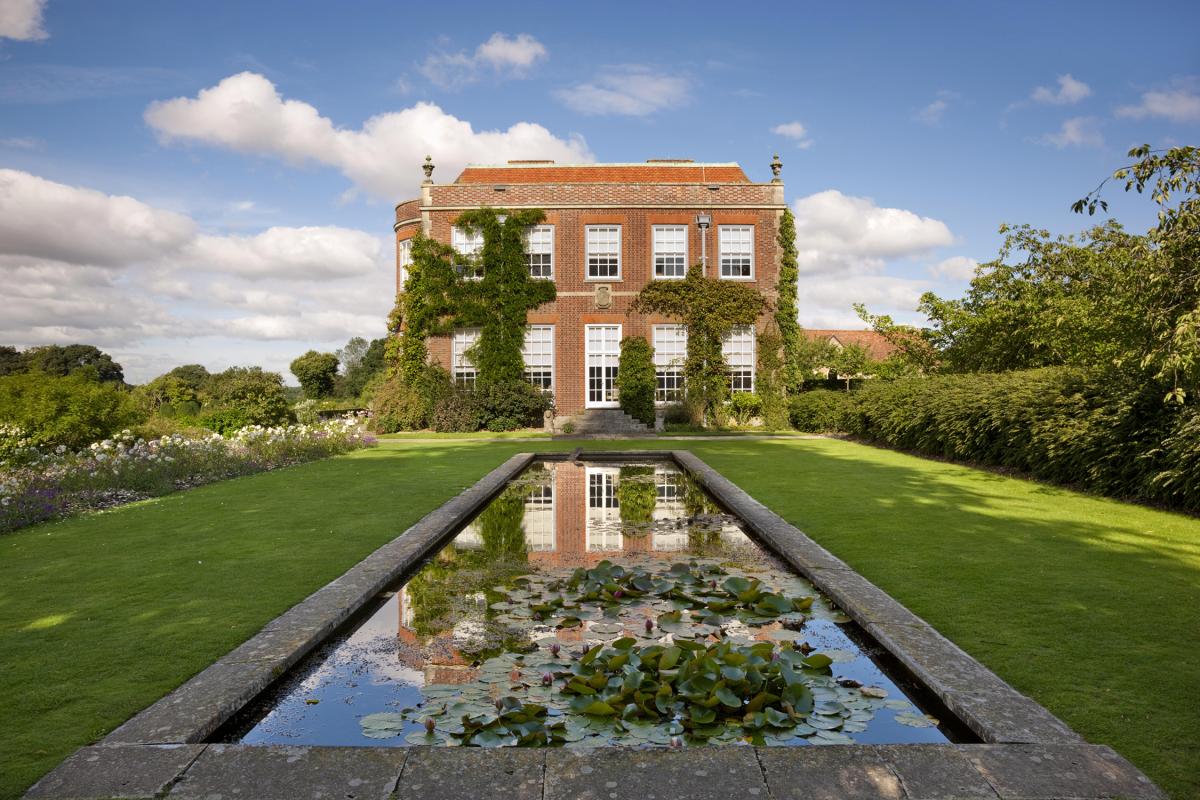 Heritage groups had been pressing the UK government to sign up fully to the convention for years; the enormous destruction of heritage sites such as Palmyra and Mosul by Isis appears to have focused minds. The unit falls within the ambit of a new UK Centre of Excellence being established by the Ministry of Defence, which, along with cultural property, covers conflict issues such as sexual violence and human trafficking. Its work is likely to be in the Middle East, not the home counties.

The October exercises, run from Eisenhower’s nearby D-Day HQ at Southwick Park, saw recruits and observers, a mixed bag of younger women and older men in an international panoply of battledress, drive across Fort Brockhurst’s drawbridge and pile out of minibuses. There they quizzed English Heritage custodians on where they could store Hinton Ampner’s contents, raising issues of security and damp, and whether the drawbridge could cope with the weight of trucks full of evacuated artefacts.

It all feels rather improbable — arrival by helicopter was vetoed because the fort’s gravel courtyard would have been turned into spinning shrapnel, and the army didn’t approve military vehicles and outriders for the exercise. Kingfishers were flying above the reedy moat; around the fort, you could see semi-detached houses and roundabouts.

The would-be monuments squad had to negotiate with senior officers over the siting of a logistics base in a garden-centre warehouse opposite the fort, turning the entire location and its stored treasures into a potential military target. These are real-world dilemmas: the Hague Convention contains a notorious “military necessity” waiver that allows armies to attack cultural sites if the battle demands it.

“You immediately get the rank of captain,” explains Lt-Col Purbrick of his recruits — because, if you are going to persuade a busy battle-group commander not to park his tank on a museum’s lawn, you need some clout. Some reservists are ex-services; others have no military experience at all and need to head to Sandhurst for officer training. “You also need to minimise your burden on other forces. They are combatants and need to be able to fire a weapon, know combat first aid and be able to look after themselves.”

So does Purbrick believe cultural treasures are worth a soldier’s life? “The battlefield is seldom, if ever, as stark as where one has to make a choice between art and a life. But the individuals in the CPPU have joined up, and to that extent they are prepared to serve on military operations. It allows us to engage in ways we haven’t before — beyond guns — with the people we are conducting military operations among.” 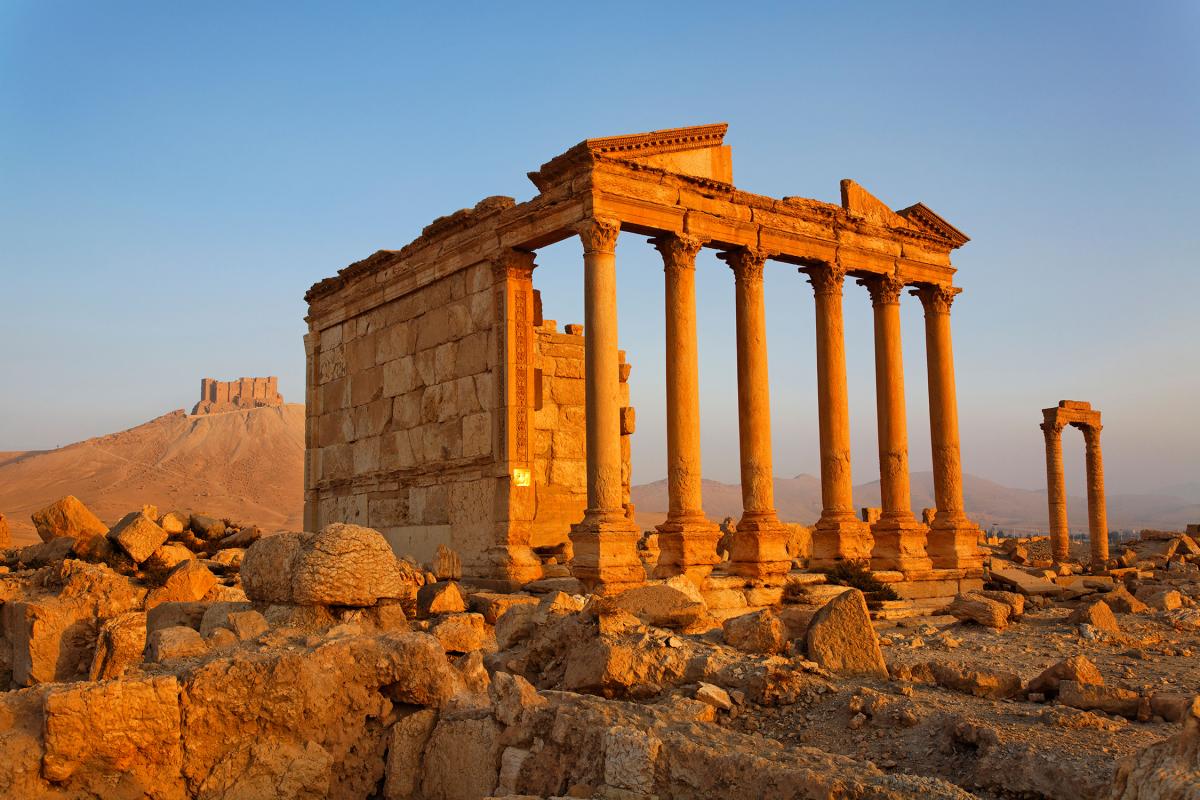 After the devastation to cultural heritage in Bosnia, Syria, Iraq and elsewhere, it would seem an unalloyed good thing that the British Army is beginning to take cultural protection seriously. Not everyone agrees. Since the Iraq wars, archaeologists have been arguing among themselves about the ethics of working with the military.

Some say that, at best, it offers a fig leaf of respectability for wars that are causing the damage in the first place; at worst, it risks their being embroiled in propaganda efforts about a good war, carefully fought. Following the coalition invasion of Iraq, forensic archaeologists uncovered the mass graves of Saddam’s victims; a worthy objective, but also useful as part of an ex post facto justification for toppling him.

The budget for establishing the CPPU is a few hundred thousand pounds. Compare that to the 380 Tomahawk missiles, each costing at least twice as much, that were launched in a single day in the invasion of Iraq.

Umberto Albarella, at Sheffield University’s department of archaeology, has been a vocal critic of embedding heritage professionals in the military, arguing that heritage work in war zones should be delegated to neutral organisations such as the Red Cross, the Blue Shield (the small cultural equivalent of the Red Cross) and Unesco. “Hats off to the people in the army who are caring for heritage — these are not bad people, they are well intentioned. We all want to save these monuments, we are all distraught as archaeologists and citizens when they are destroyed. But we can’t look at these things devoid of political context.”

Heritage specialists, Albarella says, can’t just be technocrats who ignore the wider ethical basis of a conflict. If you are part of an army, you don’t have the choice of when to get involved.

“I don’t really regard people in the CPPU as ‘embedded’,” he continues. “They are military personnel with particular specialisms [such as doctor or engineer]. ‘Embedded’ implies, to me at least, the inability to criticise.”

The archaeologist Peter Stone, Unesco chairman in cultural property protection and peace at Newcastle University, sees these arguments against the military getting involved in heritage protection as a counsel of despair. He has been instrumental in establishing the British Army’s CPPU, after a career that has seen him offering heritage advice to coalition forces in Iraq and targeting advice to Nato, to avoid cultural sites in its attacks on Libya.

“It is a stance that leaves culture in an extremely vulnerable position,” Stone argues. “If we as heritage specialists want to minimise the damage done to cultural property, there is no alternative but to try to influence those who are capable of doing significant damage — and capable of being proactively protective. If we want to get the attention of the military, we have to express CPP both in terms of stick [their legal responsibility] and carrot [the good CPP may contribute to mission success]. If we do not work with the military, we have no defence if they damage cultural property during a conflict. They are not heritage specialists, so how can we blame them?”

In Hampshire, the would-be Monuments Men and Women head off to the ruins of the nearby Royal Garrison Church (destroyed by a 1941 firebomb raid) to see how such a structure might be given a temporary roof. They are also there to understand how to gather evidence of war crimes.

This couldn’t be more important; cultural war crimes are often linked to humanitarian ones. As Raphael Lemkin, the man who originally drafted the 1948 Genocide Convention, wrote: “Burning books is not the same as burning bodies, but when one intervenes against mass destruction of churches and books, one arrives just in time to prevent the burning of bodies.”