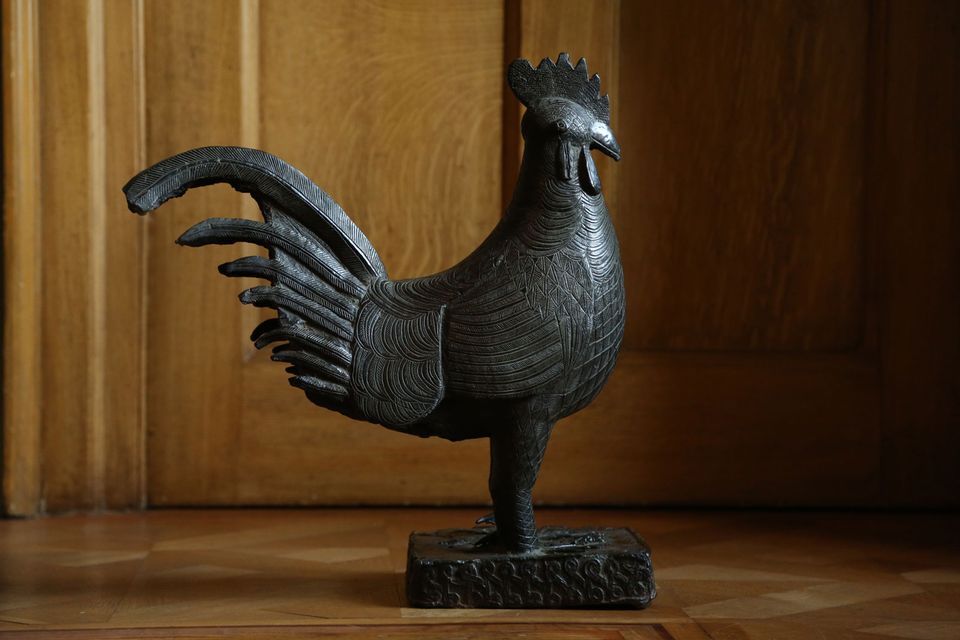 In Benin, cocks were sacrificial animals and bronze statues of them, like the one in Jesus college, adorned ancestral altars

A Cambridge college has decided to return a Benin Bronze to Nigeria. Jesus College will restitute a statue of a cockerel, which was looted by a British punitive expedition to Benin in 1897.

The cockerel has been displayed in the college refectory. After the student union called for its return in 2016 the statue was put into storage. An investigation by the college’s Legacy of Slavery Working Group now concludes that “there is no doubt that the statue was looted directly from the Court of Benin”.

In Benin, cocks were sacrificial animals and bronze statues of them adorned ancestral altars. The Jesus College example was presented by Captain George Neville, a former British army officer and father of a student. The coat of arms of Jesus College includes three cockerels and the Benin Bronze has been displayed rather like a heraldic trophy.

The college’s council this week agreed with the slavery working group that the “royal ancestral heirloom belongs with the current Oba [king] at the Court of Benin”. A statement says that “we do not yet know the exact detail of when and how the statue will be returned”.

Nicholas Thomas, director Cambridge’s Museum of Archaeology and Anthropology, regards the restitution as a “principled and progressive decision”. He believes that it will add momentum to the work of European museums in the Benin Dialogue Group, which supports the development of a new royal museum in Benin City.

In a separate move, Jesus College has confirmed that one of its greatest donors, Tobias Rustat, was deeply involved in the slave trade in the 17th century. This will now be acknowledged, since the college feels that it has an obligation to remember his legacy with proper contextualisation.

Barbados-born Sonita Alleyne, who was brought up in London and became Master of Jesus College in October, says that “after thorough investigation into the provenance of the Benin Bronze and Rustat’s investment in the slave trade, our job is to seek the best way forward”.