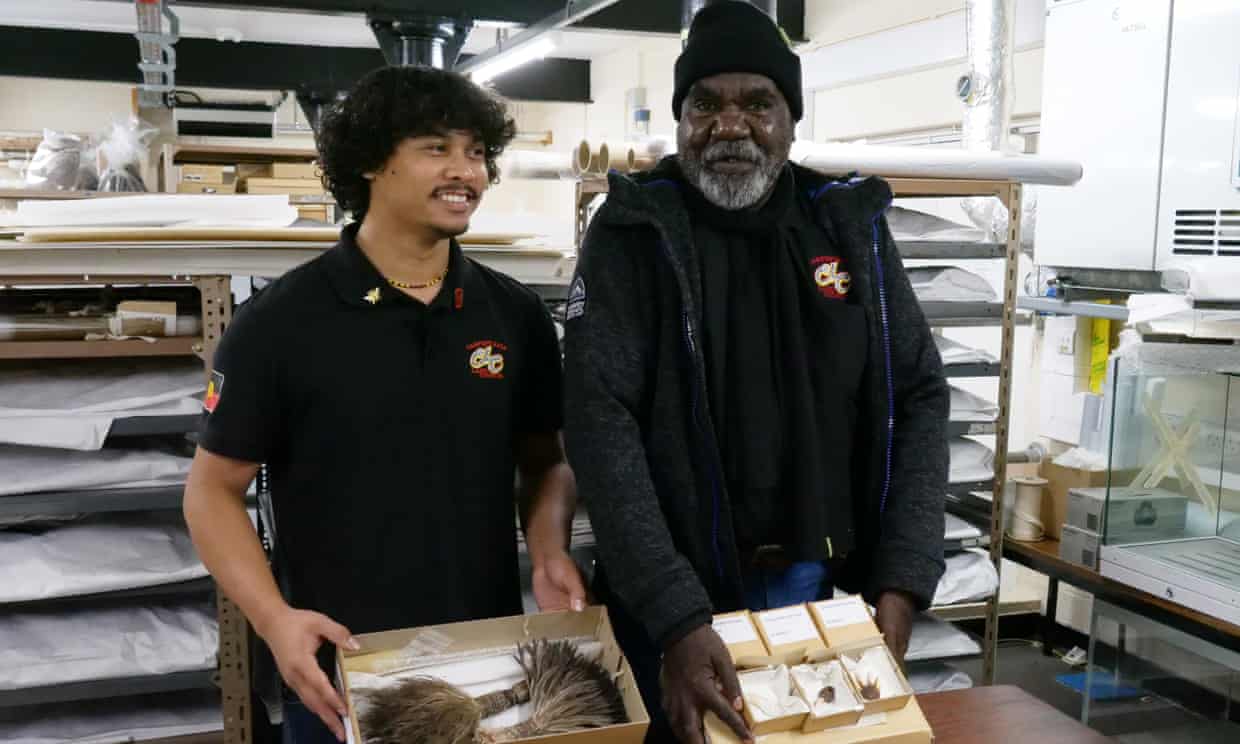 Sacred artefacts stolen from Indigenous Australians nearly a century ago have been handed back to their descendants in a ceremony in Manchester, paving the way for the return of tens of thousands of items from institutions across the UK.

Manchester Museum became the first UK institution to return ceremonial items to Aboriginal groups on Wednesday in a project to mark the 250th anniversary of Captain James Cook’s first voyage to Australia.

The artefacts, which included a traditional headdress made from emu feathers, are thought to have arrived in the UK at least 100 years ago, but many have not been on display for decades.

The items are among at least 32,000 sacred Indigenous Australian objects held by British institutions, including the British Museum and V&A, that have been identified by an Australian government-funded programme aiming to return to communities their cherished ceremonial items.

The Australian Institute of Aboriginal and Torres Strait Islander Studies (AIATSIS), which runs the repatriation project, said it had identified more than 100,000 items in 220 institutions across the world, most of which were gathering dust in the basements of museums in the US, UK and other parts of Europe. The British Museum, V&A, Wellcome Collection and Royal Anthropological Institute are among 43 institutions still holding sacred Aboriginal items in the UK, according to AIATSIS.< 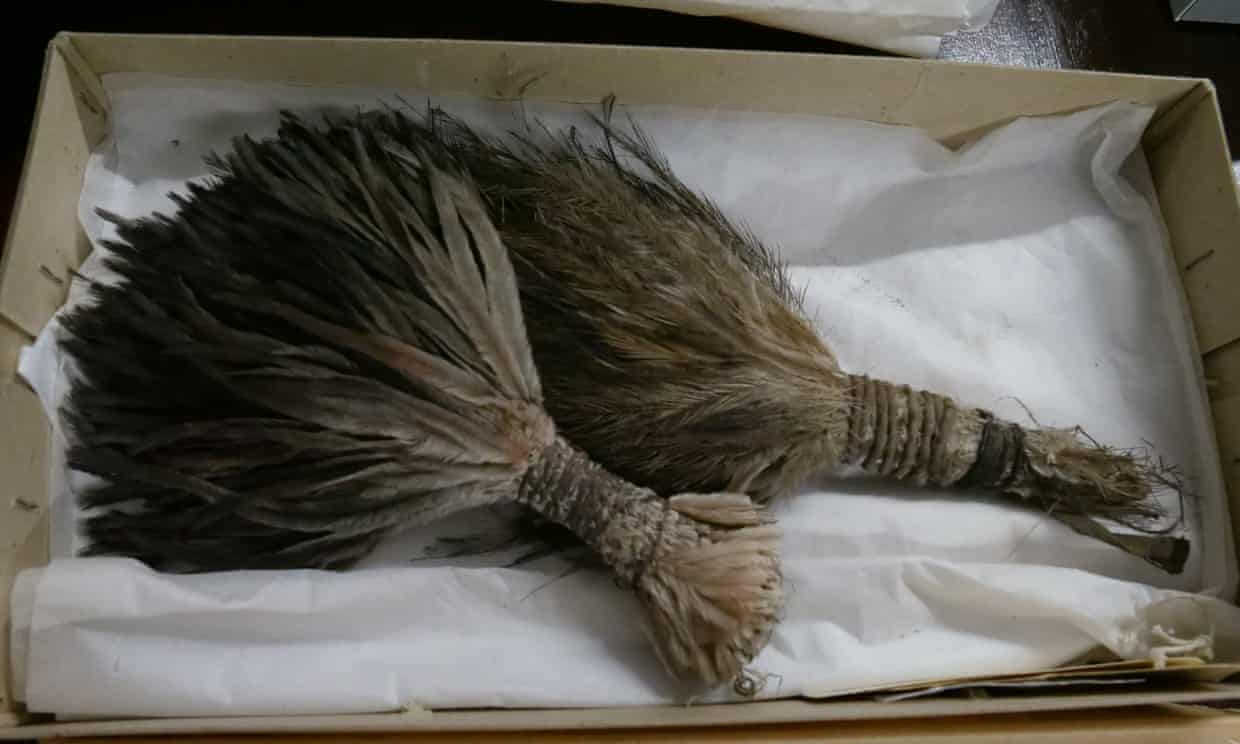 Heritage artefacts made of emu feathers. About 43 UK institutions hold Australian sacred items, many of which were acquired through colonisation of Indigenous communities.

Esme Ward, director of Manchester Museum, said there the museum sector had concerns about the repatriation of ceremonial objects but she hoped others would now follow their lead.


She added: “Part of this is almost a fear of not knowing what it might look like or what it might mean. Very often people will say, ‘Is it a slippery slope?’ No, I really don’t think it is. I think some museums, or even the museum sector, is in a bit of an existential crisis – particularly museums that are born of empire. The conversation about where collections belong is getting louder and louder and museums are out of kilter with the public sentiment.”

The artefacts in Manchester range from traditional body ornaments and slippers to a churinga, a wood or stone item believed to embody the spiritual double of a relative or ancestor, and clapsticks, a musical instrument used in Aboriginal ceremonies.

The first artefacts were formally handed back to representatives from the Indigenous Gangalidda Garawa group, whose heritage is said to date back more than 70,000 years, in a sacred ceremony at Manchester Museum on Tuesday.

Mangubadijarri Yanner, from the Gangalidda group who flew to the UK from Australia at the weekend, described the ceremony as “extremely emotional, spiritual and powerful – cathartic and healing”. He added: “They were taken from us, stolen from us, but it’s important now that we’re here to take them home.”

Yanner said the items would be flown back to Australia next week and greeted with traditional ceremonies, then some would be put on display in a visitor centre in Moungibi, or Burketown, an isolated outback town in Queensland.

He added: “We’ve always known that during the process of colonisation, which is continuing today in various respects, that our cultural heritage items were removed from us, were stolen from us and taken from us. With these specific items, I can say with authority that they were taken without permission.”

Speaking to journalists at Manchester Museum on Wednesday, three members of Indigenous Australian groups introduced themselves in their native languages – Wakka Wakka, Gangalidda and Garawa – over a somewhat incongruous setting of English tea and scones.

Christopher Simpson, director of AIATSIS and a Wakka Wakka descendant, said the items had ended up in Britain either through “the brutal colonisation of our communities, whether taken by force or [by explorers] taking over our country”.

He said: “We need to make it crystal clear that our people want our secret sacred items home. There are objects that are displayed in museums that we’d like to be empowered about and tell the full story of those items.”

Simpson said his team had spoken to 43 British museums holding such artefacts and that 29 had shared information about their collections. So far, 13 had said they were open to repatriating the items, he added.

Manchester Museum, which is part of Manchester University, is the first UK institution and only the second in the world to return sacred artefacts to the AIATSIS project. The anniversary of Cook’s expedition has divided opinion in both Australia and New Zealand.