Who Owns History? by Geoffrey Robertson

A polemic against the British Museum plagued by inaccuracies 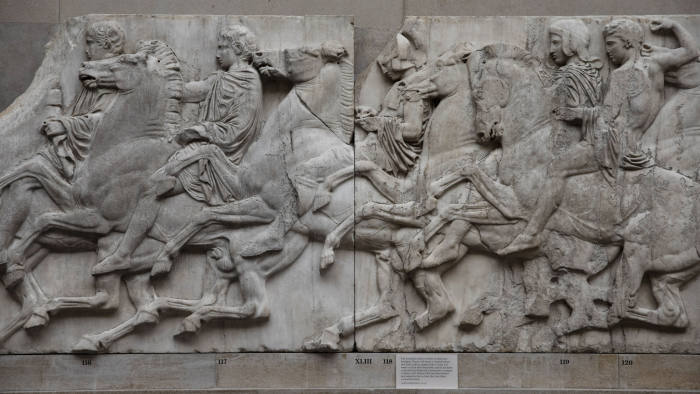 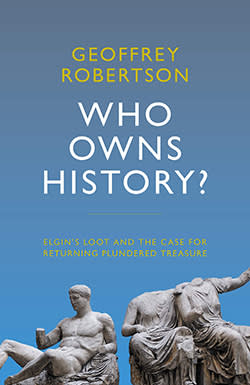 Robertson states that this is not a history book, and acknowledges that he checked some of its facts on Wikipedia. This approach to research may help to explain why he seems little interested in the latest scholarship on the Parthenon and why the book is littered with trivial errors and unsubstantiated assertions.
Take, for example, the claim that encyclopedic museums like the British Museum hold it as an article of faith that there are only two possibilities: their approach, which is to show the world to the world by exhibiting items of universal importance, or the approach of “nationalist museums concerned merely with proclaiming their own boastful narratives”. This may surprise the hundreds of institutions from Manchester to Mumbai and beyond that work with the museum as equal partners, sharing scholarship and ideas.
He repeatedly claims that, in order to justify their behaviour, the British Museum’s trustees shelter behind legislation that forbids the restitution of objects in their care. On the contrary, the trustees are driven by the conviction that the collection is a public good of inestimable value, which it is their duty to conserve and share as widely as possible.
That goes back to the ideas of the founders. Ownership of the collection was vested by parliament in a trust, whose mission was to preserve, freely display, research and hand on to posterity. In the words of James Delbourgo’s biography of Hans Sloane, whose collection formed the basis of the museum: “Sloane’s published will and the British Museum Act constitute British equivalents of the American Declaration of Independence and Federal Constitution of 1787. They are written enlightenment enunciations of universal egalitarian principles.”
Of course there are highly contested objects in the collection, and since the year 2000, there have been half a dozen official claims for restitution from around the world. That is not a high proportion of a collection of some 8m objects, but all such demands have to be treated with respect, as do the interests of those many other communities whose cultures are represented in the collection. In this context, the museum’s curators are its greatest assets. They have worked for years to build relationships of trust with colleagues around the world In Robertson’s view, the museum is an inward-looking institution that lives behind lock and key in London. Yet 8m people saw objects from the collection in UK museums outside London last year, and thousands more of its treasures were on view outside the country. Its international training programme has built an international alumni network of more than 250 colleagues. And British Museum people are working in Iraq to help curators there cope with the devastation brought by Isis.
There is much more to be done — to present the collections in ways that will make it easier to compare different cultures across the millennia, to encourage more diverse thinking, to exploit the opportunities of the digital world.
But the simple answer to the question, “who owns history?’, remains the one that was implied by parliament in 1753 when it passed an act establishing the British Museum. We all do.
Richard Lambert is chairman of the British Museum and former editor of the FT