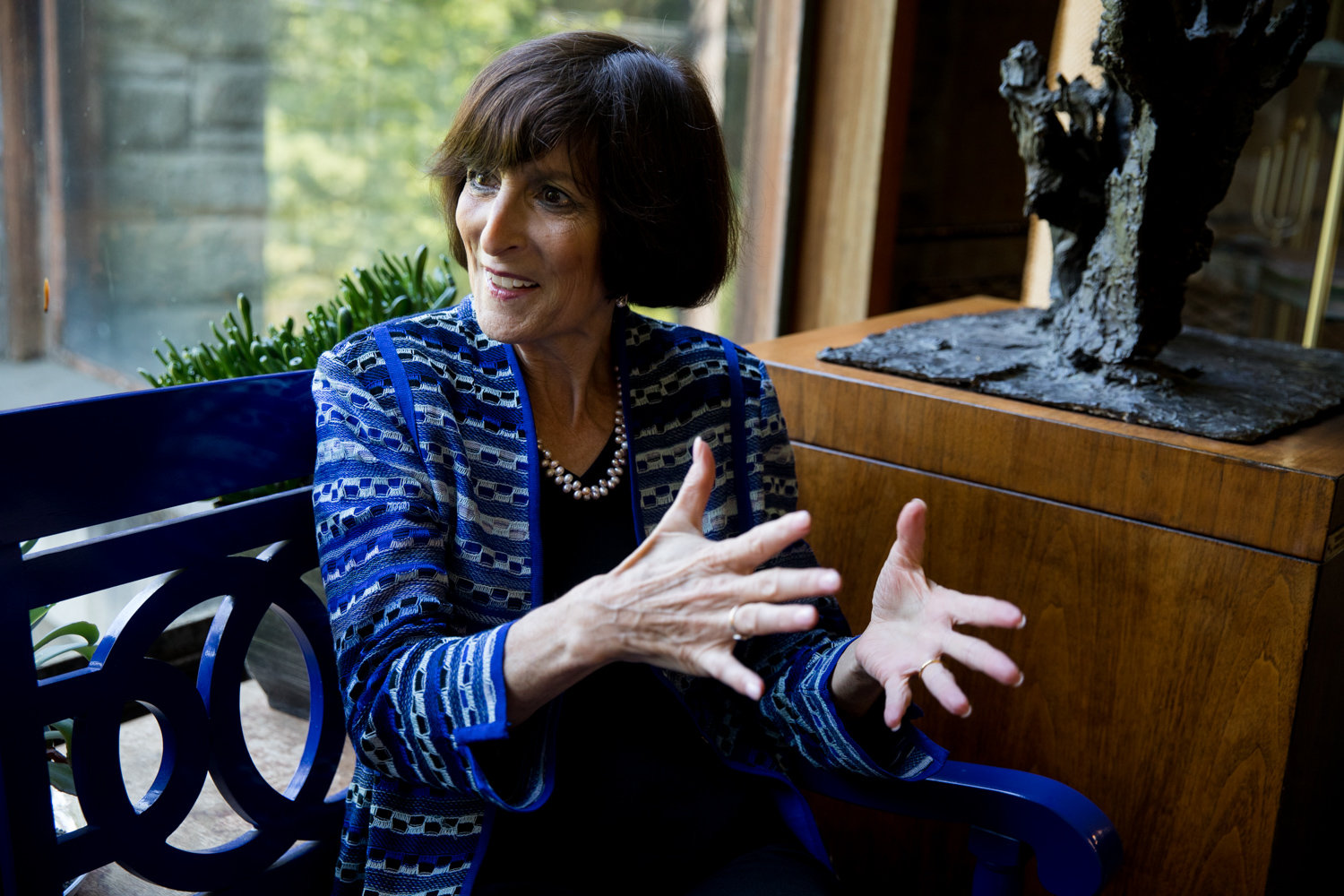 Karen Franklin talks about her work recovering lost art stolen from Jewish families by Nazis. Franklin was the recipient of a lifetime achievement award from the International Association of Jewish Genealogical Societies.

Karen Franklin’s genealogy journey began in her family’s basement during her years in college.

“I found a letter from Albert Einstein in my basement when I was hunting with my father,” she said.

It took years for her to find out the recipient of that letter was a family friend who had fled to England before World War II, and to the United States after the war finished.

“But I wanted to know what my family did, if they were able to help her,” Franklin said. “That was the impetus.”

With the popularity of websites like Ancestry.com, people around the world are delving into their family’s pasts easier than ever before. But Franklin started her work far before those websites came on the scene, reuniting art stolen during World War II with its owners, consulting with the Stolpersteine project on placement of memorial stones in front of the homes of Holocaust victims, and even simply connecting the dots in spotty family trees.

That work recently earned her a lifetime achievement award from the International Association of Jewish Genealogical Societies, which called her a “renaissance woman” of Jewish genealogy for her extensive work in the field.

Franklin and husband Rabbi Stephen Franklin moved to Riverdale in 1979 to take on spiritual leadership at Riverdale Temple. The pair had met at a synagogue in Philadelphia.

“He was my rabbi, I married my rabbi,” Karen Franklin said. “Which is somewhat unethical these days, but it was perfectly fine then. I was working as an assistant director of education in the synagogue and we fell in love.”

Once in Riverdale, she got a job at the Derfner Judaica Museum at the Hebrew Home, where she said she was lucky to be given a “long leash” to explore projects.

She started working on the restitution of looted art in the museum, trying to connect each piece with the family it belonged to before World War II.

“I was working on the collection in the museum,” Franklin said. “The art part and the history and genealogy. I was tracing the heirs — not just the piece — and where it was.”

At one point during her tenure at the Palisade Avenue institution, the museum received a collection of books from a synagogue that closed. Many of the books had names in them, providing Franklin with clues about how to find the families of the books’ former owners.

In fact, she’s experienced such a reunification herself. A project that returns objects looted by Nuremburg Nazis once contacted her about a book that had belonged to one of her distant relatives.

“The person was quite distantly related,” Franklin said. “I think there was no other heir that was closer. It’s a magnificent book, until I picked it up in Nuremburg. It was very moving, it was not only about my receiving the book, but learning about the work that people are doing.”

While she loves connecting families and making sense of specific details, Franklin also sees the importance of watching larger themes play out across her work. A disrupted family tree can be representative of connections lost during wars, or simply because the time didn’t allow for easy travel and communication.

For instance, she had seen records of Christian families leaving Eastern Europe for the United States in the 1900s. Those families sometimes didn’t like living in America, and soon returned to their home countries.

For Jewish families, though, there was more at stake during the violent pogroms of the early 20th century, and they were forced to stay where they landed.

“They disrupted families for generations,” Franklin said of the authoritarian regimes that carried out pogroms against Jewish communities in Europe, in the shadow of Hitler’s rise.

Franklin’s grandfather saw his own grandparents only once in his life in 1905 when he was just 5. After that, they only knew each other through photos sent back and forth over the years. He grew up in Philadelphia, while his grandparents never left Germany.

“Can you imagine? There was no Facebook, there was no Facetime,” Franklin said. “There were a few photos that they send back and forth, but that was it. It’s terribly sad.”

Even what’s typically overlooked when assembling a family tree can be revealing about history. After she delivered a lecture one day, a fellow genealogist approached Franklin asking her why she included every stillbirth and miscarriage on the family trees she presented.

“I said, ‘That’s the story of women. Imagine that mother who had eight stillborns. What a tragedy in her life,’” Franklin said. “That’s an important part of women’s history, and family history. It’s not just who my ancestors were, it’s part of history.”

She receives private inquiries into family histories frequently, Franklin says, and relishes diving into those histories.

“People who have a break in their past are the ones most interested in finding it,” she said. “My father came over before the war, in the early 1930s. He wanted very much to become an American. I didn’t know much about his family and where they were from.”

“I have a philosophy in life: You have to give back,” Franklin said. “If you can give money, give money. If you can’t give money, you give yourself.

“If you can give yourself and be a leader, you have a responsibility to be a leader.”