A Museum Planned to Show Dozens of Newly Discovered Nazi-Era Artifacts in an Exhibition. The Problem Is, Most of Them Are Fake

Objects from the collection were about to go on view at the Buenos Aires Holocaust Museum before experts spotted some key discrepancies.

Just last week, the Buenos Aires Holocaust Museum was planning to open a sensational exhibition on December 1 including a major trove of Nazi artifacts.

The group of 72 objects, which had been seized from an Argentinian collector in 2017, made worldwide headlines earlier this month when it was officially handed over to the museum by Argentinian police. Included in the hoard—the largest ever discovered in South America, and valued at a reported $34 million—were several busts of Hitler, a Nazi-decorated ouija board, and medical tools such as a device for measuring the circumference of skulls. The media had dubbed the hoard “Hitler’s Silver Treasure.”

But last week, the museum received a damning report authored by a international delegation of experts declaring the vast majority of the trove to be fakes produced after 1945. Among the telltale signs were various misspellings on artifacts, inscriptions naming fake company, and unverifiable locations from where the objects supposedly came. According to the report, only 10 of the objects are authentic, and 62 others were deemed counterfeit. While several objects do indeed date to the Nazi era, a large portion of the forged works were embellished with insignia to connect them with the Nazi party after the end of the war. 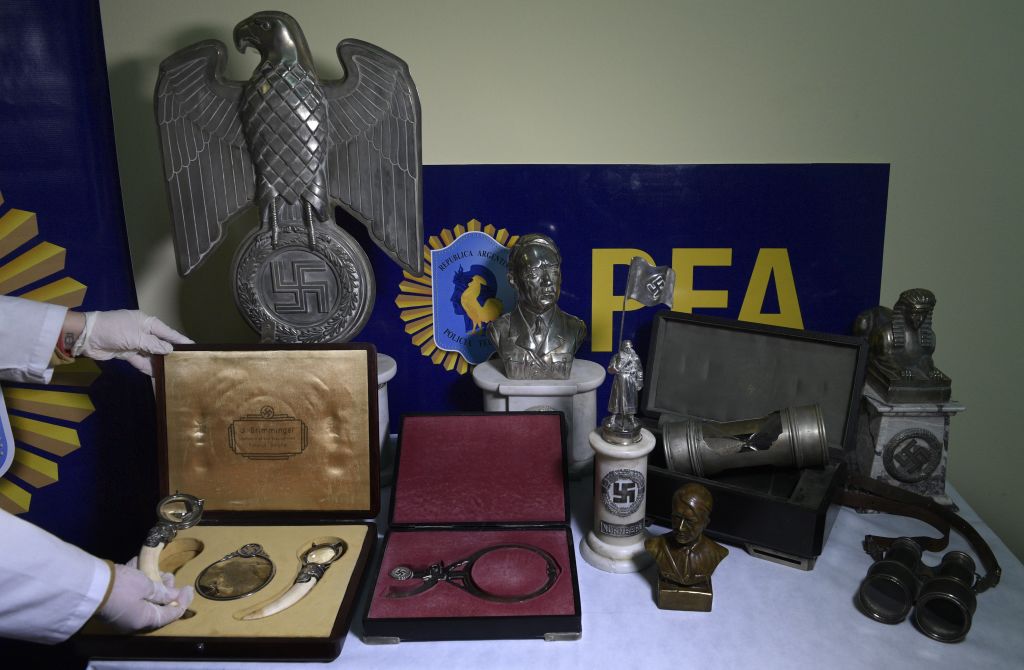 The delegation of 32 European experts who examined the artifacts included representatives from the German History Museum, the National Police of the Netherlands, and Berlin’s Topography of Terror, among other institutions.

One member of the group, Stefan Klingen from the Central Institute for Art History in Munich, told artnet News that there were some blatant details that tipped the group off about the trove. While many of the objects do date to the 1930s, the swastikas, engravings, and other supposedly wartime inscriptions were not affixed until after 1945. “The medical instruments do not originate from the Nazi period, but are older and were subsequently provided with [Nazi] symbols and false company names,” he told artnet News.

Speaking of one inscription on an object, Klingen says: “The ‘Amt für Rassenpolitik’ [Department of Race Politics] never existed in this spelling. The correct spelling must be ‘Rassenpolitisches Amt der NSDAP.'”

Reached by artnet News, the Buenos Aires Holocaust Museum confirmed that the fake works and those that were adulterated in the post-war period would not go on display. 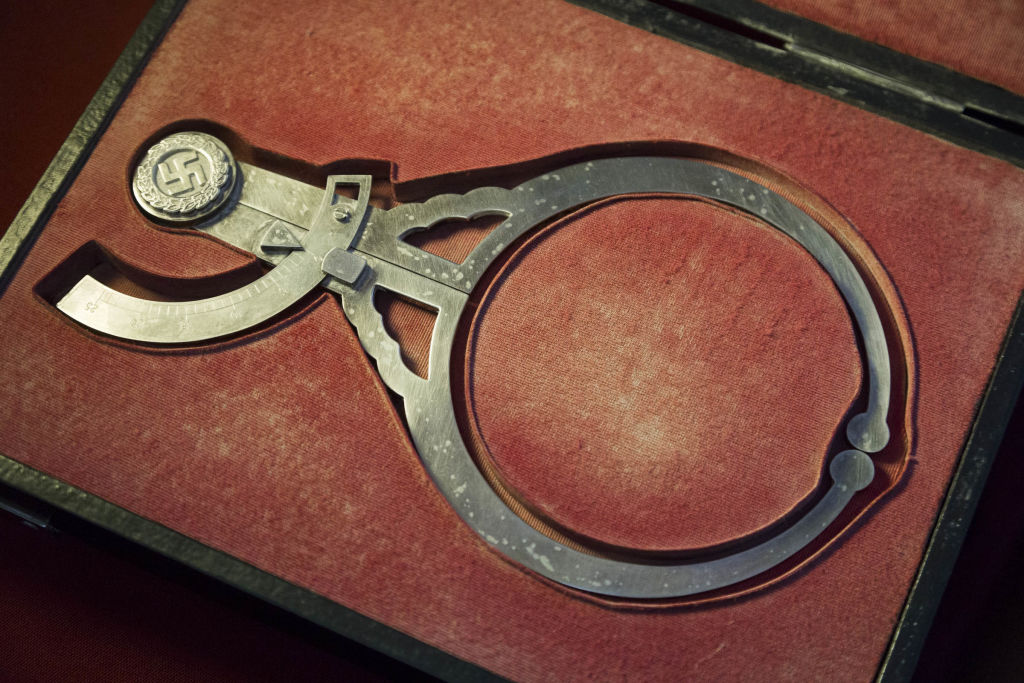 A device for the measurement of skulls at Interpol offices in Buenos Aires, Argentin

In the report, which was obtained by artnet News, the authors suggest that the objects could be returned to Germany. They note that the Military History Museum in Dresden, the Zeppelin Museum in Friedrichshafen, and the State Museum in Schwäbisch Gmünd have already expressed interest in objects from the trove. The museum told artnet News that it is considering the suggestion.

The artifacts were seized during a series of raids in the wealthy outskirts of Buenos Aires, where collector and antiques dealer Carlos Olivares had hidden them. According to the Australian, Olivares purchased the items over 20 years ago, believing them to be copies. He faces up to three years in prison if convicted of violating cultural heritage protection laws. Argentina has the largest Jewish population in South America.

“The historical significance of these objects is low,” Klingen said, adding: “Overall, one must assume that the objects were created for a thriving market in South America.”