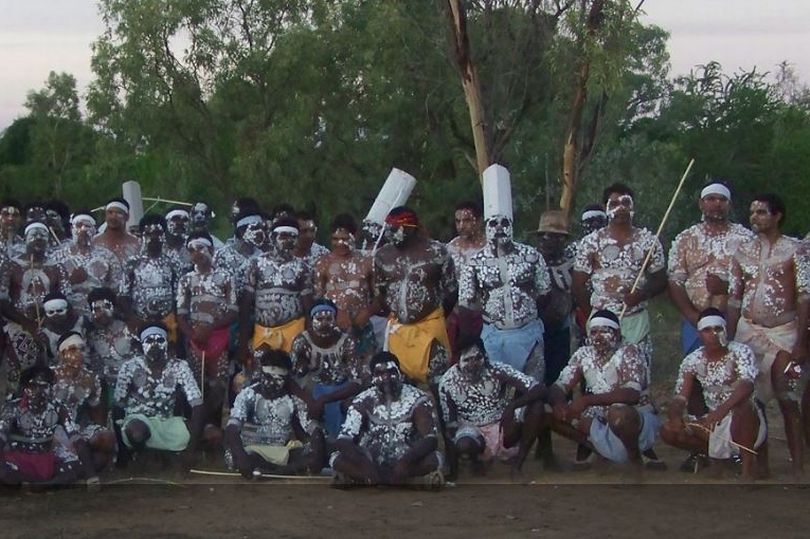 "Locked deep within these items is our lore; our histories, our traditions and our stories"

Manchester Museum has become the first in the country to hand back sacred objects to aboriginal communities in Australia.

The museum, part of The University of Manchester on Oxford Road, has been in possession of the material since the 1920s.

Ceremonial items, artefacts and even human remains were often collected by British colonists at a time when indigenous people were seen as less than human.

Australian Aborigines and native Americans have been campaigning for the return of such objects for decades.

Manchester Museum is one of a number of British institutions that has been active in returning ancestral remains to their communities of origin since 2003.

But the repatriation of 43 sacred objects to the Aranda people of Central Australia, Gangalidda Garawa peoples' of northwest Queensland, Nyamal people of the Pilbara and Yawuru people of Broome marks a UK first.

Craig Ritchie, from the Australia Institute of Aboriginal and Torres Strait Islander Studies (AIATSIS), welcomed the decision as significant not only for the Aboriginal peoples whose items are coming home, but also for Australia more broadly.

"We congratulate Manchester Museum for their commitment to recognising the importance of repatriation for all Australians, which promotes healing and reconciliation, and ultimately fosters truth telling about our Nation’s history," Mr Ritchie said.

In late November, the first of two formal handover ceremonies will take place at Manchester Museum with delegates from Gangalidda Garawa, Nyamal and AIATSIS.

"The repatriation of our sacred cultural heritage items is a fundamental part of the healing and reconciliation process, both within our communities and between our mob and the Government," Mangubadijarri Yanner, Representative for the Gangalidda Garawa Native Title Aboriginal Corporation said.

"Bringing these sacred cultural heritage items back to Country is important and necessary for the purpose of cultural revitalisation – because locked deep within these items is our lore; our histories, our traditions and our stories."

The news was also hailed by Manchester poet Lemn Sissay who tweeted: "News just out: Manchester Museum is the first UK Museum to repatriate secret and sacred objects to aboringinal communities in Australia. History made!"

The return marks the first repatriation from the United Kingdom for the Return of Cultural Heritage project being led by AIATSIS, and the second to occur after the recent announcement of 42 objects to be returned from the United States of America.

Esme Ward, Director of Manchester Museum, said: “By taking this action Manchester Museum will become more inclusive, caring and relevant to the communities it serves both locally and globally.

"Our work with AIATSIS to promote understanding between cultures, learn together and build new relationships for the future has never been more important or timely."

"We look forward to working with other museums to strengthen trust with source communities globally, work collaboratively, encourage open conversations about the future of collections and critically, take action."

“Our students will be the next generation of global citizens making changes in the world and actions such as these set a really positive example for them to emulate.”