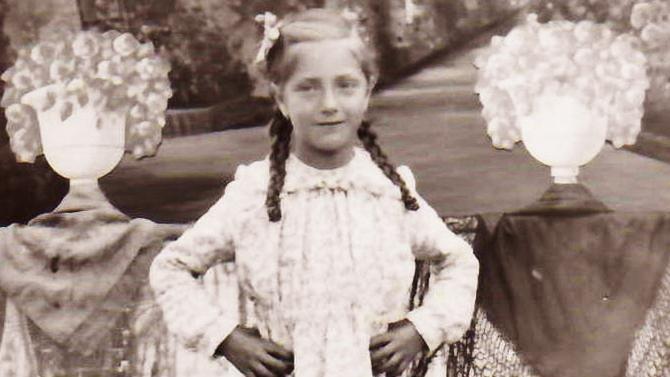 A woman has been reunited with a childhood portrait confiscated from her father when he entered a Nazi concentration camp in 1940.

The photograph of Paquita Jourda, née González, now 83, had lain for 79 years in German archives until Antonio Muñoz, a historian, discovered it. He traced it to Francisco González, one of the few Spanish prisoners to survive the Mauthausen and Dachau camps.

Teresa González, his wife, had a studio picture taken of their daughter in about 1939 while her father was working in the mines of French Algeria.

He had previously been a driver for the defeated Republican side in the Spanish civil war and was interned by the Germans while working in eastern France in 1940 and then imprisoned in the camps. After liberation in 1945, González made his way to Font-Romeu in the French Pyrenees, where his wife had lived since 1939. Paquita had remained with her grandparents near Barcelona and was smuggled into France to rejoin her parents in 1945 when she was ten.

The historian spent eight months tracing the family in the photograph as part of a Stolen Memories project at the Rovira i Virgili University at Tarragona, Catalonia. He found the picture at the Arolsen Archives, a German centre that documents victims of Nazi persecution. Mr Muñoz brought the picture to Mrs Jourda in Font-Romeu late last month. Ms Jourda, who is married to a retired French serviceman, said: “It’s as if everything is coming back.”

She said that she had always felt a distance from her parents because they had left her in Spain in early childhood. Discovering that her father had held on to the picture as one of his few possessions in 1940 had made her “realise how much he must have loved me”.