Three Derain works are at the center of the legal decision, which the plaintiff has promised to appeal. 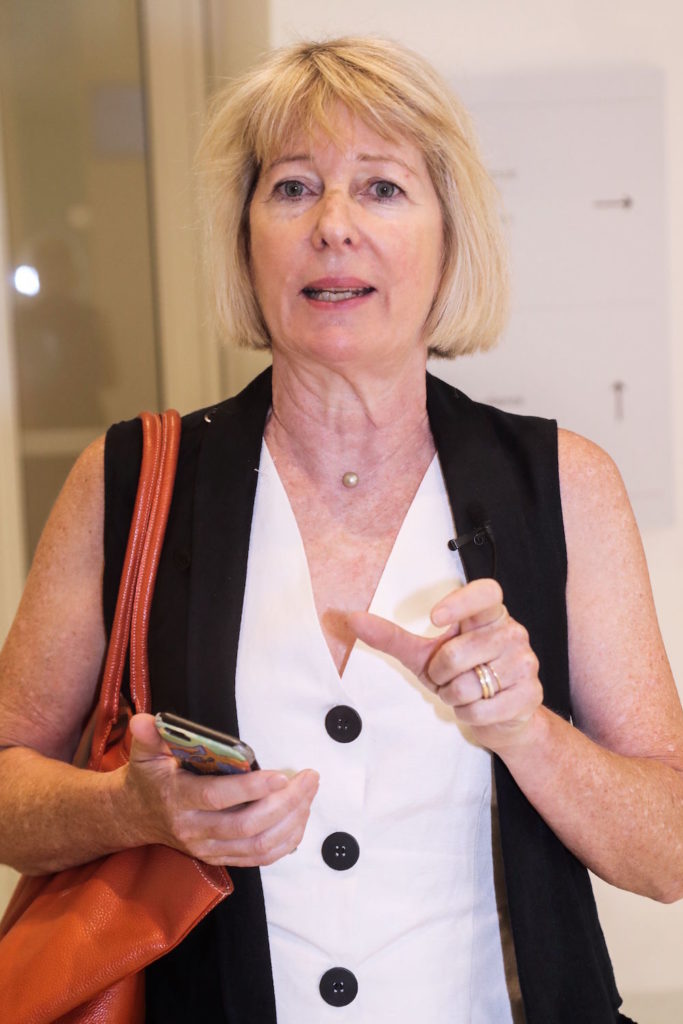 Plaintiff Claire Touchard speaks to the press as she arrives in the courtroom for the opening of a trial with members of her family, descendants of René Gimpel, who filed suit against the French state for restitution of three Derain paintings.

A Paris court has denied a request by Claire Touchard, a descendant of the Jewish French dealer René Gimpel, to return paintings she says were stolen from him during World War II.

The court ruled that there was not enough evidence to determine whether the three paintings, all by Fauvist painter André Derain, had been looted. Instead, the works of art will remain in place at the Modern Art Museum of Troyes and Marseille’s Cantini Museum.

“The court was too prudent,” Touchard told France24. “You need courage to take paintings away from national museums.” She said she plans to appeal the decision.

Gimpel acquired the three Derain paintings in 1921, when he was a major Paris dealer who also operated galleries in New York and London. Pictures taken at the time show the works—A View of Cassis, Chapelle-Sous-Crecy, and Pinewood in Cassis, all done between 1907 and 1910—in both his home and on the walls of his gallery.

When the war broke out, Gimpel took his family to the south of France but could no longer return to his home and gallery in Paris and had no access to his art collection. He reportedly sold paintings through his housekeeper and a relative who was still living in Paris.

German officers allegedly seized paintings that Gimpel attempted to have shipped to him in southern France. The dealer then tried to sell other paintings through galleries that promised to conceal his identity. He managed to sell some paintings at prices well below market value, which under French law is considered a “forced sale” that equates to illegal plundering.

However, it is unclear whether the Derain paintings were among those that Gimpel sold under duress. He later died at the Neuengamme concentration camp in Northern Germany.

“The family failed to prove those specific paintings were still in his possession during the war,” attorney Beatrice Cohen, the lawyer representing the Troyes Modern Art Museum, told France 24. She said that while there is no doubt that Gimpel purchased the paintings at the Hôtel Drouot auction house in 1921, there are some inconsistencies regarding references in his stock ledger with respect to sizes and titles.

Corinne Hershkovitch, the attorney for the family, said the dimensions were different because the original canvases were relined. The title were different, she said, because Gimpel renamed them for marketing purposes. Hershkovitch says she is optimistic about prospects for an appeal.

The auction record for a painting by Derain is $24 million (£16.3 million), set for a 1905 landscape, Arbres à Collioure, that sold at Sotheby’s London in June 2010, according to the artnet Price Database. The database lists more than 4,000 results for Derain. Nine works have sold for more than $5 million each at auction and 29 works have sold for $1 million.