For first time, advisory team stipulates that work must not be sold for ten years in case evidence emerges that contradicts its ruling 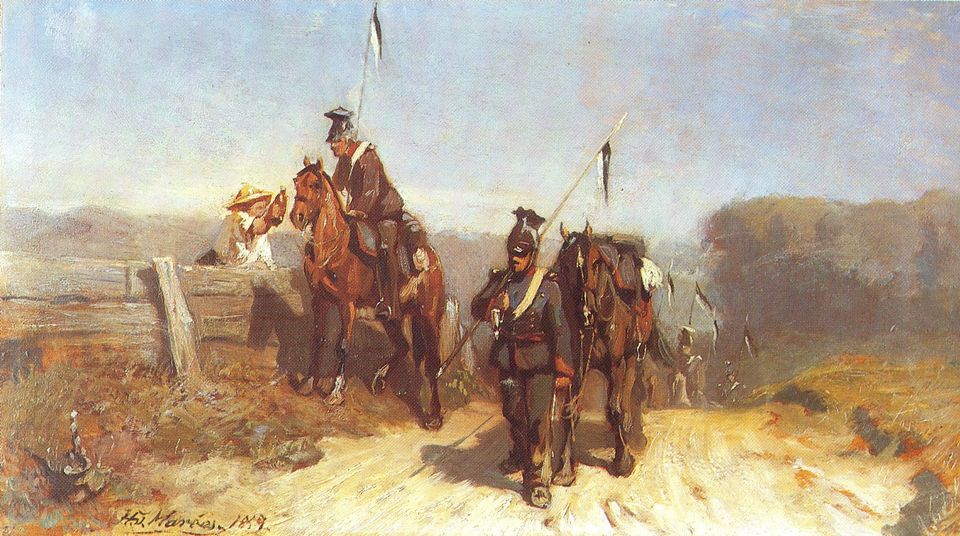 The dispute over a painting sold by the Jewish dealer Max Stern, who fled Nazi Germany in 1938, has exposed a rift in Germany’s advisory panel on Nazi-looted art claims. Though the panel recommended a conditional restitution of Hans von Marées’s Ulanen auf dem Marsch (Uhlans on the March, 1859), it also, for the first time, published a dissenting minority opinion arguing that it should not be returned to the heirs at all.

The oil-on-wood painting was bought by the Bavarian State Painting Collections in 1986. The Max Stern Art Restitution Project says the work belonged to Stern, who sold it in 1936. The Munich institution argued that there is not enough evidence that Stern was the owner and that he could have sold it on consignment. It also questioned whether the sale should be viewed as a loss incurred through Nazi persecution.

The advisory panel recommended that the painting be returned to Stern’s estate, but stipulated that the heirs cannot sell it for ten years in case evidence emerges that Stern sold the work on behalf of a Jewish owner whose descendants would have a legitimate claim. It is the first time the panel has set conditions for a restitution.

The recommendation describes the sale as “equivalent to a forced sale due to persecution by the Nazis.” But the dissenting view, published with the recommendation on 19 August, sides with the Bavarian State Paintings Collections, arguing that the sale was a normal gallery transaction and there is no evidence Stern didn’t receive payment.

Founded by Julius Stern in 1913, Galerie Stern was located on the prestigious Königsallee in Düsseldorf. Its main focus was local painters of the 19th century, although it also sold contemporary art and Old Masters. As early as April 1933, the gallery fell victim to a graffiti attack in the boycott of Jewish businesses orchestrated by the Nazis.

Stern took over the gallery after the death of his father in 1934. He was ordered to liquidate it in 1935 and was awaiting the outcome of his appeal at the time the work by Marées was sold in June 1936. He managed to run his business until 1937, when he was forced to close and sell his stock at an auction in Cologne.

The dealer fled Germany and settled in Montreal in 1941, where he once again built a thriving art business as the director and, later, owner of the Dominion Gallery. He died childless in 1987 and bequeathed the bulk of his estate to three universities—Concordia and McGill in Montreal, and the Hebrew University in Jerusalem.

In 2002, his estate, now known as the Max and Iris Stern Foundation, launched an initiative to recover his lost art, the Max Stern Art Restitution Project. The foundation is seeking around 400 works altogether. The painting by Marées will be the 21st it has recovered.