With a New Show, the V&A Has Become One of a Handful of Museums Outside of Germany to Address the Legacy of Nazi-Era Loot

In December, an exhibition will explore previously untold stories of Nazi theft. 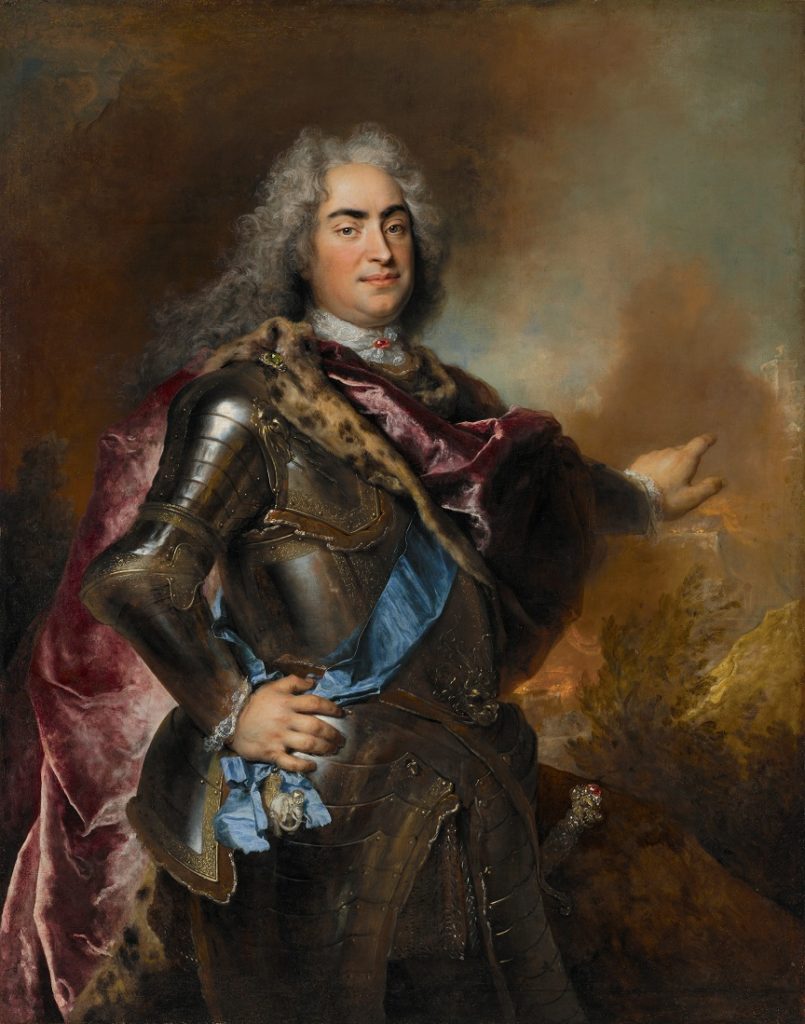 Nicolas de Largillière, French's portrait of Augustus the Strong, Elector of Saxony and King of Poland (around 1715)., Courtesy of the Nelson-Atkins Museum.

On Kristallnacht, the Nazi mayor of Frankfurt spotted a chance to seize the art collection of one of the wealthiest men in Germany in one fell swoop.

As synagogues burned and Jewish-owned businesses were attacked, he made Maximilian von Goldschmidt-Rothschild an offer that he could not refuse: if the 94-year-old banker sold his art to the city, a sign would go up outside his mansion protecting it as municipal property.

Within days, the city’s museum directors arrived to create an inventory of the famed collection, and soon after, the Nazis declared his home a new branch of the Frankfurt Museum for Decorative Arts.

A gold snuffbox owned by Goldschmidt-Rothschild is one silent witness to that terrible night in Germany in November 1938. The object, which will be on view at the Victoria & Albert Museum in December in a display titled “Troubling Objects,” is one of several to tell previously untold stories of Nazi theft.

The show, which is organized by the V&A’s new provenance and spoliation research curator, Jacques Schuhmacher, will be the museum’s most significant move thus far to address objects with “provenance gaps”—a euphemism for art and artifacts that could have been stolen or sold under duress during the Nazi era. 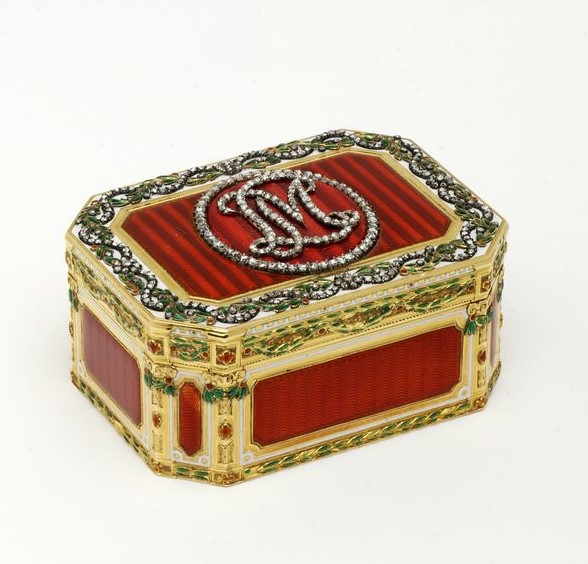 A box from the Goldschmidt-Rothschild Collection at the V&A, Gilbert Collection.

“We knew [the box] had come from a Rothschild collection, but not which one,” Schuhmacher tells artnet News. After in-depth research, including into Frankfurt’s archives, Schuhmacher discovered that after World War II, Maximilian’s son, Rudolf, who had served in the US military, successfully recovered parts of the collection, including the gold box. “A lawyer would stop there. Case closed,” Shuhmacher says. “We will try to use it to tell the story of Nazi looting.”

Schuhmacher is the first dedicated provenance curator to be appointed by a UK museum. “In Germany there are more than 100,” he says. “Almost every small municipal museum has had a display about looting during the Nazi era.”

Exhibitions outside Germany about the topic are only recent affairs, however. Last year, the Louvre displayed more than 100 works of art with problematic provenances for the first time. And the Kunstmuseum in Bern has been engaged in a deep dive into its collection of works gifted by Cornelius Gurlitt, who inherited Nazi loot from his war-profiteer father, Hildebrand. This summer the Kunsthaus Zurich revealed its provenance research into works by Lovis Corinth, Otto Dix, Käthe Kollwitz, and Edvard Munch as part of the exhibition “Hour Zero: Art From 1933 to 1955.”

The director of  Nelson-Atkins Museum of Art, Julián Zugazagoitia, says painstaking research into Nazi-looted art is essential. The Kansas City museum is currently showing “Discriminating Thieves,” which includes a painting looted in 1938 from another member of the Rothschild dynasty.

The Gestapo confiscated Alphonse and Clarice von Rothschild’s portrait of Augustus the Strong, Elector of Saxony and King of Poland (around 1715) by Nicolas de Largillière. The Baroque-era painting was earmarked for Hitler’s planned Führermuseum in Linz. Discovered in a salt mine in 1945, it was restituted to the Rothschild family in 1947 after which it made its legal way to the US museum’s collection. 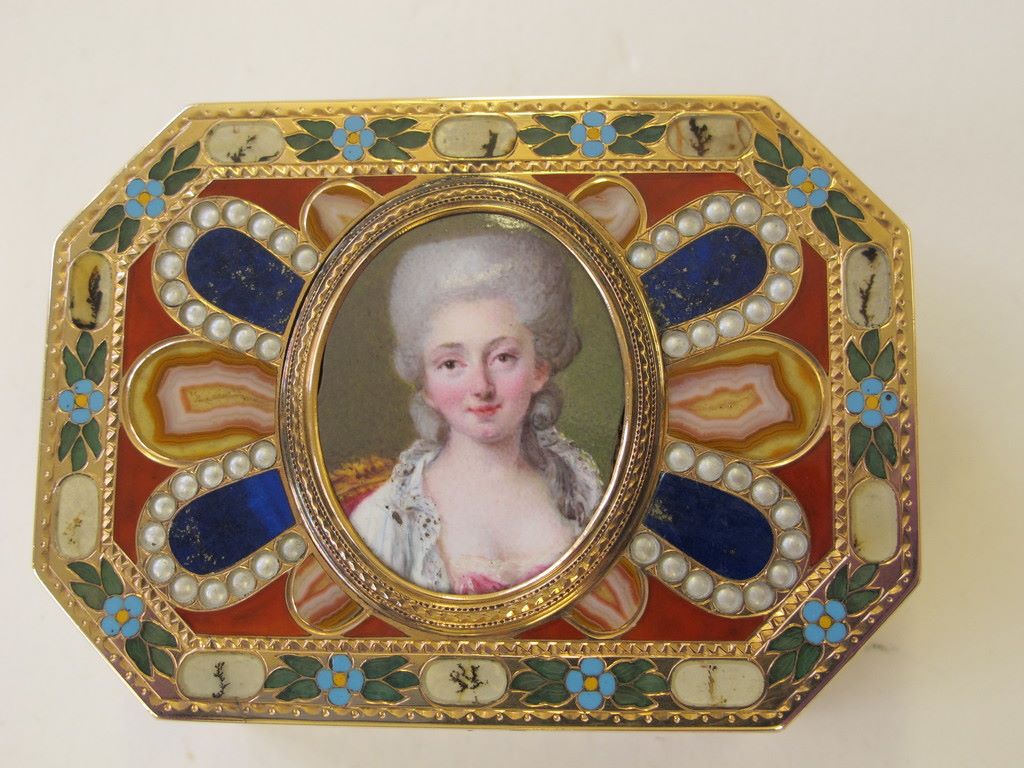 Box with Eugen Gutmann Provenance at the V&A.

Schuhmacher admits he was surprised after starting at the V&A that the museum “was not super cautious or stonewalling” about sharing its research.

“They said, ‘if there was a problem, we will communicate it.'” He pays tribute to Tristram Hunt, a politician-turned-museum-director, who is also addressing the legacy of its colonial-era loot, as well as supportive curatorial colleagues. Last year, Alex Jones, and assistant curator in the V&A metalwork department, organized the display of the Maqdala Treasures taken from Ethiopia, which candidly presented the history of their seizure in the 19th century by British troops.

Overall, Schuhmacher has so far identified more than 80 objects in the museum that have raised red flags when it comes to provenance research. The V&A’s goal to identify the families to whom these works may belong, he says, and also to share information with the wider public.

“The V&A is taking a very proactive stance, which is unusual outside Germany,” says Emily Gould of the Institute of Art and Law. “There is an increasing understanding that there is so much work to be done. Provenance research must not be a box-ticking exercise,” she stresses, adding that there will always be some degree of tension between legal necessities and ethical demands. “But the law has not got all the answers about the Nazi era,” she says.

“We now have enough distance from the horrors of World War II to absorb the impact of the Nazi looting of art,” Zugazagoitia says. As museums become more transparent about the histories of the tainted objects in their collection, he adds, it “can help us all heal and better understand the past.”