Three museums in Munich returned nine artworks to the heirs of Julius and Semaya Franziska Davidsohn, Jewish collectors who were persecuted by the Nazis during World War II, at a ceremony held at the Bavarian National Museum on Monday, August 5. The works—five paintings, three prints, and a wooden panel with ivory reliefs—were confiscated from the couple’s apartment in Munich in 1938 and found their way into the collections of the Bavarian State Painting Collections, the Bavarian National Museum, and the State Collections of Prints and Drawings in 1955. 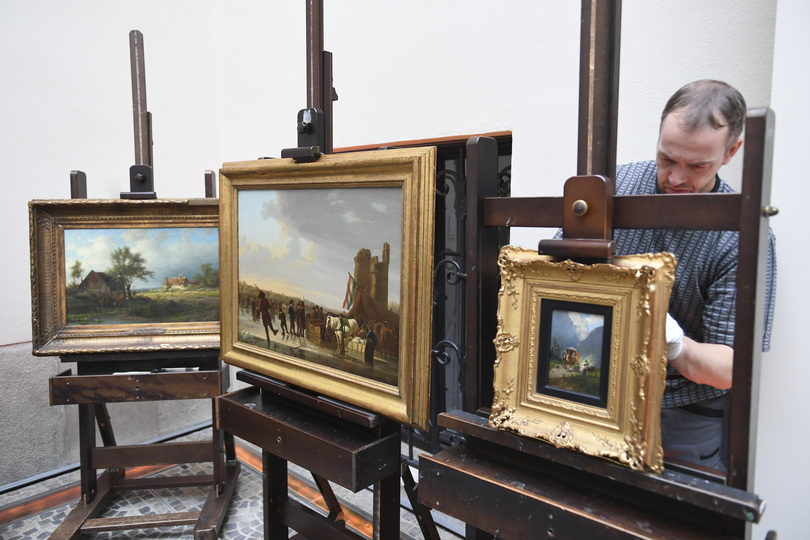 When the Davidsohns were sent to the Theresienstadt concentration camp, where Julius died in August 1942 and Semaya died a few months later, in April 1943, the works ended up at a collecting point at Munich’s Königsplatz before they were acquired by the museums. While researchers were able to locate the Davidsohns’ descendants, who were found in London, South Africa, and Tel Aviv, Bernd Sibler, the state minister of the arts, told Bayern 2 radio that it was challenging to determine who was legally entitled to inherit the works.

“Provenance research is more than just a duty of our museums,” Sibler said. “It is our ethical duty, to deal with the provenance of museum inventories thoroughly, profoundly, and conscientiously and to make it transparent. Past events cannot be undone, but we can send a visible sign of our deep and serious interest to process the inhuman crimes of the National Socialism.” Bernhard Maaz, the director of the Bavarian State Painting Collections, added that the museums’ ability to successfully discover the works’ rightful owners shows how much research methods and tools have improved over the years.

Hardy Langer, a representative of the heirs, said: “The community of heirs consisting of the Langer family from Mannheim and Bielefeld and the Sela and Elasar family from Israel, the Dannheisser family from South Africa, and the Moses family from London heard with great interest that the artworks of the Davidsohn family were found and that the Free State of Bavaria wanted to return these objects. It is very illuminating for the community of heirs to find out about the fate of the former Davidsohn family and to be able to commemorate them. We would like to thank Dr. Andrea Bambi [of the Bavarian State Painting Collections] and her entire team for the years of work and commitment to reestablish clarification and justice.”