In recent years, there has been lively debate in countries with a colonialist past regarding their legacy of looting of antiquities and works of art. In Israel a similar debate has surfaced in recent years at a time when an increasing number of researchers are engaged in studying various aspects of the 1948 War of Independence.

Dr. Gish Amit, for example, has written about the 30,000 books that had belonged to Palestinians and were later transferred to the National Library of Israel in Jerusalem. And curator Rona Sela has researched the looting of Palestinian photographs that were buried in the State Archives. In addition, Zochrot, an Israeli organization that is working to promote awareness of the dislocation of Palestinians during the War of Independence, documents acts of looting that took place during the war. 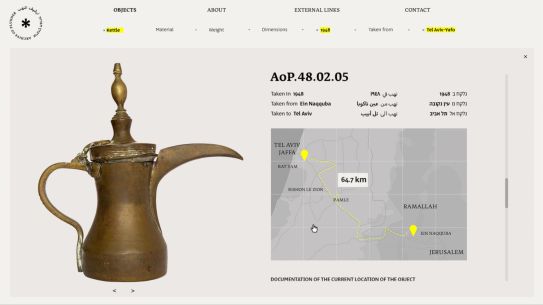 Screenshot from the Archive of Plunder database.

For her part, 25-year-old Aya Gov, a student in the visual communications department at the Bezalel Academy of Arts and Design in Jerusalem, created the "Archive of Plunder" as her final student project. It’s an online platform that documents the plunder from the War of Independence. She worked on it with her brother, curator Itamar Gov, under the direction of Bezalel faculty adviser Koby Levy. The online archive features a picture of each object, and when it is known, a map showing its original and current location and an assessment as to who took it.

“The project began from our own personal experience,” she said. “In February 2018, our grandmother died and we found ourselves with a crate containing five copper items that had been in the house through the years, and we never knew anything about their background. We decided that we wanted to understand the story behind the objects that Grandpa, an officer in the Alexandroni Brigade, had according to the stories brought from old Jerusalem.”

Her brother added: “We decided to research if what we had in the house could be found in thousands of other homes in Israel, maybe tens of thousands. We sniffed around to find out who had objects of this kind. It’s very hard for people to say that objects in their possession were taken from Palestinian homes. You can always say that the object was bought in some flea market, or that it was a gift from Cairo.” 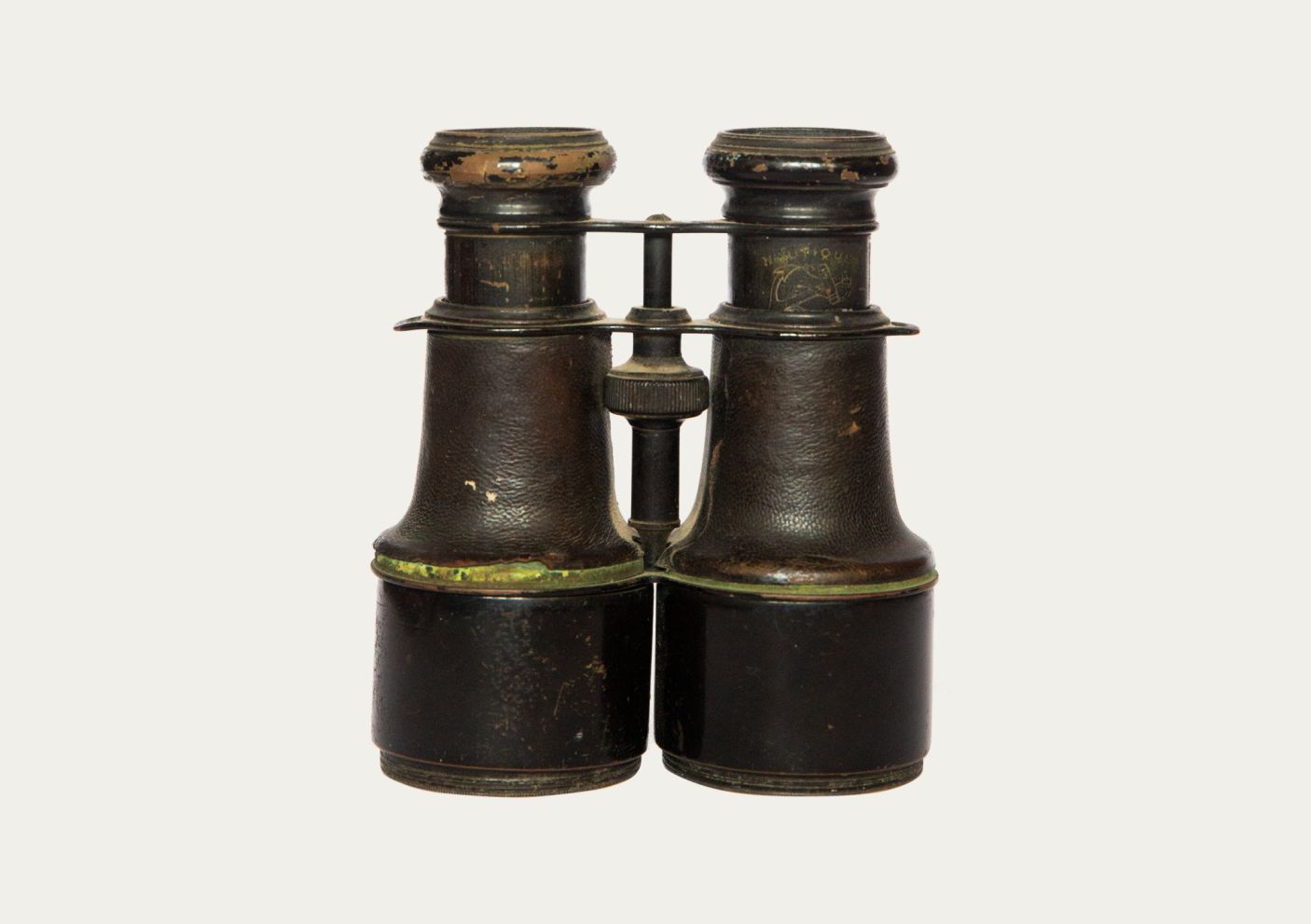 Binoculars taken from a home in Jaffa

Finding the original owners or people who were involved in taking the object is critical to reconstructing the story behind the items, he explained. “We’re trying to find as many people as possible from the 1948 generation, which is gradually disappearing.”

The Gov sister and brother noted that there was nothing exceptional from a historical perspective in the fact that Palestinian property was looted. “In every war there has been looting. Denying what happened in 1948 in this context relates to the myth that the founding of the State of Israel took place while maintaining purity of arms, and that they did only what was necessary to stay alive,” Itamar Gov said. 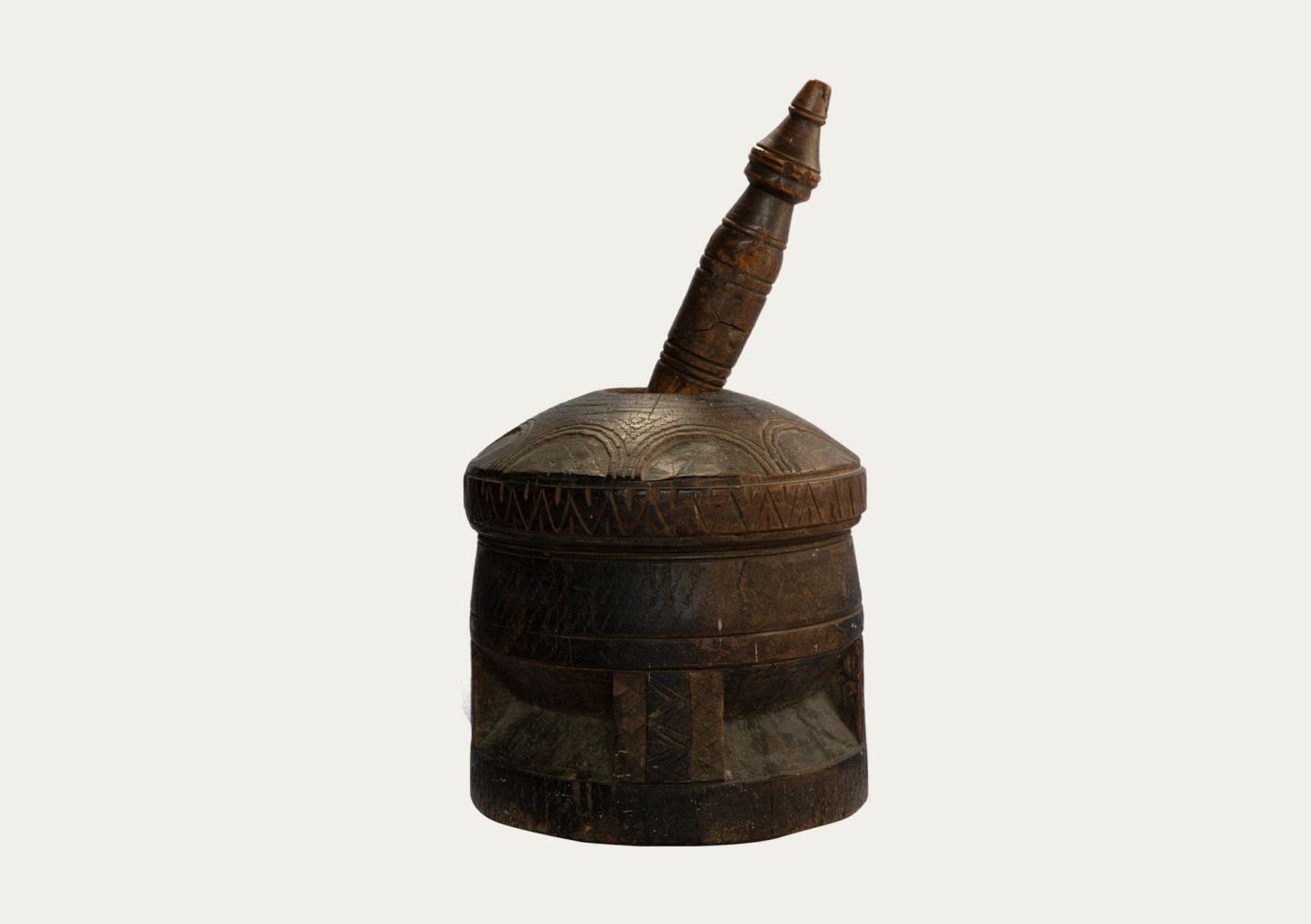 A mortar and pestle found at a home in Tel Aviv

At this point, Aya Gov and her brother have found dozens of objects of various kinds: a pair of binoculars taken from a house in Jaffa and brought to Tel Aviv by a Jewish soldier; coffeepots from homes in Ein Nakuba west of Jerusalem that the Govs’ grandfather took with him following the fighting; a container from the ruins of Kafr Lam, near Haifa, that was taken by two Jews who were touring in the area; and candlesticks from a house in Haifa that were looted by a Jewish soldier from the Carmeli Brigade and ended up in a Jewish home in the city.

Information is lacking on some items, particularly regarding where they were originally from. That includes an Arab dagger and a mortar and pestle that made their way to Tel Aviv. 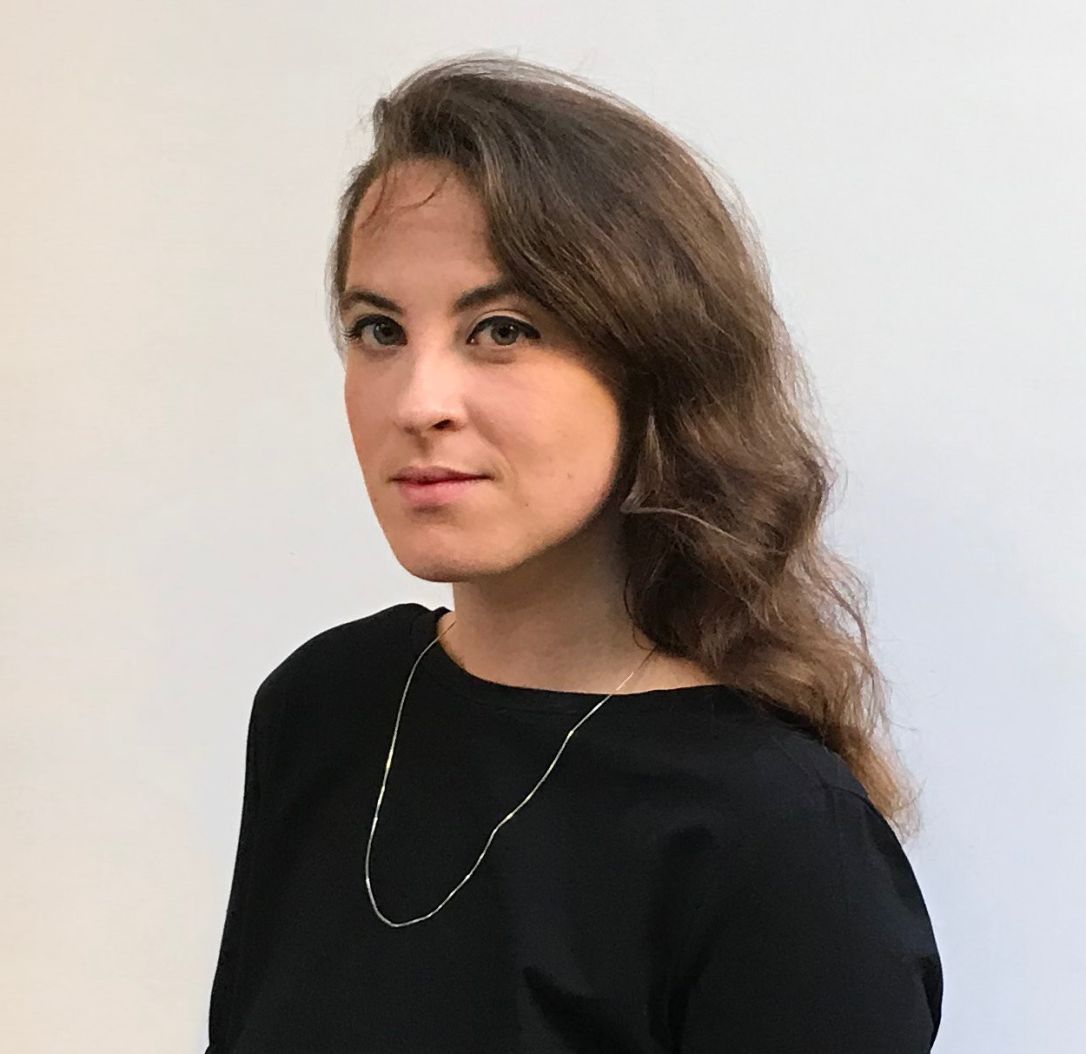 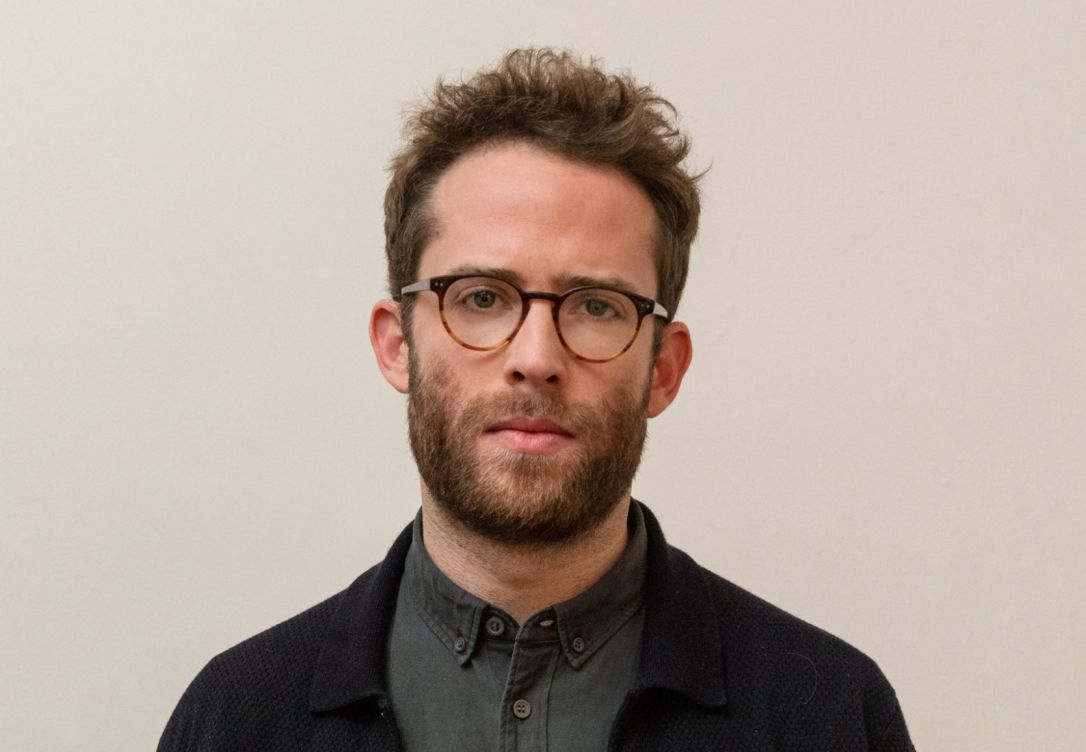 “When we spoke to people alive during the period about objects that were taken or to members of the second generation, their reaction was sometimes: ‘Who ever heard of such a thing?’ Sometimes the response was just the opposite: ‘Of course there are such objects. You just have to start looking,’” Aya Gov recounted. She and her brother also related talking to Palestinians, some of whom were unaware of items taken from their families.

“To this day there are people in Israel who claim that there is no such thing as a Palestinian people. This project also undermines claim,” Itamar Gov commented.

His sister said her project is actually based on oral histories. “There are quite a few objects that people clearly know are a result of looting, but their grandfathers denied it.”

Consideration of looting during the War of Independence has to be put into the global discussion of the broader subject, she insisted. “There’s a consensus when it comes to paintings from the Holocaust period, for example, and efforts are being made to find the original owners. When it comes to objects that were looted from colonies and today belong to institutions or private individuals, there are now questions as to what to do with them.

“The president of France signed a convention designed to return objects to the French colonies,” Itamar Gov said. “In Israel there is no organization at the moment that represents all of the Palestinians in the discussion regarding the return of stolen property. That’s why we have to ask who the rightful owners of the objects are. We have to look at a pitcher that came from Grandma and Grandpa’s house and ask whom it originally belonged to.”

Aya Gov expressed the hope that posting her database on the internet will spark awareness of the subject. “The archive was put together in Hebrew, Arabic and English,” she said, “which will also permit Palestinians to participate in the discussion. We would be pleased to have people contact us now and tell us about objects they have at home. Once the project becomes public, we want people to check the identity of that pitcher on the dresser. We want people to realize that there was such a phenomenon as looting.”

“All we are doing,” her brother added, “is taking advantage of our place in Israeli society as privileged Jews who were born in Tel Aviv, which enables us to talk to an elderly Jew and ask him where that object on the shelf came from. The door is relatively open to us, but it’s less so for a Palestinian friend.”