The case, Reif v. Nagy, has been closely watched in art world legal circles, stretching from the United States to Austria and Germany and beyond, since it was filed in 2015. 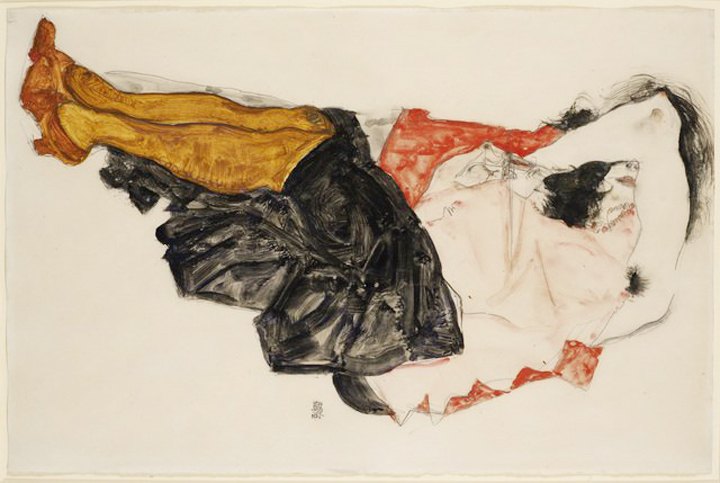 In a deeply researched opinion that it appears could embolden legal efforts by Jewish heirs to reclaim Nazi-stolen art worldwide, a state appeals court Tuesday ruled that two highly valued early 20th century paintings looted by the Nazis belong to the heirs of the Austrian Jewish entertainer who first collected them.

The case, Reif v. Nagy, has been closely watched in art world legal circles, from the United States to Austria and Germany and beyond, since it was launched in 2015.  And Tuesday’s Appellate Division, First Department decision has been anticipated by many who look to New York’s courts—both state and federal—for guidance on how to decide thorny Nazi-looted art provenance cases that typically assess evidence and history from 70 or 80 years ago.

A London-based art dealer, Richard Nagy, had owned the paintings for years when one day in 2015 the plaintiff-heirs—Milos Vavra, Timothy Reif and David Fraenkel—spotted the two works in Nagy’s booth at an art show at New York’s Park Avenue Armory. Days later their attorney, Raymond Dowd, a partner at Dunnington Bartholow & Miller, made a demand for their return, kicking off the fight.

After Ramos’ ruling last year, the two prized Egon Schiele paintings—“Woman in Black Pinafore” (1911) and “Woman Hiding Her Face” (1912), estimated to be worth $5 million together—changed hands and were placed in the heirs’ possession. But the paintings have not been auctioned off yet—as the heirs intend to do—because, according to Dowd, a “cloud” has hung over their provenance and ownership as the art world has awaited the First Department’s ruling.

Now, said Dowd in a phone interview Tuesday, the “cloud has lifted,” and the heirs plan to auction off the paintings at Christie’s in November.

Though defendant Nagy’s lawyer, Thaddeus Stauber, a Nixon Peabody partner, said Tuesday in an email that “we are disappointed that the [First Department] Court did not rule that a trial on the merits was necessary here.” And, he said, “we are reviewing further appellate options.”

In its opinion Tuesday, the First Department panel, in a decision penned by Justice Anil Singh, stated that “here, we find that plaintiffs [the heirs] have made a prima facie showing of superior title to the [Schiele] Artworks based on evidence that establishes the following: (1) Grunbaum owned the Artworks prior to World War II; and (2) Grunbaum never voluntarily relinquished the Artworks.”

Later, near the opinion’s end, Singh and panel Justices John Sweeny, Rosalyn Richter, Peter Tom and Cynthia Kern explained that “the tragic consequences of the Nazi occupation of Europe on the lives, liberty and property of the Jews continue to confront us today.”

Singh further wrote, “We … note that New York has a strong public policy to ensure that the state does not become a haven for trafficking in stolen cultural property, or permitting thieves to obtain and pass along legal title.”

Then he said, “It is important to note that we are not making a declaration as a matter of law that plaintiffs established the estate’s absolute title to the Artworks.”

“Rather,” he wrote, “we are adjudicating the parties’ respective superior ownership and possessory interests,” and “we find that plaintiffs have met their burden of proving superior title to the Artworks. Defendants raise no triable issue of fact.”

The case itself traces back to the Nazis’ 1938 arrest of Grünbaum—an entertainer, public critic of Adolf Hitler and art collector—his imprisonment at the Dachau concentration camp, where he later died, and what happened to his 449-piece art collection, 81 of them Egon Schieles.

The Schiele works passed through the art world for decades after 1938, and Nagy and some other art dealers have argued that once the Nazis stormed Grünbaum’s home, his wife gathered up his artwork and shipped off most of it to family in Belgium, where a sister there took rightful ownership of the works.

It is without dispute that the 81 Schieles seemed to disappear until 1956, when Swiss art dealer Eberhard Kornfeld put 63 of them up for sale. But it was unclear in 1956 how, or from whom, he’d obtained them.

Then in 1998, as the Schieles’ provenance became public debate, Kornfeld said that he’d gotten them from Grünbaum’s wife’s sister, Mathilde Lukacs-Herzl.

The heirs, however, contend that documents Kornfeld presented then to back up his claim were forgeries.

For Ramos, the Nazis’ original persecution of Grünbaum, and how his art collection came into his wife’s possession, was central to his decision.

He wrote that the Nazis rounded up Grünbaum, but left behind his wife, Elisabeth Grünbaum-Herzl. Then once Grünbaum was at Dachau, he was forced, perhaps at gunpoint, to sign power of attorney over his possessions to her.

“Although the Nazis confiscated Mr. Grunbaum’s artworks by forcing him to sign a power of attorney to his wife, who was herself later murdered by the Nazis, the act was involuntary,” Ramos wrote. “A signature at gunpoint cannot lead to a valid conveyance.”

He also applied the Holocaust Expropriated Art Recovery Act (HEAR Act), a 2016 federal statute adopted by Congress that expanded the statute of limitations for Holocaust victims’ heirs suing for artwork.

On Tuesday, Dowd praised the First Department panel’s detailed decision. And he repeatedly pointed out that the panel cited evidence indicating that the famous “Dead City III” painting, which former Manhattan District Attorney Robert Morgenthau tried unsuccessfully to seize as Nazi-stolen in 1998, was part of the same grouping of paintings as the two Schiele paintings at issue in the case.

“When you go to the international conferences on Nazi-era property, Morgenthau’s [attempted] seizure is held up as the gold standard for what the world should be watching, and this vindication of Morgenthau’s seizure in this opinion, it will resonate throughout the world,” Dowd said.

He also said of the decision as it pertains to Reif v. Nagy and otherwise, “This decision today further reinforces the notion that the United States will not rest until these artworks are returned to their rightful owners”

Said Stauber by email, “We are pleased that the First Department Court determined that Richard Nagy did not act improperly in acquiring the artworks and offering them for public sale. We are disappointed that the Court did not rule that a trial on the merits was necessary here, and instead disregarded the careful expert reports commissioned from respected provenance experts.”

He also said that “numerous decisions, including from the United States District Court for the Southern District of New York, have previously found that this collection of artworks was not stolen during World War II after conducting a full review of the merits of the claims at issue.”