Through time and strife, a Nazi-plundered painting returned to owners

A 17th century oil painting by the Dutch artist Jan van Goyen no longer hangs on the walls of the National Gallery in Prague. Stolen by the Nazis after its Jewish owners fled the country, The Ferry has finally been returned to the heirs of its rightful owner – decades after a life-saving journey that took a refugee family from Czechoslovakia to Kenya, then Canada and Britain.

“We knew that there was the possibility there would be something out there, but we didn’t know where it was. Nobody ever thought in a million years that anyone would ever be able to get that back or do anything about it,” says Andy Lowi, one of the heirs.

He and the other descendants were reunited with the painting last month at the offices of Christie’s auction house in London, before the painting is offered for sale in its Old Masters Evening Sale on Thursday with an estimated price of US$320,000 to US$440,000. 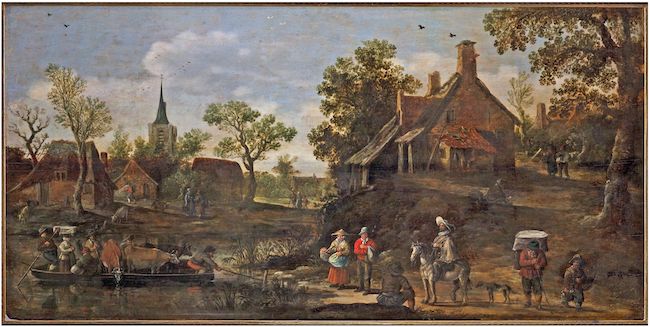 The 1625 painting (alternatively known as The Harbour and Ferry with cattle, arriving in a Dutch village with a church and houses, and expecting passengers to the right) is considered a prime example of the early work of van Goyen, a pioneer of realistic landscape painting in the Netherlands. Born in Leiden in 1596, he became one of the best-known and most prolific Dutch artists of the 17th century.

Its restitution follows a complex claim, informed by detective and legal work by historians, provenance researchers and lawyers across multiple jurisdictions. It was carried out by a Canadian company that works to recover fine art and other property stolen by the Nazis.

Toronto-based Mondex Corp. was acting on behalf of the heirs of Czech-born Erwin Langweil and his family. The Czech government returned the painting in October, 2018.

“We started this work in 2015 so that’s a pretty speedy restitution,” Mondex founder James Palmer says. 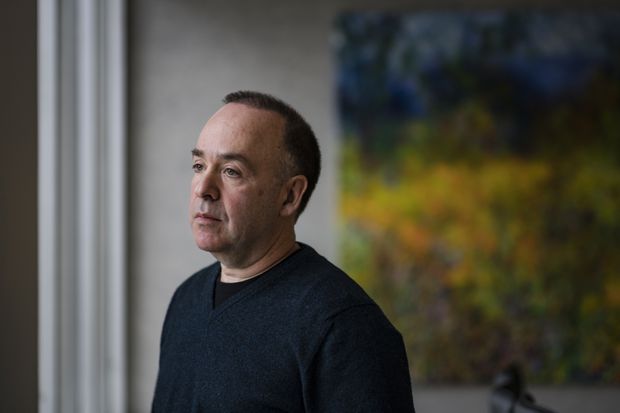 James Palmer, founder of Mondex Corporation, which works to recover fine art and other property stolen by the Nazis.

“It’s nice to see a government being responsible and responsive,” he added.

Mondex works for a fee or commission calculated on a percentage to recover fine art and other assets looted during the Second World War. And like all of its cases, the restitution of this picture has a story behind it worth more than 1,000 words.

Nazi Germany occupied Czechoslovakia on March 15, 1939, with Hitler marching triumphantly into Prague that evening. “So the German tanks came rolling in; the Gestapo were everywhere,” Erwin Langweil’s daughter Lena Lowi wrote in her unpublished memoir My Three Lives.

The Langweil family left immediately, except for Erwin, who was not able to leave the country for nearly a month. They fled to Mombasa, Kenya, where they survived the war.

“The paintings all old masters were taken to England by the dealer my dad knew well. There my brother managed to sell them,” Lena Lowi wrote.

Other works remained in Prague. Ferry was confiscated by the Nazis in 1943. 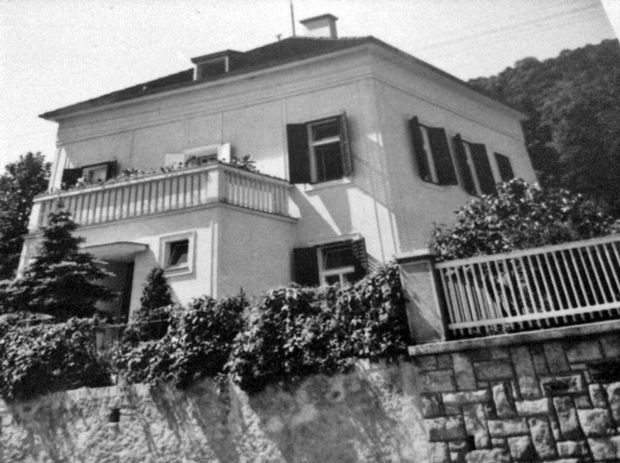 An undated photo of the Langweil family home in Prague.

Erwin had two surviving children: Lena (also known as Lene and Helena) Lowi settled in Hitchin, England; and her brother Fritz ultimately settled in Brantford, Ont. (where he was mostly known as Fred). He died in 2001, and as he did not have children, the rightful heirs when the case began were Lena’s sons (Lena died in 2005), George and Peter (or Petr) Lowi. Peter has since died, so the heirs are now his son Andy Lowi and his sister Carolyn McGarry, along with George Lowi.

Mondex took on the case after conducting research in the Czech Republic, including at the Documentation Centre for Property Transfers of Cultural Assets of WWII Victims in Prague, which published information that the van Goyen painting was looted from Erwin Langweil during the Nazi occupation and was recuperated after the war and transferred to the National Gallery in Prague in 1961.

The restitution was formally made on Oct. 29 and the family gathered at Christie’s on June 8 to view the painting for the first time.

“I’m just amazed by this whole thing,” George Lowi said, shortly after the family entered the secured private room off the Christie’s library, where the painting hung.

It is a large oil on wood panel, capturing a scene of rural village life. Peasants and a noble horseman await the arrival of a small boat. Crowded on board are several people and three cows, one of which is having a drink (or perhaps gazing at its reflection in the water).

Andy Lowi says the family made “the only sensible” decision – to sell the van Goyen.

“We recognize that a painting of that nature needs to be seen. It needs to be out in a museum or it needs to be available for others to enjoy. And neither myself, my uncle or my sister have the type of property that lends itself to a painting of such grandeur and worth.”

With the money from the sale, Andy Lowi plans to invest in a more practical heirloom. “Something that I could pass down to my family that we could say was paid for by the sale of the painting; that could practically be handed down through the generations.”