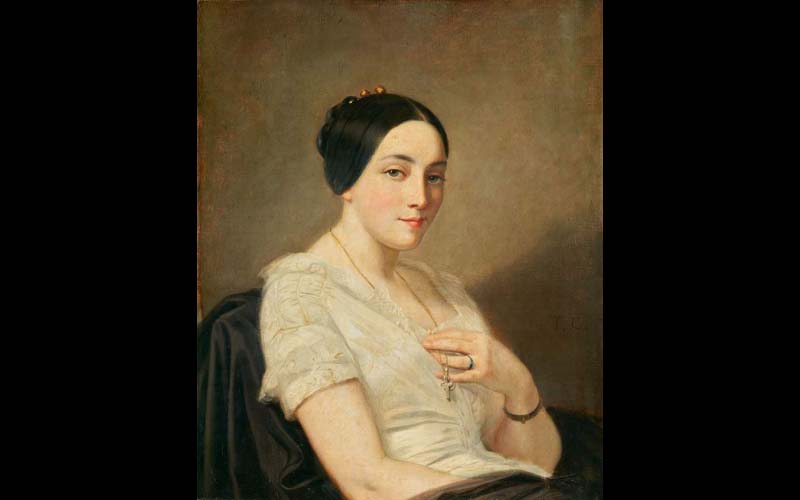 Born Louis George Rothschild, Mandel served as France’s Minister of Posts from 1934 to 1936 and oversaw the first television transmission in French. In September 1939, Mandel argued that the French Army should fight an offensive war against Nazi Germany, but was accused by the Right of being a warmonger and of putting his own Jewish ancestry above France’s interests.

Mandel was arrested in August 1940 in French Morocco by General Charles Noguès, on the orders of Pierre Laval, Prime Minister of the Vichy government. The Gestapo deported Mandel to Buchenwald, where he was held with another French Jewish politician, Léon Blum. Mandel was returned to Paris in July 1944, was captured by a paramilitary militia and executed.

The painting by 19th century French painter Thomas Couture (1815-1879) was stolen from Mandel by the Nazis, and for decades remained part of a collection of 1,566 works stolen by Hildebrand Gurlitt, an art dealer who worked for the Nazis, and left to his son Cornelius.

At the Tuesday ceremony, Minister Grütters said, “This case again reminds us that we should never stop our wholehearted work in investigating the Nazis’ looting of art, for which Germany is responsible.” She suggested that giving back the work after sitting on it for 80 years was “a moving conclusion to the exhibition of the Gurlitt trove,” as about 450 paintings from the stolen collection have been recently shown in Bern, Bonn and Berlin.

She also said: “We have Georges Mandel’s family to thank that we could show this work in all three exhibitions. In this way we could inform the public about the fate of the Jewish politician Georges Mandel, who was persecuted and imprisoned by the Nazis.”

Mustn’t forget: we only arrested him and stashed him in a concentration camp – it was the French done the actual murder.

Mandel’s former partner testified after the war that the Couture painting had a small tear in the subject’s chest area when it was stolen by the Nazis, which helped restoration experts at the Bundeskunsthalle in Bonn to identify the work.

According to Deutsche Welle, the experts conducted a rigorous examination of the piece.

We’d have expected nothing less.