Dutch railway to pay out €50m over role in Holocaust 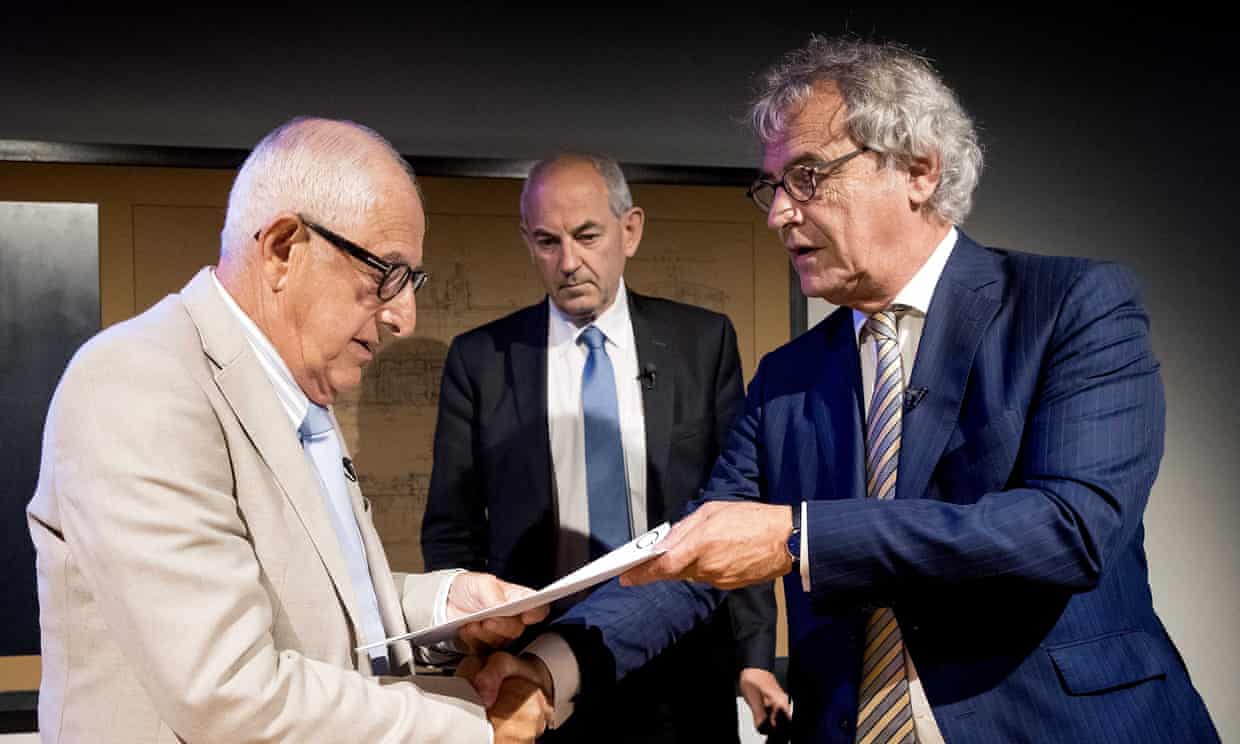 The Dutch railway has accepted a recommendation that it pay up to €50m (£45m) to relatives of thousands of people it transported to Nazi death camps during the second world war.

Roger van Boxtel, the chief executive of the state-owned Nederlandse Spoorwegen (NS), said it was time for the company to make a gesture to those “directly involved” as he reiterated an apology first made in 2005.

A commissioned report recommended the railway make an offer to about 500 survivors of the camps and 5,500 next of kin.

The decision marks the end of a three-year battle by 83-year-old Salo Muller, a former physiotherapist at Ajax football club, whose parents were transported from Amsterdam to the Dutch transit camp Westerbork, from where they were taken to Auschwitz and gassed.

Muller wrote a book, published in 2017, titled See You Tonight and Promise to Be a Good Boy, in memory of the last words his mother said to him as she dropped him off at kindergarten before she was picked up that day by the SS.

Despite its expression of regret 14 years ago, the railway company had rejected the idea of compensation until Muller threatened legal action, supported by a prominent Dutch human rights lawyer, Liesbeth Zegveld.

The Nazis paid NS a sum equivalent to £2.2m in today’s money for delivering 102,000 Jews to concentration camps across Europe. The last train left on 13 September 1944, shortly before a large part of the NS staff went on strike in an attempt to hasten the end of the German occupation.

Westerbork, whose inhabitants included Anne Frank before she was moved to Auschwitz, was established by the Dutch government in 1939 as a refugee camp for Jews fleeing occupied Europe but it was taken over by the SS after the German invasion.

Muller told the De Volkskrant newspaper that he was “80% satisfied” with the schedule of payments. “Maybe I would have preferred the amounts to be higher but it’s about the plaster on the wounds, not so much about the financial interest,” he said.

The commission’s chairman, Job Cohen, said deciding on the sums had been “extremely complicated”.

In 2014, the French railways operator SNCF agreed to pay £40m in compensation for its role in moving approximately 76,000 Jews to Nazi camps during the Holocaust.