The Met Museum in New York has won the right to keep "The Actor" after a court sided with the institution. Laurel Zuckerman claimed she was the rightful owner after her great uncle sold the painting to escape the Nazis 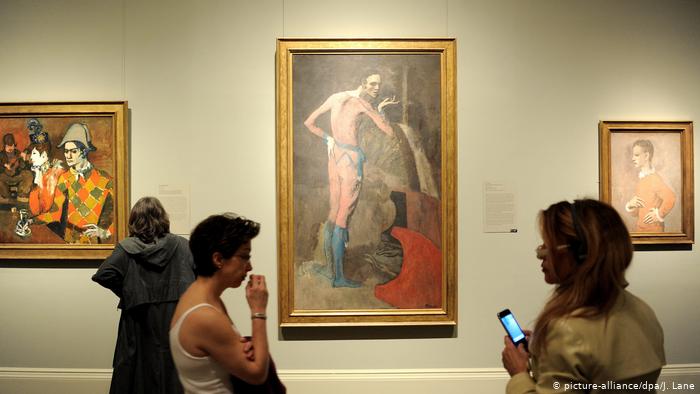 A Pablo Picasso masterpiece will remain at the Metropolitan Museum of Art in New York despite the claims of a descendant of a Jewish businessman who sold the painting to fund his escape from the Nazis.

The Met Museum acquired the 1904-05 classic, known as "The Actor," in 1952 and on Wednesday the United States Court of Appeals in Manhattan said Laurel Zuckerman, the great-grandniece of Paul Leffmann, waited too long to demand the painting's return. She made the plea in 2010.

Zuckerman's claim that the work was sold under duress by her late relative was recognized by the court. However, due to the amount of time that had elapsed, Chief Judge Robert Katzmann said it would be unfair for the art museum to relinquish the Picasso masterpiece.

According to US visual arts magazine Art News, the decision read: "It is simply not plausible that the Leffmanns and their heirs would not have been able to seek replevin — a legal term for an action involving the return of property — of the painting prior to 2010."

The court added that the HEAR Act, a commonly cited law in restitution cases allowing heirs of victims of Nazi persecution to reclaim art, did not apply because of the lapse in time.

"This is not a case where the identity of the buyer was unknown to the seller or the lost property was difficult to locate," Judge Katzmann concluded.

According to the complaint, German-born Leffmann fled Italy, which during the Nazi era was led by the dictator Benito Mussolini, a close ally of Adolf Hitler. He used the $12,000 (€10,500) from the sale of the masterpiece to a Parisian art dealer to escape with his wife to Switzerland.

Zuckerman's lawyer had no immediate comment but this was not the first time the case was heard. A lower court judge also believed the Met to be the rightful owner of "The Actor" in February of 2018 and now that decision has been upheld.