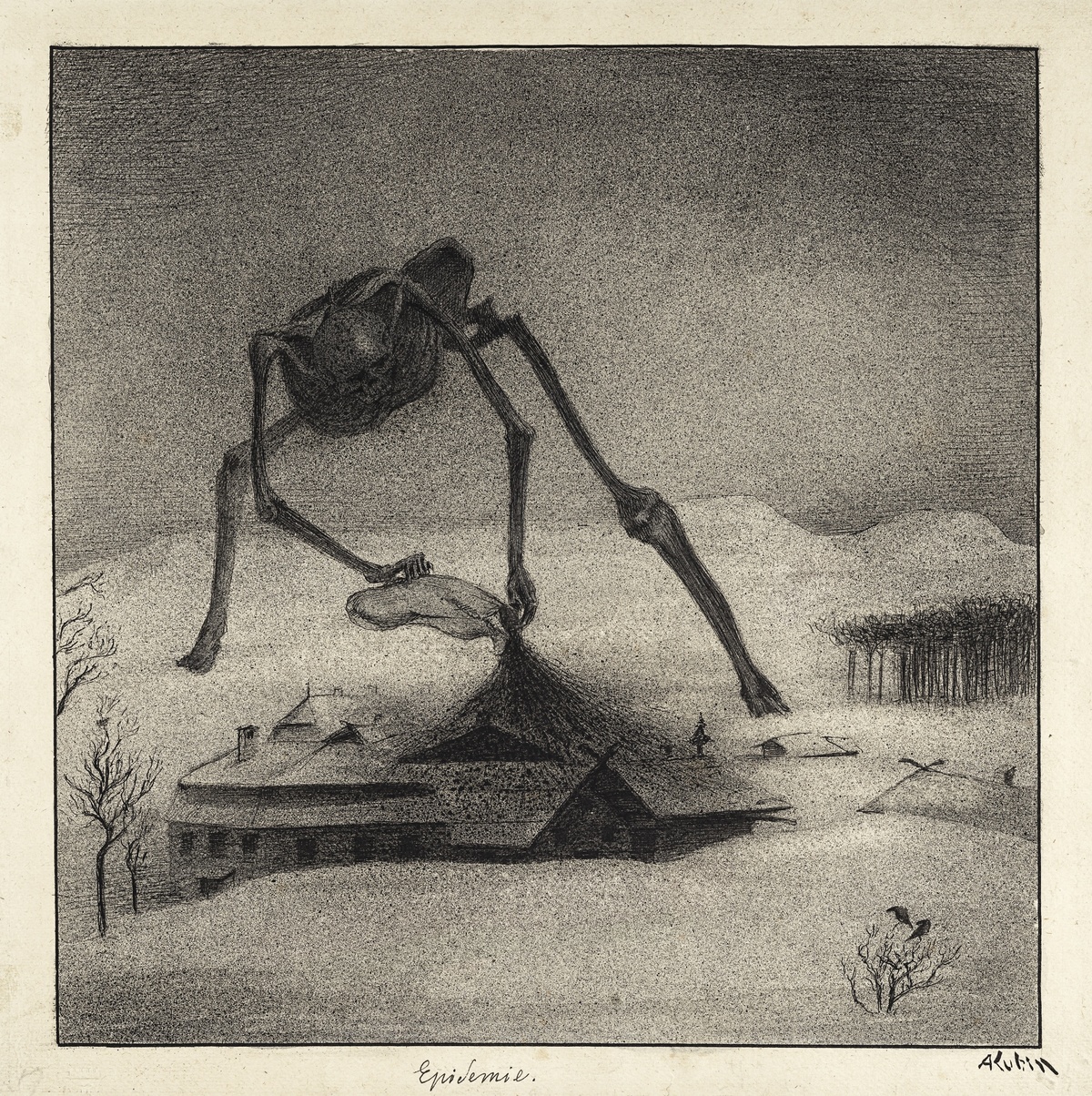 On 15 May 2019 sixteen drawings by Alfred Kubin were restituted by the Städtische Galerie im Lenbachhaus Munich to the heirs of Max and Hertha Morgenstern of Vienna with the assistance of the Commission for Looted Art in Europe. The drawings were sold under duress in Vienna in July 1938 to Kurt Otte, a Kubin collector in Hamburg. In 1971 his archive and collection were sold to the Lenbachhaus in Munich where the sixteen drawings remained, with the Morgenstern stamp, and together with the documents of the 1938 sale, until their restitution in May 2019.

Max Morgenstern was one of the earliest collectors of Kubin and the artist's first major patron. They became lifelong friends. Of the 300 works shown in Kubin's first exhibition in 1937 at the Albertina in Vienna, 64 works were loaned from the Morgenstern collection. In 1938 Max and Hertha Morgenstern separately fled from Nazi Vienna, both managing to reach England and safety. Max's sister Olga and her husband Richard Morawetz were not so fortunate, and were deported in April 1942 from Vienna to Izbica in Poland where they were murdered.

Anne Webber, Co-Chair of the Commission for Looted Art in Europe, said: 'We were very pleased to assist the heirs to recover these wonderful drawings which reflect the remarkable vision of Max and Hertha Morgenstern. The drawings have extraordinary, powerful imagery and reflect a world of emotion, of darkness and light. Alfred Kubin, a founder member of Der Blaue Reiter, a friend of Paul Klee, an artist who was drawn to the philosophy of Schopenhauer, created works that agonised over the human condition, his two most frequent themes being death and the eternal wanderer. Regarded today as one of the great artists of the 20th century, Kubin's close relationship with the Morgensterns is testament to their artistic and creative judgement.'

On 19th and 20th June 2019 the sixteen drawings were sold at Sotheby's London where they achieved world record prices for Kubin works. To see the cataloguing of the works, click here for 'Epidemie' `and here for the other drawings.