April
JD Supra 19 June 2019
The U.S. Court of Appeals for the D.C. Circuit today dismissed the petition to rehear en banc last year’s landmark ruling that the heirs of the art dealers who sold the Guelph Treasure (or Welfenschatz) may pursue their claims in U.S. federal court. Defendants the Federal Republic of Germany and the Stiftung Preussischer Kulturbesitz (the SPK, or Prussian Cultural Heritage Foundation in English) had argued that claims under the Foreign Sovereign Immunities Act’s expropriation exception such as these are not violations of international law and also require a claimant to exhaust remedies abroad, a position rejected by prior decisions of the D.C. Circuit and by today’s ruling as well.

Today’s decision confirms the first-of-its kind holding last year that a German state museum must face claims based on allegations of Nazi-looted art, a direct result of Germany’s failures through its so-called Advisory (often called Limbach) Commission to address seriously and comprehensively the state of Nazi-looted art in its national collections. In the five years since denying the Guelph Treasure claimants any meaningful attention, Germany has fumbled through the Gurlitt fiasco and attempted other various distractions like its new fitful attention to colonial art (with no real progress there either). Germany has repeatedly disparaged my clients by suggesting that the matter was already "decided on the merits" before Germany's Advisory Commission. This is false. The Advisory Commission renders non-binding recommendations to state museums and has been roundly criticized for its opinions in 2014 and 2015 in particular, when my clients were denied justice. There is no small irony in having to explain this in the context of Germany's request for a do-over after last year's ruling. 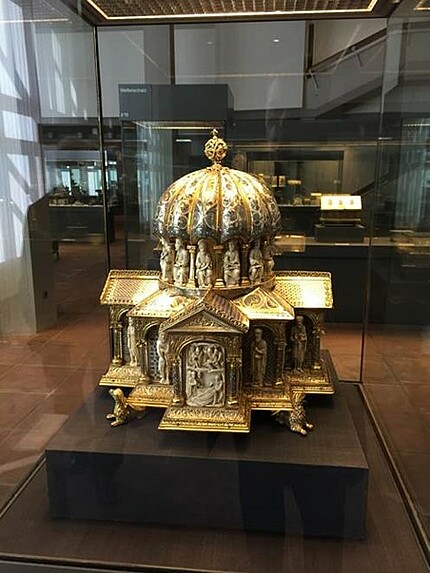 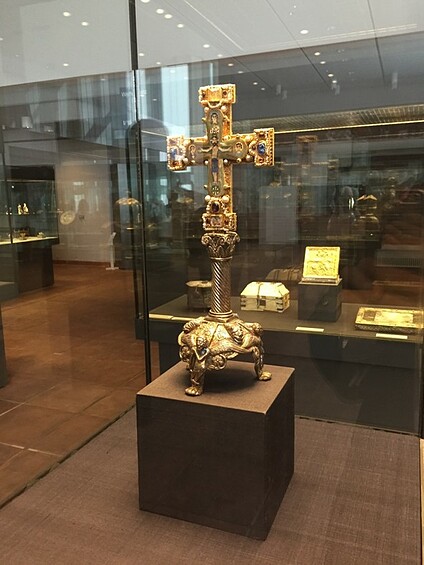 We filed this case in U.S. District Court in Washington, DC in February, 2015 under the FSIA on the grounds that the claims are rooted in a taking of property in violation of international law (a forced sale to Hermann Goering and the Prussian state in 1935) and because the SPK is commercially active in the United States. The District Court agreed in 2017, and the DC Circuit affirmed last year, though Germany was dismissed as a defendant for lack of its own commercial activity in the U.S. involving the Welfenschatz specifically. The Defendants asked the D.C. Circuit to rehear the matter en banc, meaning a request that all judges of the Court of Appeals should consider the matter anew after the three-judge panel ruled in the Plaintiffs’ favor. Among the arguments advanced in the now-rejected petition was the notion that the FSIA requires claimants first to exhaust remedies against the sovereign defendant overseas. That argument does not accord with the history and text of the FSIA, however, as last year’s ruling explained:

Moreover, far from demonstrating that the FSIA leaves room for an exhaustion requirement, the very FSIA provision that Germany relies on, section 1606, forecloses that possibility. By its terms, that provision permits only defenses, such as forum non conveniens, that are equally available to “private individual[s],” 28 U.S.C. § 1606. Obviously a “private individual” cannot invoke a “sovereign’s right to resolve disputes against it.”

Remarkably, the Defendants’ petition did not even mention the key statute in which Congress reaffirmed U.S. policy regarding this exact type of lawsuit: the Holocaust Expropriated Art Recovery Act of 2016, Pub. L. No. 114-308, § 2(1), 130 Stat. 1524, 2524. The District Court's 2017 ruling was the very first judicial interpretation of the HEAR Act. As we noted last year, the 2018 decision was both well-grounded in D.C. Circuit precedent, but also ground-breaking in its first-ever application to a German museum (the Kunstgewerbemuseum in Berlin, administrated by the SPK as one of the Staatliche Museen zu Berlin). The Defendants argued repeatedly, and with increasing indifference to their historical responsibility, that the economic crime of Nazis against German Jews ought to remain beyond court review. Any number of arguments were available to the Defendants, yet they leaned again and again on trying to absolve the entire category of forced sales from treatment as a violation of international law. It is critical to remember that avoiding such an argument would not have required conceding that this sale was forced. Yet while repeatedly accusing my clients (incorrectly) of trying to invalidate all transactions in Nazi Germany, those same Defendants very much argued that none of them qualified as violations of international law within the meaning of the FSIA.

On a petition such as this, the next step is for the Court of Appeals to issue the mandate back to the District Court so that we can begin the actual litigation of the case four years after it was filed. The Defendants could, in theory, seek the review of the Supreme Court, but my clients are past tired of Germany’s delays and clock-running tactics; my clients will insist with every means available that the case now proceed as it should. It should go without saying but unfortunately requires repeating that it is past time for Germany to do the right thing.

The Guelph Treasure, also known in Germany as the Welfenschatz, includes dozens of gilded and jeweled reliquary art from the 11th to 15th centuries that long belonged to Prussian aristocrats from the House of Brunswick (Braunschweig)-Lüneberg. In 1929, the Duke of Brunswick sold off the collection, with part of it going to a consortium of art dealers owned by the plaintiffs' ancestors and predecessors: J.&S. Goldschmidt, I. Rosenbaum, and Z.M. Hackenbroch.

In the 1930s the Jewish ethnicity of those dealers brought them to the attention of Hermann Goering, whose titles as one of Adolf Hitler’s top Nazi deputies included not only Commander of the Luftwaffe and President of the Reichstag, but also Prime Minister of Prussia.

The works were obtained by Goering’s emissaries through a pressured transaction at a fraction of their worth, paid into blocked accounts to the members of the art owners’ consortium. Some of the owners had already begun preparations to flee Germany, others followed soon after. Fees demanded by Nazi authorities as the escapees fled were then stripped from the accounts through harsh “flight taxes,” as described in a Gestapo document.

Coerced selling of property was a common tactic of the Third Reich during the period historians are now calling Early Nazi Terror. Germany's SPK has claimed that the transaction was done at the owners “free disposal.” But so pleased with the Guelph acquisition was Goering that, according to a 1935 report in the Baltimore Sun, he personally presented the collection as a “Surprise Gift” to Hitler.

Other documents show the then-Mayor of Frankfurt, shortly after the Nazi takeover, boasting in a letter to his “most revered” leader, “Reichskanzler (Chancellor Hitler),” about the potential to take advantage of the Welfenschatz’s owners and seeking Hitler’s personal assistance in setting the stage for the forced transaction. Another letter, concerning how to obtain the Welfenschatz from the Jews, is addressed to Paul Körner, a Nazi leader who later participated in the infamous Wannsee Conference in which Hitler's "Final Solution" was formalized to oversee the extermination of all remaining Jews in Europe.

Sullivan & Worcester LLP is assisted in this matter by co-counsel Markus Stoetzel and Mel Urbach, not affiliated with the firm.