April
The Art Newspaper 24 May 2019
By Catherine Hickley 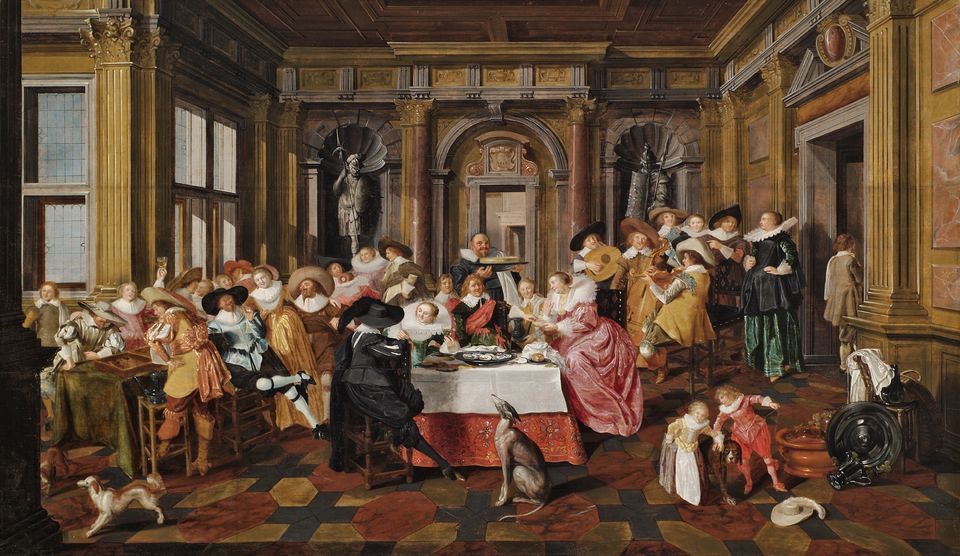 Dirck Francoisz Hals and Dirck van Delen, Banquet Scene with Musicians and Shuffle Board Players in an Interior (1628)

The Dutch Restitutions Committee has recommended the return of two Golden Age paintings to the heirs of Jacob Lierens, a Jewish businessman and art collector who was expropriated and interned in a camp by the Nazis.

The 1628 work Banquet Scene with Musicians  and Shuffle Board Players in an Interior by Dirck Francoisz Hals (the younger brother of Frans Hals) and Dirck van Delen is currently on loan from the Dutch government collection to the Frans Hals Museum in Haarlem. A second 17th-century painting, Still Life with Glass, Glass Stand and Musical Instruments by Jan Davidsz de Heem, is on loan to the Centraal Museum in Utrecht. 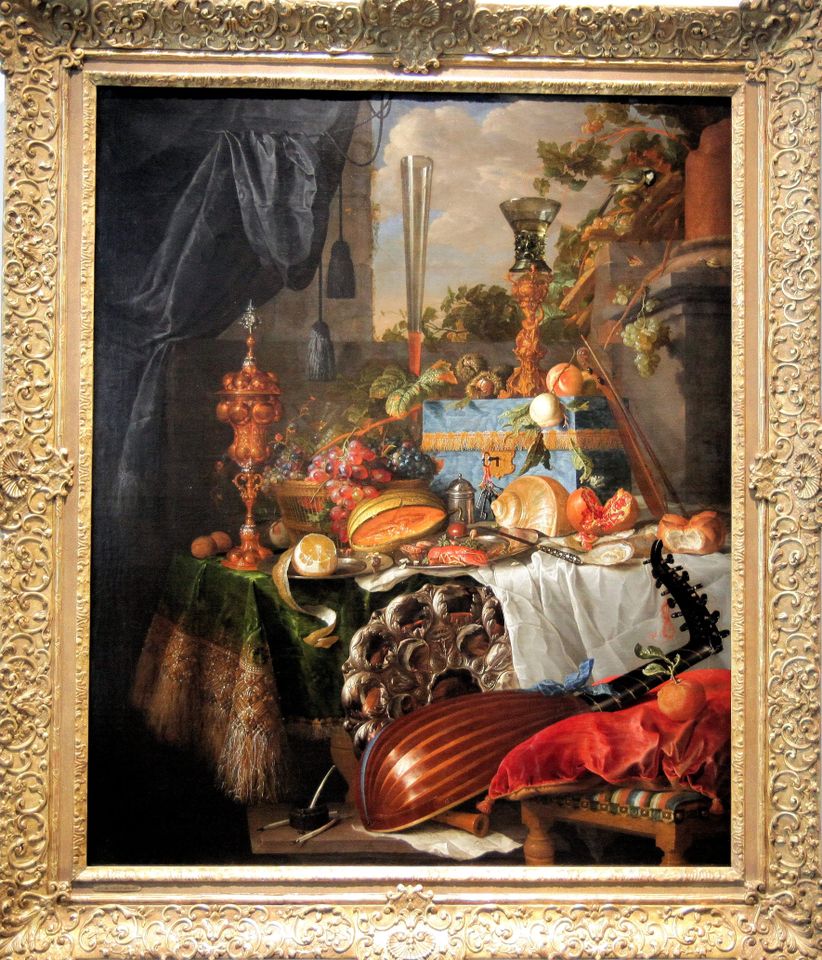 Lierens was an Amsterdam dealer in scrap metal and rags with an extensive art collection. His company was “aryanised” in 1942 and he and his wife were interned at Westerbork transit camp in 1943. After their release, they went into hiding. A friend kept their collection safe and sold some possessions to help them survive.

Lierens’ granddaughter Elisabeth, born in 1934, remembers living in hiding during the war. “My mother never spoke about those years until about fifty years later,” says her son, David Linder. “When I told her about the return of the two paintings, she was overwhelmed with joy. She never expected to live to see it. To her, those paintings symbolize life because they allowed Jacob Lierens to pay for a hiding place and see to it that his family didn’t starve.”

Both paintings were probably sold by Lierens at an auction in 1941, the panel concluded. They were purchased by Hans Posse, the head of the Linz Special Commission, which acquired art on behalf of Adolf Hitler for the “Führermuseum” he planned to build in his home city in Austria. After the war, they were returned by Allied troops to the Netherlands.

The panel drew the conclusion that “the sale of the paintings was connected to measures taken by the occupying forces against Jewish members of the population and took place in order to save the couple’s lives.”

The Dutch Restitutions Committee last year came under attack from leading claimants’ representatives. Anne Webber of the Commission for Looted Art in Europe and Wesley Fisher of the Jewish Claims Conference wrote in an opinion piece in a Dutch newspaper that the panel’s handling of claims for works in public museums put the Netherlands “at risk of becoming a pariah” because the “smallest and most chilling distinctions are being made in order to allow museums to keep their collections intact.”

They highlighted recommendations which favoured museums – including an October 2018 ruling on a painting by Wassily Kandinsky in the Stedelijk Museum in Amsterdam.

James Palmer, the founder of Mondex, a company devoted to tracing lost art which represented both the Lierens heirs and the Kandinsky claimants, today called for a reversal of last year’s decision.

The panel’s “flawed decision relied upon conjecture and ignored important evidence,” he said.