One lawyer’s take on returning Nazi-looted artworks: an interview with Orna Artal 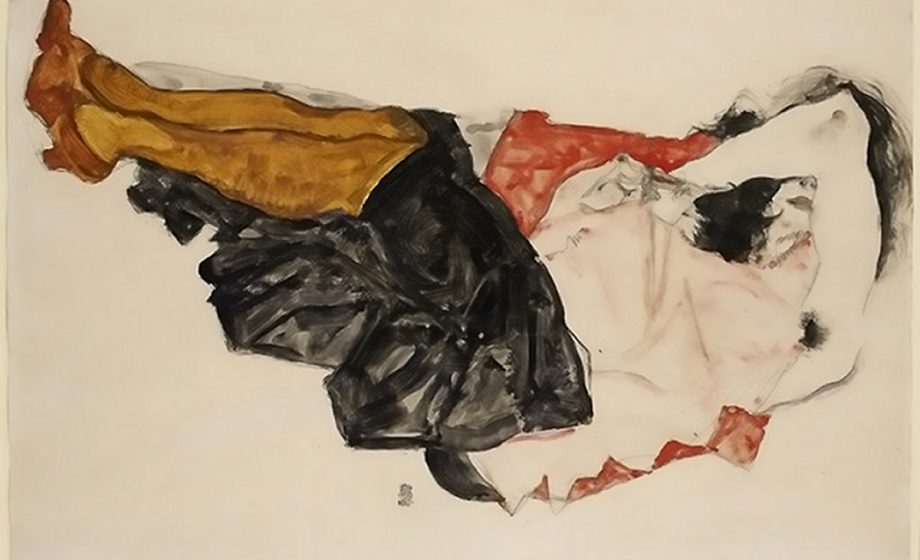 Working to get an artwork back into the hands of its rightful owner, whether the rightful owner is a country or an individual, is no clear, easy science – there’s more grey area than what might meet the eye. To discuss some of the difficulties, and triumphs, that come along with repatriation, Art Critique spoke with Orna Artal, Esq., a New York lawyer who works in Commercial Law with her partner, Justice Charles E. Ramos as part of their firm, Ramos & Artal, LLC. While they cover an array of legal areas, Artal has taken a particular interest in art law with a keen focus on works taken during the Holocaust Era. 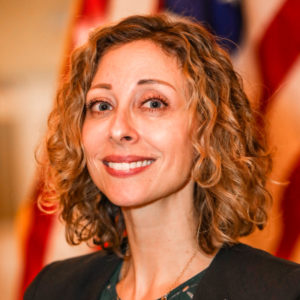 In a nutshell, Artal works as an arbitrator and mediator to provide their clients an alternative path to resolving issues concerning various areas of commercial law, but she finds disputes involving art fascinating. Artal told Art Critique that she’s ‘particularly interested in alternative dispute resolution and litigation as a means of obtaining the returning an artwork by individual claimants who lost their works of art because they were either looted outright by the Nazis or procured in forced sales under [difficult] circumstances during the war.’

Art Critique: Within commercial law, you cover a spectrum of issues, from real estate to malpractice. What was the first case you worked involving an artwork?

Orna Artal: Well, I think the first big case we had involving an artwork was a bronze sculpture by Picasso. It was sold at auction at Christie’s and after it was sold, the question was raised whether or not it was authentic. It was fascinating, for so many reasons. First and foremost, because it dealt with a Picasso. It’s a fascinating area with so much beauty there and so much creativity, it’s such a change from the usual kind of case we deal with. It’s hard not to get taken away in the best way possible.

What was so fascinating at the time was that experts in the field, including Picasso’s own son, [held] a different view as to whether or not [the sculpture] was “authentic” because you’re dealing with recast and whatnot. So, it’s a lot more complicated than it seems when you get into issues like authentication and provenance and, particularly in the field of Nazi-looted art, issues of provenance become so complicated and even political so it’s really fascinating.

AC: Is that what’s drawn you to working with cases of art looted during the Holocaust Era?

OA: I would say it’s a combination of things, for me, personally. One reason is that there are so many lingering claims, which is a shock to so many people. It’s jaw-dropping to hear that 70-plus years after the war, there are still thousands of works of art that are missing. It’s mind-boggling. [There are thought to be] at least 1,000 pieces of extreme cultural significance still missing. Not even to mention how many other thousands of people left their works by known or unknown artists that are also worthy of recognition and return. So that’s one aspect.

Another is with the rise of technology and the accessibility of it today, there is much more information and data available. A lot of the information that was impossible to access before is now accessible, so, believe it or not, even though we’re so many years past the war, there’s a flurry of activity in this field.

It’s also a personal interest of mine because of my familial history.

AC: You deal with an era that is so innately traumatic which is difficult in its own, unique ways. What, though, do you find to be the hardest part of the process when working to return artworks to their rightful owner?

OA: Each case is so different, nonetheless, I think there are some overarching themes when we’re talking about the unique challenges that each of these cases present.

First, without a doubt, is the statute of limitations or the passage of time. Secondly, when we’re talking about individual claimants, meaning one individual who is either a survivor or the heir of a victim of Nazi persecution, it’s one individual going against, in many cases, institutions like a government or an auction house. In order to present a successful case, you really have to have the funds and frankly, who has the resources to do that? So, it’s a reality of dollar and cents, which presents another issue. Thirdly, I would say that when you’re comparing the policies of different governments, art galleries, private collectors, and auction houses – each of them has their own kind of approach to a lot of these claims and they’re not consistent. So, you really have to do your research. Some auction houses, some galleries, some governments have been very open and try to work through these issues while others have been really hostile.

AC: Have you found it difficult when working with larger institutions, particularly museums?

OA: When I have worked with museums, my experience has only been with US museums, so I can’t speak to direct experience with European museums, although I’m familiar with some of those cases. However, in the US, some of our big museums are researching gaps in provenance. The MoMA, for instance, has in place an official research team [the Provenance Research Project] that has essentially designated artworks in their collection with a gap in provenance between the years of 1933-1945 (the crucial war-time years when many of these artworks were looted). So, the Provenance Research Project, and others like it, really delves deep into the circumstances surrounding how an artwork changed hands during that time period. [The MoMA has] also publicized what paintings and other works of art have that gap in provenance, and other institutions have done that as well. But, the common complaint I hear, is that it’s just been too slow of a process to identifying heirs and previous owners. The big question mark is: why is it taking so long? Why is it taking years to put the facts together?

AC: Is that where the US’s HEAR Act comes into play? Could you tell us about that and how it’s affected the process of restitution? 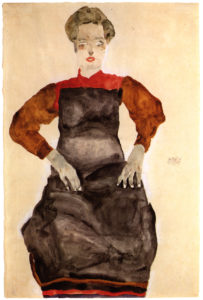 OA: Absolutely. The HEAR Act is a huge step. HEAR stands for Holocaust Expropriated Art Recovery Act and was passed by congress in 2016. It basically proposes a six-year statute of limitations that starts to run when the claimant actually discovers the identity of or the location of the artwork and who possess it. Usually, when somebody thinks that they have a case, the statute of limitations begins to run when they first make a demand for the artwork, or the property. This proposes a slightly different beginning of the limitations period, so it will only run when somebody actually discovers where it is. So, that’s huge.

The HEAR Act has two purposes: to ensure that the laws governing claims with respect to Nazi-looted art do not unfairly bar claimants due to applicable statute of limitations and that these claims are resolved in a just and fair manner to ensure that people aren’t shunned from attempting to recover artworks because of the passage of time.

Because the truth is, in a lot of these cases, someone’s heard a story from their great grandfather that he owned a Picasso and it was stolen from him. They don’t know what’s hanging in someone’s living room and they won’t know the location or even who to make a demand to until it surfaces in an exhibition, in an auction, or once there’s been some kind of publication of it even being there. So, the HEAR Act proposed statute of limitations alleviates that huge burden which, in a lot of cases, is placed on claimants that simply doesn’t know where the artwork is or was. Prior to the HEAR Act, many claimants in US courts were unable to recover artworks in part because of the laws governing the passage of time.

AC: You and Justice Ramos recently founded Ramos & Artal, LLC in January. What is it that sets your firm apart from others?

OA: We don’t actually represent individual clients in pursuing claims. So, what we do is instead is offer ourselves as either experts or as a mutual party to act in some capacity to help two sides of a legal dispute resolve the matter so that they don’t end up in court. Since both of us have a litigation background, my partner is a judge, and was a judge for 35 years, we saw how, at least in the US, litigation is so uncertain. It’s marred by really high costs, legal fees, long amounts of time, in general, it seems like an inefficient way to deal with a legal dispute. So, we wanted to come up with a way to use our experience to help people in some kind of dispute avoid some the uncertainty of traditional litigation but still have the best kind of attention and legal expertise in order to resolve a dispute. That was the main inspiration behind what we’re doing.

AC: So, after all that you’ve done and worked on, has there been a case that you’ve found particularly interesting or an artwork that has stood out to you?

OA: One of the last big cases that Ramos ruled on while he was still a city judge, dealt with two paintings [Woman in a Black Pinafore and Woman Hiding her Face] by [Austrian artist] Egon Schiele. Ramos actually ordered that the paintings be returned to the heirs of the original collector: Franz Friedrich Grünbaum. At the time when the paintings were looted [in 1938], Grunbaum had the largest single collection of Schiele paintings. Grunbaum was later murdered at Dachau concentration in 1941. The case has been appealed and the family still, unfortunately, has a long way to go to actually see those paintings; however, it was enormously rewarding. 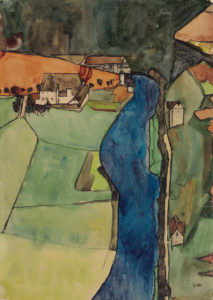 That case was another scenario where you again find that each time the family found one of their great uncle’s paintings, they were faced with a new, very costly, time-consuming, uncertain legal battle. And those were instances that whoever was found to have the various paintings from Grünbaum’s collection, in order to avoid that long, drawn out expensive legal battle, could have and should have done the right thing and tried to negotiate something with the family. Understandably, a lot of the people who have possession of these paintings today, bought them, paid good money for them, and had no idea that there was some cloud on title. So, from their perspective they have questions over why they should be penalized and lose their property. And I get that, but, given the complex history of this artwork, if they had chosen a different strategy rather than simply reject the family’s claim outright everybody could have saved time, money, and frankly bad feelings and bitterness by sitting down and trying to work these issues out.

Town on the Blue River is a watercolor painted by Schiele, and was part of Grünbaum’s collection. It ended up being offered for sale in 2014 at Christies by a private collector.  When Grünbaum’s heirs alerted Christie’s to their claim, Christie’s conducted their own provenance research, and recognizing that the Grunbaum heir’s claim was credible, ultimately assisted in the facilitation of a restitution settlement between the seller and the heirs. The settlement recognizes that the painting was looted and compensates the heirs while allowing the new buyer to obtain clear title to the work- which clearly increased its value tremendously. The heirs noted that the seller of the work agreed to donate a portion of the proceeds to Holocaust-related charities. It is profound to note how this claim with respect to this particular painting was addressed, in contrast to so many other claims of Nazi looted art which often result in long, drawn-out expensive and uncertain court battles.

Edits to this interview were made only to create continuity and clarity on the subject.