In 2015, the former BBC journalist Dina Gold published the book „Stolen Legacy“. In it, the great-granddaughter of a successful Berlin fur merchant tells the story of the systematic expropriation of Jewish businesses during the Nazi era – and of her personal struggle for redress for the injustice that befell her own family. While doing research for her book, Gold came across the name Dr. Kurt Hamann, who was twice awarded the Federal Cross of Merit and was also an Honorary Senator of the University of Mannheim. He had long been considered un­problematic in the post-war period. However, as Gold's research revealed, as the longtime CEO of the Victoria Insurance, he was responsible for many „Aryanizations“ during the Nazi era. The new findings have now prompted the University of Mannheim to rename the Dr. Kurt-Hamann Foundation and also to examine the biographies of potentially questionable honor bearers and rectors from the past. FORUM talked to Dina Gold about her long road to justice.` 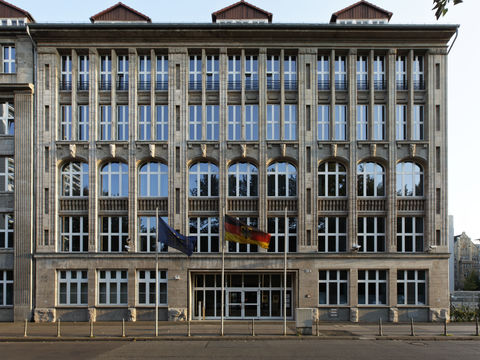 This building at Krausenstraße in Berlin once belonged to Dina Gold's family. Now it is part of the Ministry of the Interior, Building and Homeland

FORUM: Your great grandfather Victor Wolff owned the H. Wolff fur company – one of the most successful international fur companies in Germany before the Third Reich. By 1910 he had already constructed a six-storey building at Krausenstraße 17/18 in East Berlin with office, warehouse and sales areas. In 1937, Victoria Insurance, which today is part of ERGO Insurance, initiated a forced sale of the building and passed it straight into the possession of the Reichsbahn. Immediately after the fall of the Berlin Wall, you set off there to claim compensation for the injustice done to your family. In the meantime, parts of the Federal Ministry of Transport had been accommodated there. How did you feel when you went there?

Gold: It was totally overwhelming. I was nervous, because all I had were the stories of my maternal grandmother Nellie (wife of Victor Wolff’s older son), who had told me about this building that once belonged to my family – and a copy of a page from the 1920 Deutsches Reichsadressbuch business register. At the entrance, a Mr. Münch greeted me and asked me what I wanted. I told him that I had come to claim my family's building. The man was initially speechless, but he also told me that they knew it was likely that this moment would come at some point.  He told me that those who worked there still referred to it as the “Wolff Building” though were not sure exactly why! 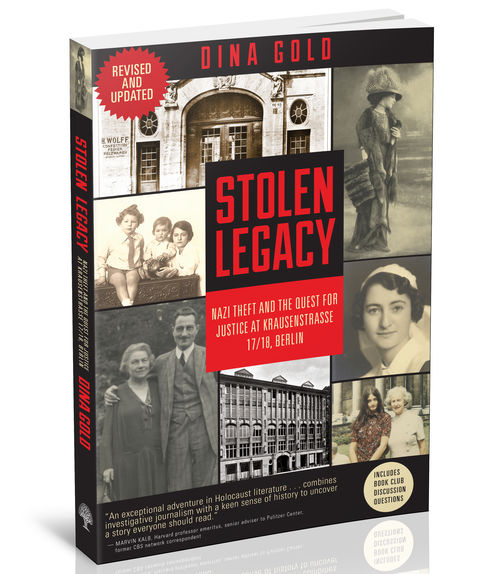 FORUM: Then it took another six years for your family to be compensated. How did you experience that time?

Gold: As an emotional roller coaster. My husband and I were both working, had two children and a third was on the way. We often took time off to fly to Berlin and spend our free time researching. After I found more and more information to support Nellie’s stories, my mother also began to take an interest and helped me. She had grown up speaking German and so she could write letters and make telephone calls for me. Of course we also hired lawyers. Within two and a half years we had obtained all the documents to prove that my mother and her three siblings were the rightful heirs of the building. After that, however, it dragged on. I suspect that people were waiting for my mother to die and perhaps for her claim to die too.

FORUM: But it worked out differently. Your family was compensated in 1996 with today's equivalent of about 19 million Euros – a rare case in German post-war history and a long fight for you. What did you learn about yourself and your family?

Gold: I found out how my mother's uncle died. Before the expropriation by the Victoria Insurance in 1937 my mother, together with her parents and siblings, had fled Germany for the British Mandate of Palestine. The younger of Victor’s two sons, Fritz, remained in Berlin trying to manage the building as best he could. My mother knew that her uncle was killed, but did not know the exact circumstances. During our research we found his name listed at the Sachsenhausen concentration camp in November 1938. Then we found him on a transport in 1943 when he was deported to Auschwitz and murdered there. My mother had sleepless nights when she learned the exact story after all those decades. And what I take for myself out of the whole thing: One must never give up.

FORUM: Why was it you who was so interested in your own family history?

Gold: The first generation, like my mother, have usually built new lives for themselves and want to leave their experience of suffering behind. The second generation, on the other hand, is fascinated by the stories. I simply didn't carry the same emotional baggage around with me as my mother did. She didn't know whether the building had really belonged to the family, nor whether it was worth pursuing a claim. All she remembered was when she was a little girl she would visit the building and be allowed to jump up and down on furs stored in the basement. I have old, silent film footage from 1929 showing my mother as a young child running around with her siblings in a garden looking for Easter eggs. My three children also think it's important that I've worked through our family history. 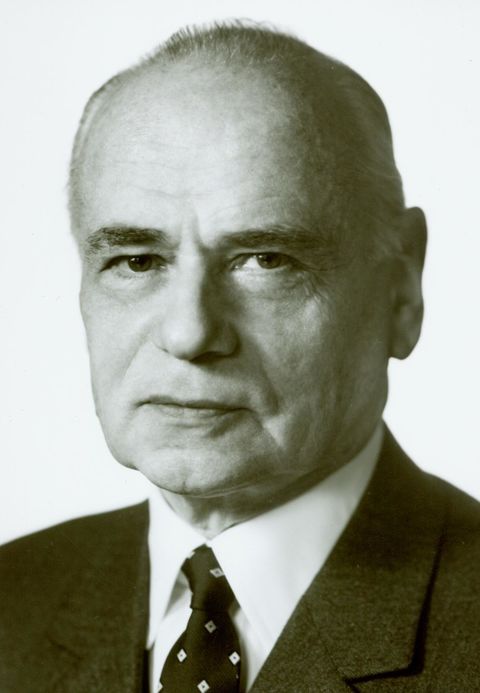 FORUM: How did you find out what role Kurt Hamann played at the time?

Gold: My husband visited the UK National Archives and came across a 1944 British War Office booklet marked “Confidential” called „Who's Who in Nazi Germany“.  Kurt Hamann, the wartime CEO of Victoria Insurance, was listed. When I googled his name late at night, it appeared in connection with the University of Mannheim, which had named a foundation for the promotion of work on insurance-related topics after him. I was shocked and could not believe it. I wrote an e-mail to the then Rector, Prof. Dr. Ernst-Ludwig von Thadden, trying to find out more about Kurt Hamann, whose actual background was unknown to the university at that time: Although Hamann was not a member of the NSDAP, as Chairman of the Board he was responsible for Victoria's business practices, which included being part of a consortium insuring the Auschwitz, Buchenwald and Stutthof slave labor workshops. I have copies of the insurance policies themselves. Hamann was also on the honorary committee of the Haus der Deutschen Kunst alongside Goebbels and Göring. 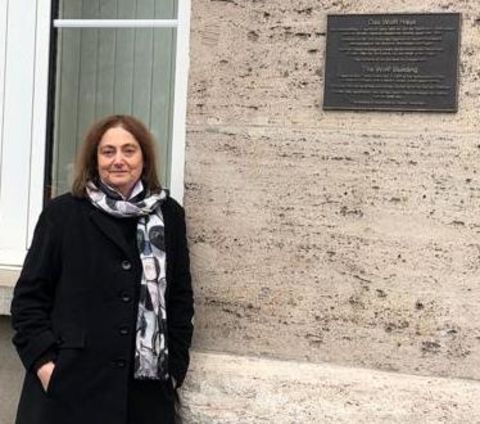 Dina Gold by the plaque on the front of the building, March 2019 / Photo: Dina Gold

FORUM: The University of Mannheim then commissioned an academic study into Kurt Hamann’s background. When the results were available, it decided to revoke his honorary senatorial status and rename the foundation. The Karlsruhe Regional Council has just approved changing the name to “Foundation for the Promotion of Insurance Science at the University of Mannheim“. Is a renaming sufficient or do you think more should be done?

Gold: Today's generation is not to blame for what happened. But it has a responsibility to remember. That's why I campaigned for a plaque to be attached to the building at Krausenstrasse, now part of the Ministry of the Interior, Building and Homeland, explaining its history. And I also got a stumbling stone (Stolperstein) for my great uncle Fritz in front of his former apartment on Dresdener Strasse 97 in the Mitte district of Berlin. We must continue to tell these stories. Last month I visited the building at Krausenstrasse to look at the plaque, which was put up by the Federal Real Estate Agency (Bundes­anstalt für Immobilienaufgaben) in July 2016.  I am sorry to tell you that it looked as if no one had bothered to clean it for a very long time. It was so dirty that it was almost impossible to read what it says.  So I wrote and complained, attaching a photo of me standing next to the plaque.  I recently received an email assuring me that it would be cleaned.  Rest assured, I will be back to check! 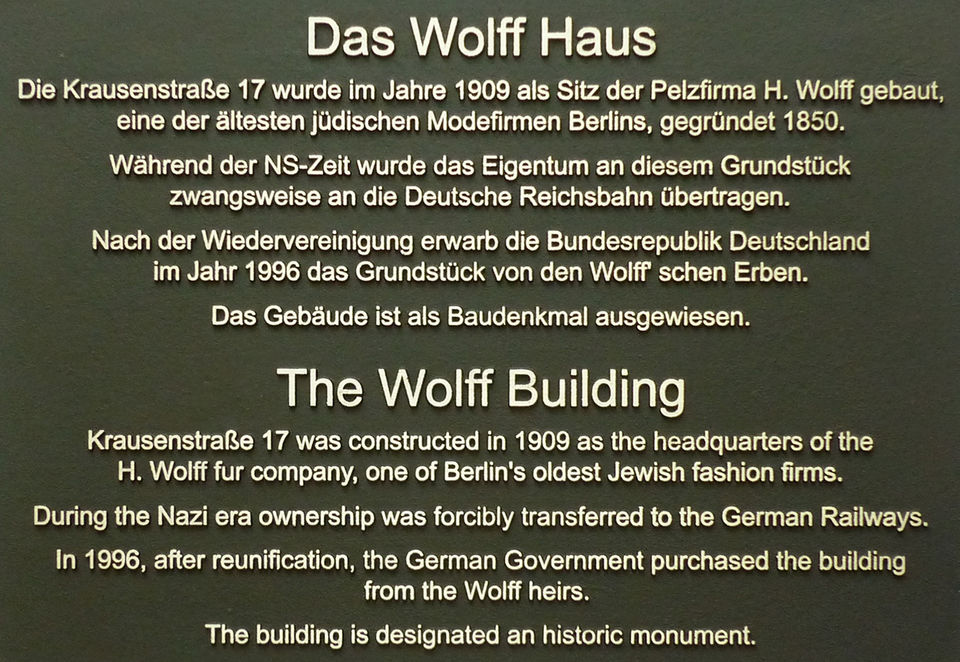