Exhibition of Gurlitt collection, which contains many looted works, raises ‘touchy questions,’ says curator, who wants to show how visual art was ‘instrumentalized by Nazi Germany’

The Israel Museum is making plans to exhibit artworks from the controversial Gurlitt collection, many pieces of which are suspected to have been stolen from Jewish families by the Nazis during World War II.

The treasure trove of 1,500 art pieces found in the Munich, Germany, home of German recluse Cornelius Gurlitt, son of the late Nazi-era art dealer Hildebrand Gurlitt, has until now been on display at the Museum of Fine Arts in Bern, Switzerland, with exhibitions in Bonn and Berlin in Germany. This will be the first time any part of the collection has come to Israel.

“In Israel, it needs a lot of Israeli context, and a slightly different narrative than the one we did here in Germany,” Rein Wolfs, director of the Bundeskunsthalle in Bonn, who will work closely with Israel Museum curator Shlomit Steinberg, told The Times of Israel last week.

The 2012 discovery in the home of reclusive hoarder Cornelius Gurlitt, which included lost artworks by such artists as Paul Cézanne, Claude Monet and Wassily Kandinsky, was celebrated but tainted by the realization that the collection could include pieces that were looted or forcefully taken from families who suffered and died in Nazi concentration camps.

The stash’s discovery made headlines around the world and revived an emotional debate about how thoroughly postwar Germany had dealt with art plundered by the Nazi regime.

When Gurlitt died, his will bequeathed the collection to a small museum in Switzerland, the Museum of Fine Arts Bern, where the first exhibit of the collection opened in November 2107. Some 500 works were left in Germany for a government task force to research the collection’s often murky origins.

But determining their provenance has been slow, and it is still not clear how many of the works had been stolen. 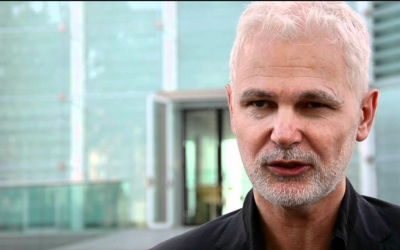 Some 250 pieces of work from the collection were shown as part of the “Gurlitt: Status Report — An Art Dealer in Nazi Germany” exhibition in Bonn in 2017 and then Berlin in 2018, which was viewed by around 250,000 visitors.

“This was a big deal for this kind of exhibition,” said Wolfs.

Besides showing paintings by masters such as Monet, Gauguin, Renoir, and Picasso, Wolfs wanted the show to clarify history, and he displayed the paintings from several perspectives, including the history of the artworks, the historical context of the collection, and the moral and ethical issues raised by its discovery.

“We were able to tell a lot of stories in some ways that were known to people but quite far away in the collective consciousness of people,” he said. “We’re dealing with history which is going back a long time, and what we wanted to show was that it’s great to be able to open these files now to tell the story.” 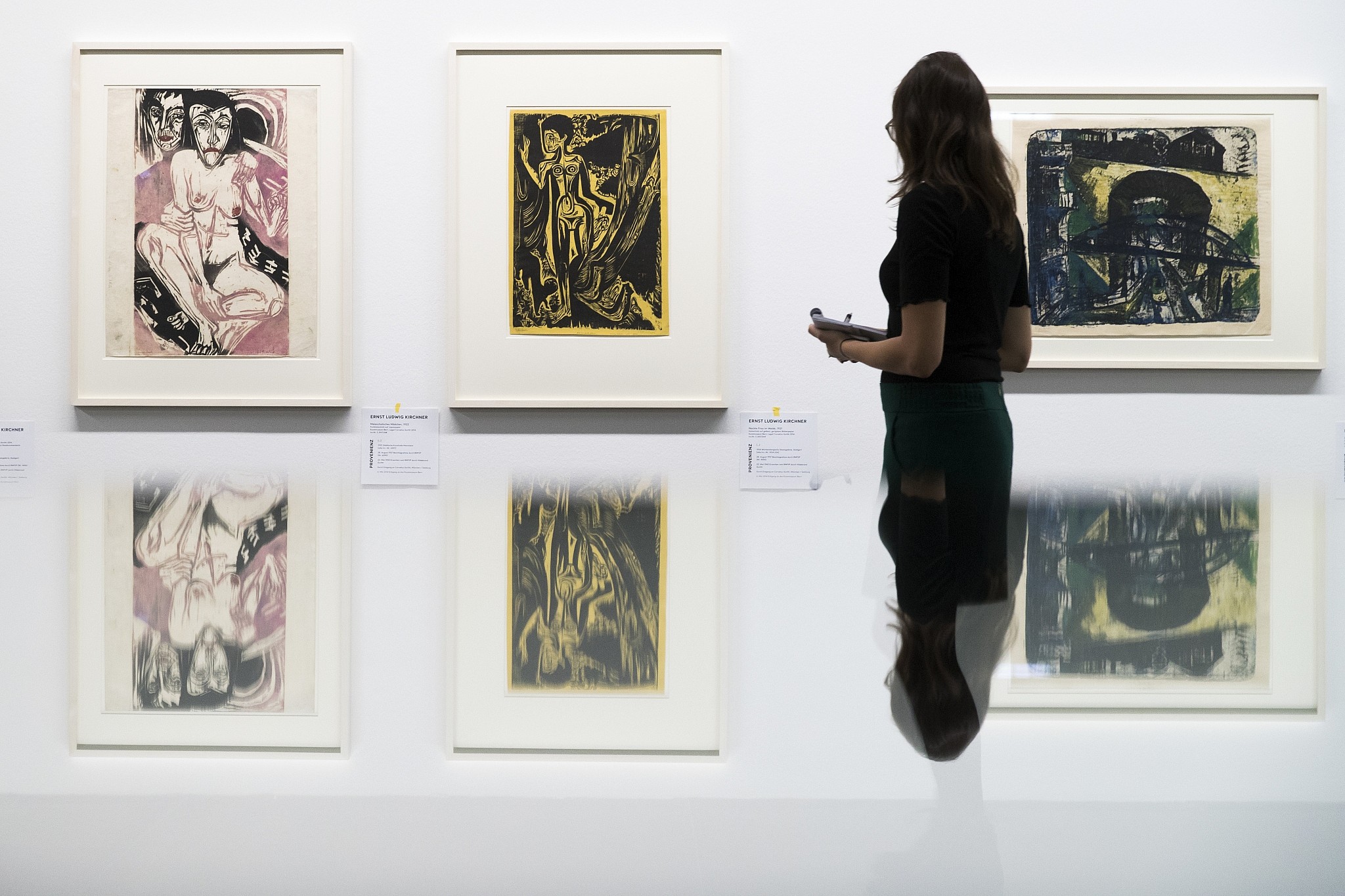 A visitor views the paintings of German painter Ernst Ludwig Kirchner in the exhibition ‘Status Report Gurlitt. degenerate art – confiscated and sold’ in the Kunstmuseum in Bern, Switzerland, Wednesday, November 1, 2017.

The importance of provenance research — figuring out who owned each of the 1,500 artworks and whether they were taken forcefully from their owners — is a centerpiece of the German exhibit.

“It’s a lot of questions, and touchy questions of restitution,” said Wolfs.

About 10 artworks from the Gurlitt collection were identified as looted artworks in the last year, and the idea of the exhibition was to give impetus to that process of restitution, said Wolfs.

“Every single looted work of art which was identified during the process was one too many and every restitution, the consequence of identifying artworks as looted art, was a success, I would say,” he said. “That’s very important here in Germany. We want to make it clear that we are changing our minds about how to get along with the past.”

When not being exhibited, the paintings are divided between Germany and Switzerland, where the provenance of each work is being researched by the Gurlitt Provenance Research Project. 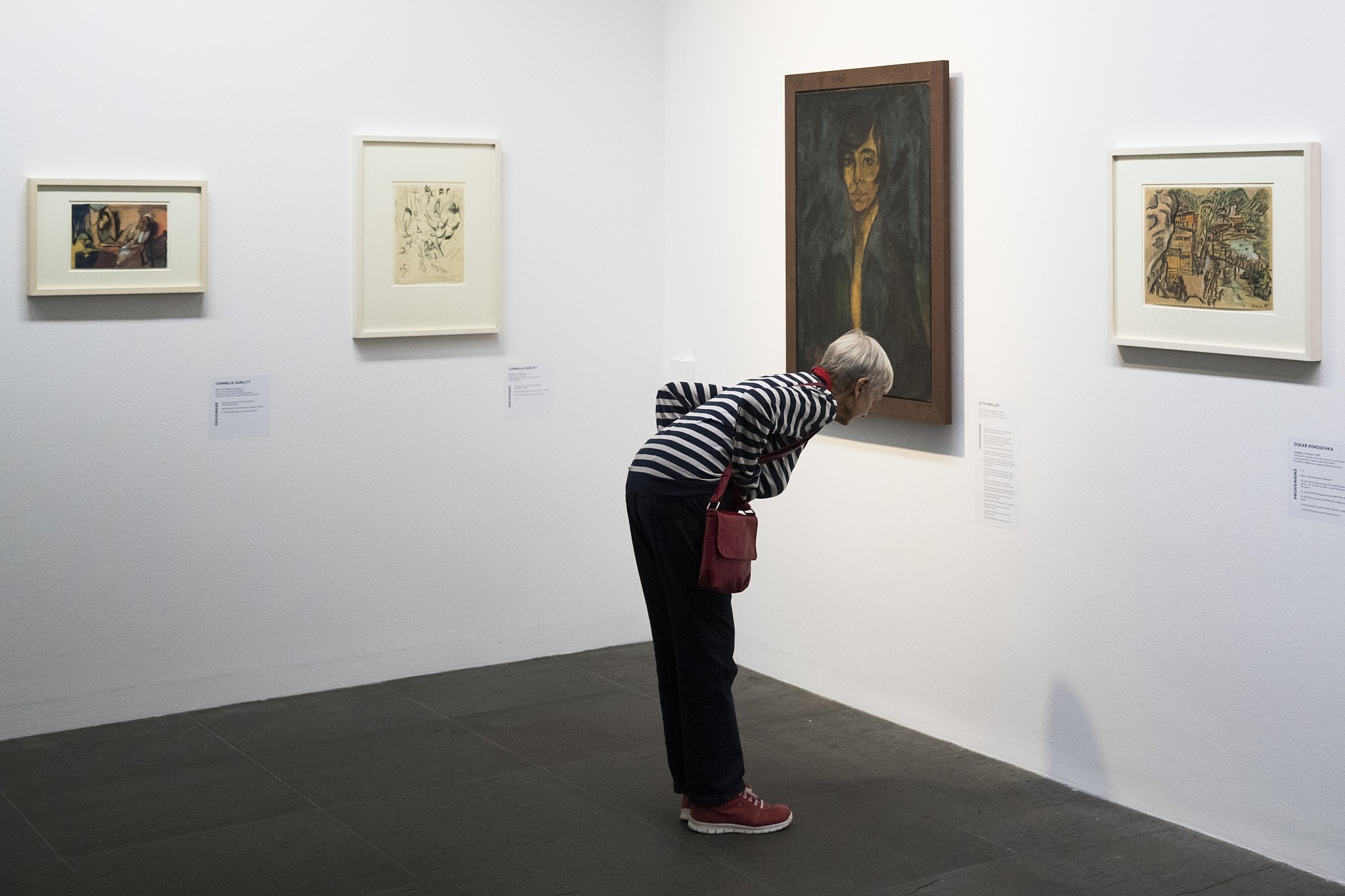 A visitor looks at a painting by German painter Otto Mueller in the exhibition ‘Status Report Gurlitt. degenerate art – confiscated and sold’ in the Kunstmuseum in Bern, Switzerland, Wednesday, November 1, 2017.

“It was important for us to see ourselves as a public service,” said Wolfs. “We wanted to be open and transparent and to show the German and international public what was effectively in this Gurlitt trove and to make clear the background history, the art dealing during WWII and the Nazi period.”

Hildebrand Gurlitt was a noted museum director and an avant garde proponent of expressionism, the modernist movement that originated in Germany at the start of the 20th century. He lost two significant museum directorships in a row and became an art dealer, gradually becoming more involved in the Nazi system as it gained power, said Wolfs. 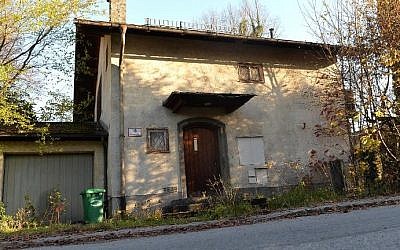 The home of Cornelius Gurlitt in Salzburg, Austria, November 18, 2013

Gurlitt eventually became one of four art dealers who received assignments from the Nazis to sell modern works of art abroad, and from 1942 was assigned to buy works for the so-called special assignment, a utopian museum collection that Adolf Hitler was attempting to create.

Wolfs, a curator for the last 25 years, said the Gurlitt exhibit was the most meaningful of his career because of its confrontation with his country’s history.