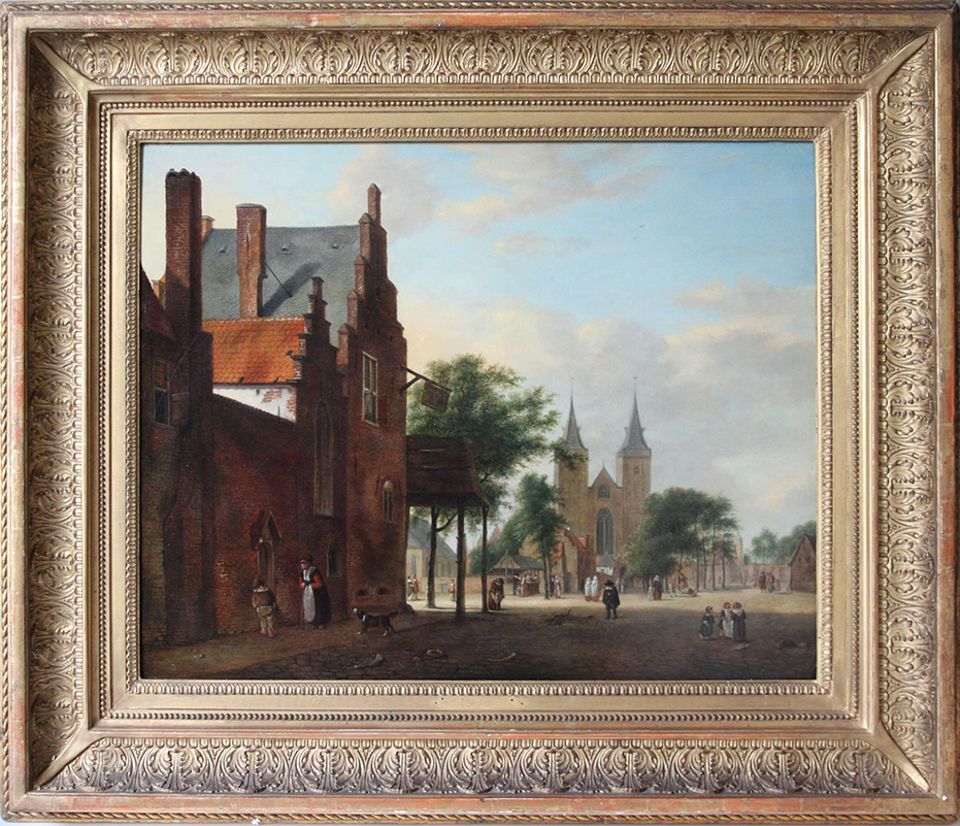 German cathedral returns Nazi-looted painting to Jewish owners | The Xanten Cathedral in Germany has agreed to return a painting attributed to Jan van der Heyden to the heirs of the Austrian Jewish collectors Gottlieb and Mathilde Kraus. The painting, known as View of a Dutch Square, was one of approximately 160 works seized by the Gestapo in 1941, and sold to Hitler’s official photographer Heinrich Hoffmann, after the Kraus family had fled Nazi Germany. After the war the collection was transferred to the State of Bavaria, which subsequently sold it back to an heir of Hoffmann’s. The cathedral, which is partially visible in the painting, acquired it with no knowledge of this history in 1963.