The Louvre Sent Three Paintings to a Show About the Nazi Occupation. They Were Greeted With Three Restitution Claims

The curator of the exhibition at Paris's Shoah Memorial has made the claim on behalf of the rightful heirs of the works.

The Louvre in Paris has become increasingly open about works in its collection that were looted by the Nazis. In late 2017, it opened a dedicated display for orphaned works that had been looted or bought by German occupiers as part of an ongoing effort to find their rightful owners. It also agreed to loan three of these works to an exhibition at Paris’s Shoah Memorial. But the Louvre was probably not expecting the exhibition’s curator, on the eve of the opening, to present the Paris museum with a restitution claim on behalf of people who claim to be the works’ rightful Jewish heirs.

The Louvre lent the works to the exhibition “The Art Market Under Occupation,” which examines the problematic history of the French art market during the period of 1940 to 1944.

The exhibition’s curator, Emmanuelle Polack—who has written a book about France’s art market during the Occupation, particularly the acquisitions made during that period by the country’s national museums—is submitting an official request for the restitution of the three works on behalf of the heirs of a Jewish lawyer and art collector. The paintings are by Jean-Louis Forain, Henry Monnier, and Camille Roqueplan.

From the summer of 1941, the Nazi occupiers and the collaborationist Vichy regime began seizing art and other property from Jewish people in France. The Shoah Memorial exhibition includes unpublished archives from the auctions of Jewish property held at Drouot and the Savoy-Palace in Nice. 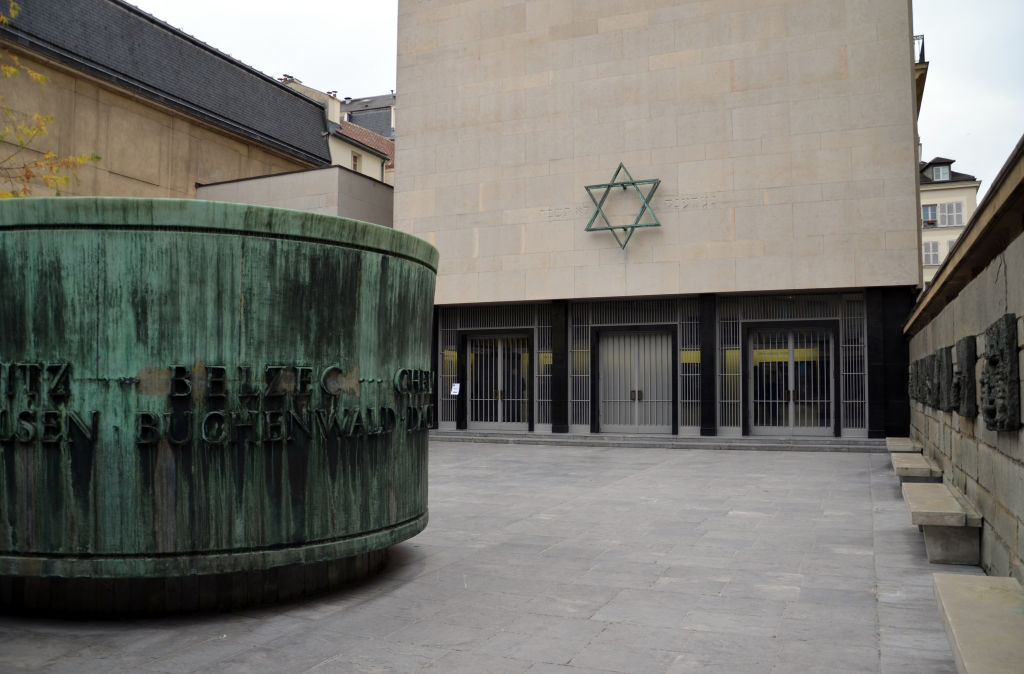 One particular auction, held in June 1942, saw the dispersal of the collection of Modern art that belonged to the lawyer Armand Isaac Dorville, which included works by Bonnard, Renoir, and Manet. Dorville, who was a generous donor to France’s national museums including the Louvre, died a refugee in an unoccupied “free zone” in Dordogne in 1941. His sister Valentine, two nieces, and their two- and four-year-old daughters were all murdered in Auschwitz.

As Dorville’s heirs could not inherit art after his death due to anti-Semitic laws, his collection of 17th- to 19th-century works were sold in an auction titled “Cabinet of a Parisian Amateur.” The then-chief curator at the Louvre’s painting department, René Huyghe, acquired 12 of the 450 lots.

The Louvre still has some of these works in its collection, including the three sent to the Shoah Memorial show.

“It is important that the acquisitions of all national museums during this troubled period are the subject of extensive provenance research,” Polack told the French daily La Croix.

After a recent increase in anti-Semitic attacks in France, Prime Minister Édouard Philippe yesterday announced the state would double its financial support of the Shoah Memorial. artnet News has reached out to the Shoah Memorial and the Louvre for further comment but did not hear back by press time.