A new exhibition has turned up a hoard of art looted from a Jewish family almost wiped out by the Nazis in the Louvre and other leading French museums.

The show about the booming art market in occupied Paris, when more than two million objects went under the hammer in a frenzy of forced sales and looting, has turned up works by Delacroix and Forain taken from the family by the collaborationist French Vichy authorities.
Curator Emmanuelle Polack discovered that the Louvre bought a dozen works seized from the Dorvilles while researching a new book on how Jewish families and some of the most important dealers in modern art were plundered.
The paintings are still in the French national collection, with three loaned to the Shoah Memorial museum in Paris for the show.
Three more works taken from the family -- most of whom perished in Auschwitz -- have turned up in the Gurlitt hoard of 1,500 Old Masters, Impressionist and Cubist works found in a Munich apartment in 2011.
Despite decades of pressure to restore works to their rightful owners, Polack told AFP that there had yet to be a proper audit of the works acquired by the French national collection during the war.
"We need to look at their provenance very calmly and scientifically to lift all suspicion over them. It is hugely important that this is done," she said.
France's Prime Minister Edouard Philippe  -- who visited the museum Monday -- boosted the investigative powers of a commission which awards compensation
to victims of Nazi looting last year after criticism of the slow pace of restitution more than 70 years since the end of World War II. 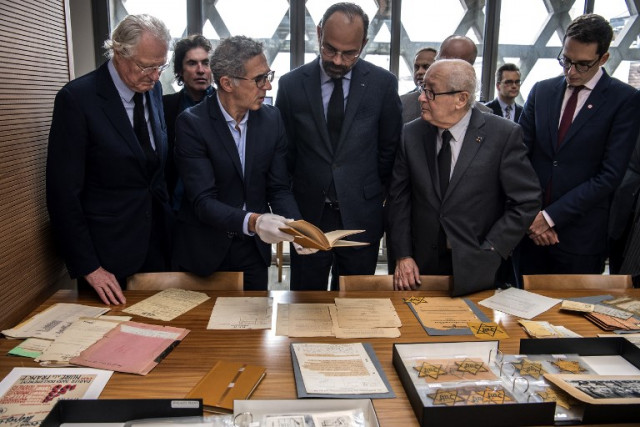