On Monday, dealer Alexander Khochinsky was detained by authorities at Charles de Gaulle Airport in France acting on behalf of the Polish government. He has since been released from custody, according to his lawyer, Nicholas M. O’Donnell, who said Khochinsky’s next hearing is set for March 6. He cannot leave France until that date. 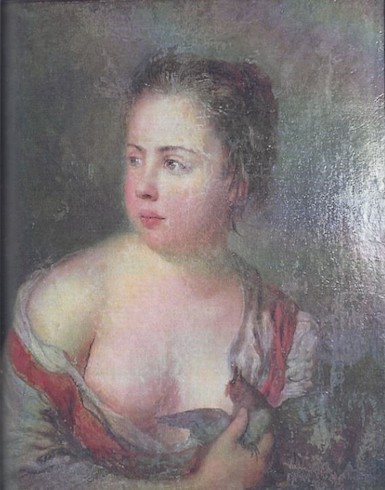 This marks the second time Poland has attempted to extradite Khochinsky in relation to the Antoine Pesne painting Girl with Dove (1754), which Khochinsky claims was given to him by his father, a World War II veteran who purchased it after the conflict ended. He argues that the piece was once held by a Polish museum and was looted by the Nazis at some point during the war.

In June of last year, Khochinsky, an American citizen, filed suit against the Polish government in the U.S. District Court for the District of Columbia. He alleged in that suit that the Polish government had retaliated against him after he approached officials with claims that the painting had been looted and that such action taken against him had “nearly destroyed his livelihood.” He has also asked the court to confirm that he properly owns the painting.

“The Polish government has known about this lawsuit for eight months now, they are ignoring it, and you’re not allowed to do that,” O’Donnell told ARTnews. “The first time Mr. Khochinsky has had a problem traveling internationally was right after I told Poland that, unless they responded, we were going to seek default on the lawsuit. I don’t think that’s a coincidence.” A representative for the Polish government in the U.S. did not immediately respond to a request for comment.

According to the narrative laid out in the suit filed in June, the ownership rights to Girl with Dove were passed on to Khochinsky once his parents died. In 2010 the dealer has said that he became aware that the Wielkopolskie Museum in Poznan, Poland, was seeking to recover a work that matched the description of the Pesne painting, and approached the Polish government with information regarding the canvas. At that time, Khochinsky was seeking repayment from the government for land in the Polish town of Przemysl that was once owned by his family and seized by the Nazis.

Polish officials have accused Khochinsky of knowingly acquiring a stolen painting. In 2015 the U.S. detained him at the request of Poland, though an American court cleared him of the extradition charges shortly thereafter.