MPs back bill on return of Nazi loot to rightful owners


Parliament backs Theresa Villiers amendment to ensure items lost, stolen, looted or seized during the Holocaust are handed back to descendants of owners 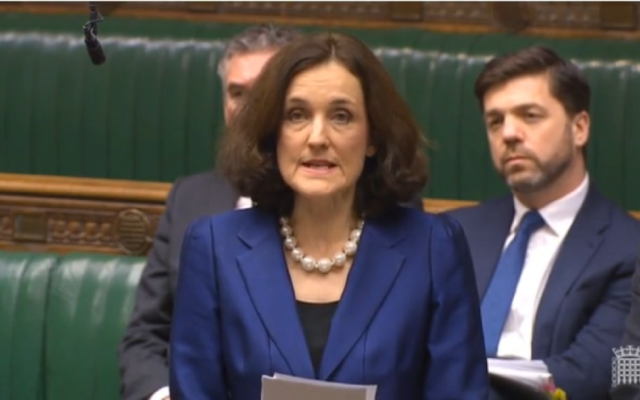 Attempts to return Nazi-looted items to their rightful owners or heirs have received a boost from MPs.

MPs supported the The Holocaust (Return of Cultural Objects)(Amendment) Bill at second reading, which aims to retain a 2009 law before it lapses in November this year.

The existing legislation allows listed national museums and libraries to return items lost, stolen, looted or seized during the Holocaust.

Conservative former minister Theresa Villiers, who moved the Bill, said: “Although, sadly, there is nothing we can do to make up for the pain of losing family members in the Holocaust, the return of a book or a cultural object could provide a unique connection to one of those six million souls whose lives were cut short by humanity’s greatest crime.”

Labour and the Government both support the measures.

Culture Minister Mims Davies said: “There is a strong moral case to remove the sunset clause that provides a time limit on those cases being considered.

It’s important potential claimants should never feel that door is slammed in their face.

“The UK is seeking to show by example and it’s absolutely right we all support this Bill in the House today.”

The Bill will undergo further scrutiny at a later stage.