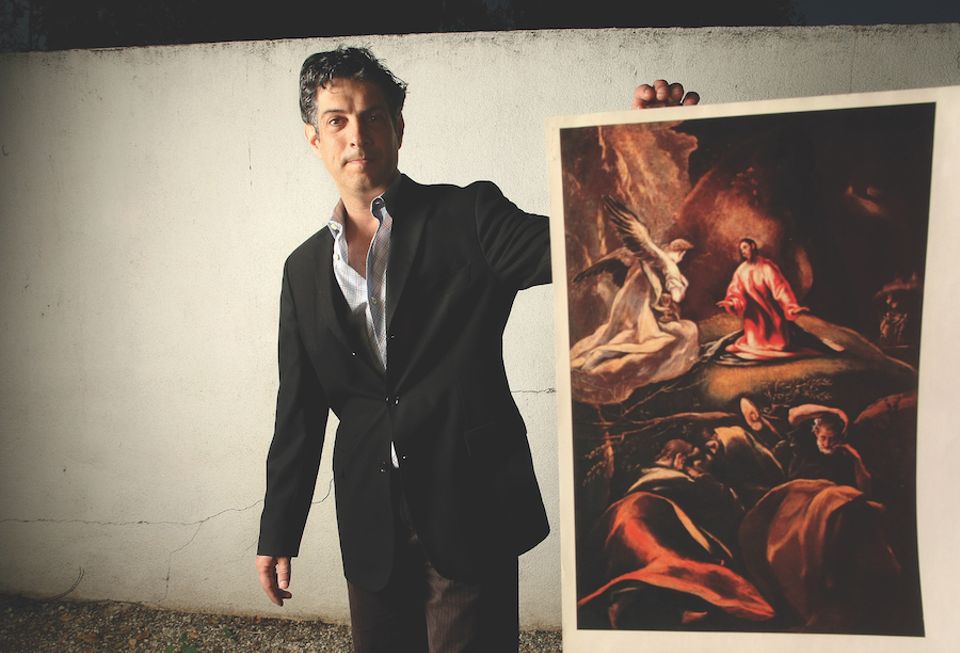 David de Csepel, the great grandson of Baron Herzog, with a photocopy of The Agony in the Garden by El Greco, formerly part of Baron Herzog’s art collection

The Hungarian government scored a minor, but not decisive, victory last month in a decades-long case brought against the country over Nazi-looted art. The US Supreme Court declined on 7 January to hear a challenge by the heirs of the Jewish collector Baron Mór Lipót Herzog to a 2017 Court of Appeal ruling that US courts lack jurisdiction over Hungary due to the Foreign Sovereign Immunities Act (FSIA), which in part protects state-owned works of art in the US from seizure. But the heirs will continue their battle in the US District Court in Washington, DC, to reclaim more than 40 works now in three museums in Budapest, valued at over $100m, by artists including El Greco and Lucas Cranach the Elder.

“Even though our case was filed more than eight years ago, we are still debating issues of jurisdiction,” says Alycia Benenati, a lawyer at the New York law firm Kasowitz Benson Torres, which represents the Baron’s heirs. “Once the issue of jurisdiction is cleared, we hope the case can be resolved quickly. The facts are very solidly in our favour.” The heirs are pursuing an amended complaint from December 2017 against Magyar Nemzeti Vagyonkezelő Zrt, the corporate entity that exercises ownership rights to the art on Hungary’s behalf. FSIA immunity does not apply to the company.

In a statement, Thaddeus J. Stauber and Sarah Erickson André of Nixon Peabody, the firm representing Hungary in the US, call the Supreme Court’s decision “a welcome affirmation that Hungary’s historical events are for Hungary to continue to address in Hungary, not in the courts of the US”. A Hungarian court ruled in 2008 that the country was not required to return the works.

The case highlights Hungary’s resistance to restituting Nazi-looted art in government collections. It is, however, one of more than 40 countries that endorsed the non-binding Washington Principles on Nazi-Confiscated Art in 1998, which promises “just and fair solutions” to the heirs of looted works which are now in public collections. At a conference in Berlin last year to assess progress in implementing those principles, Stuart Eizenstat, a US diplomat who hosted the 1998 conference, singled Hungary out for “refusing to take historic responsibility” for the systematic looting of property owned by Jews that took place there during the Second World War.

Baron Mór Lipót Herzog, who died in 1934, assembled Hungary’s largest private art collection—and among Europe’s greatest—with more than 2,000 works by artists including Claude Monet and Pierre-Auguste Renoir. When his wife died in 1940, the works were divided between their three children (of whom, two escaped Nazi-occupied Hungary, and one died on the Eastern Front).

After the collection was seized, the SS commander Adolf Eichmann personally selected some works to ship to Germany, and the Hungarian government handed the rest to the Museum of Fine Arts in Budapest. A pro-Nazi newspaper boasted that the plunder would help the museum “become a collection ranking just behind Madrid”.

Ronald Lauder, the president of the World Jewish Congress and the chair of the Commission for Art Recovery, says he is confident that the District Court “will not allow Hungary to benefit from the crime of genocide”.

“At the same time, I wish that Hungary would act on its own by making the correct and moral decision,” Lauder adds, “by giving back art that never belonged to Hungary or its museums in the first place, and do this without being pushed to act morally by the courts”.