In ‘The End of Loneliness,’ a German-Swiss Novelist Confronts Death and Loss

Benedict Wells’s fourth novel is his first to be translated into English after gaining much praise in Europe. 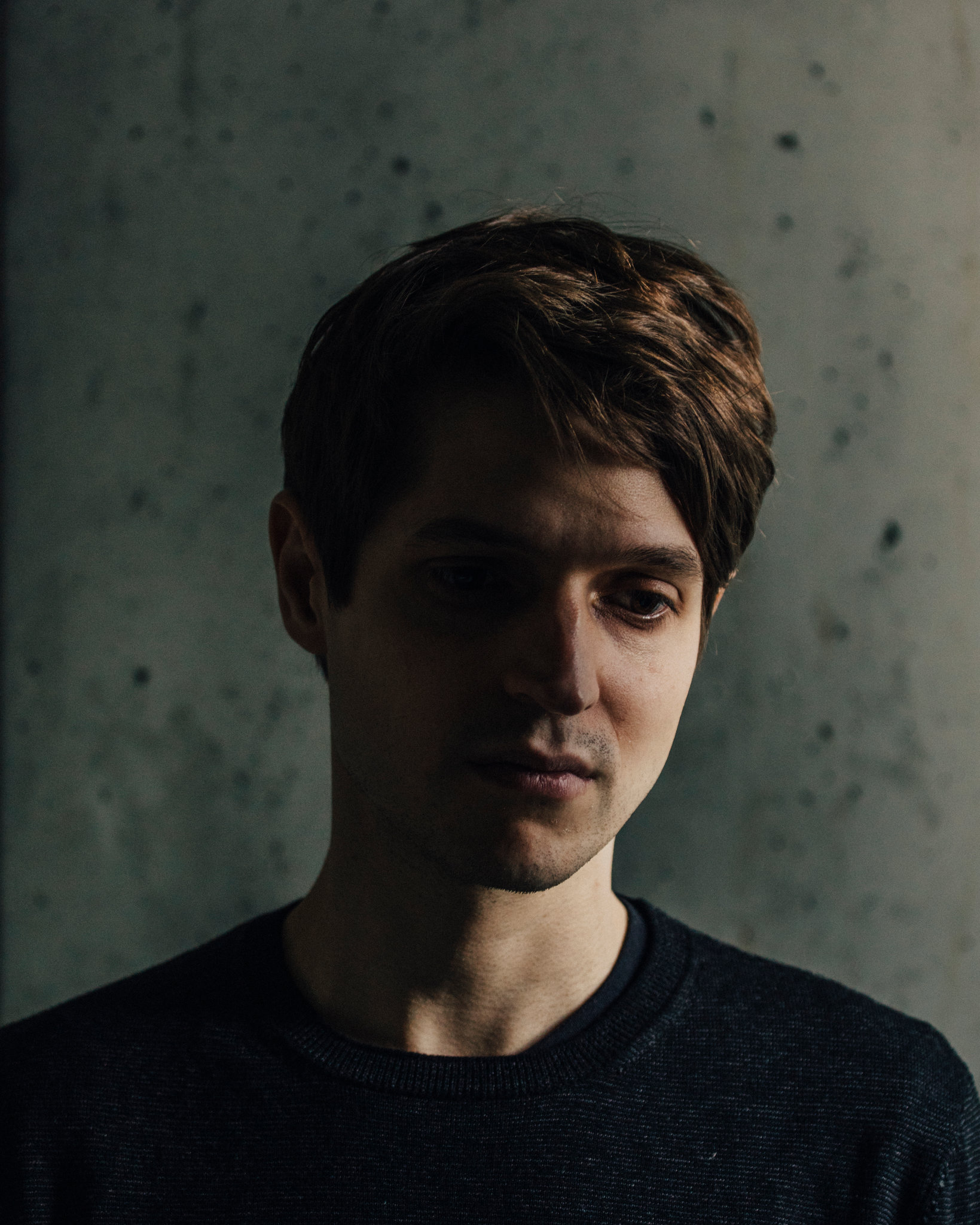 In his previous novels Benedict Wells said that he had tended to wield “irony and sarcasm” to deal with loss. But that this time he deliberately “wanted to confront death again and again.”

The German-Swiss novelist Benedict Wells developed an intimate understanding of Bavarian boarding schools. He spent 13 years from the age of 6 to 19 in three different ones. What he most remembers is the hunger, both literal and figurative, that these rudimentary state-run schools induced in him. “It actually helped me a lot with my writing,” Wells, said in a recent interview. “But now at the age of 34, I think I should get rid of that hunger.”

A Bavarian boarding school features prominently in Wells’s fourth novel “The End of Loneliness,” which is also his first to be translated into English. It spent more than a year-and-a-half on Germany’s Spiegel best-seller list and was awarded the European Union Prize for Literature in 2016. The English-language version, translated by Charlotte Collins, is being released in the United States by Penguin Books on Jan. 29.

Wells said he sometimes broke into tears as he was writing “The End of Loneliness,” which took him seven years to complete. At the heart of the novel are three disparate siblings who are packed off to boarding school after their parents die in a car crash. The story is narrated in the first-person by the youngest, Jules, who is 11 when the accident happens. Jules falls in love with Alva, a young girl whose own family history has also been marked by loss. Their relationship unfurls over the next 30 years, before a fatal illness strikes.

Over the telephone, Wells, who divides his time between Berlin and the Bavarian countryside, described how composing “The End of Loneliness” changed his outlook both as a writer and a human being. In his previous novels he said that he had tended to wield “irony and sarcasm and to look away like most people from loss and loneliness and death.” But that this time he deliberately “wanted to confront death again and again,” to explore how people find the courage to cope with it.

When Collins, who is based in Cambridge, England, began translating “The End of Loneliness” she said she assumed Wells had been through some kind of experience with someone close to him dying. “I have; and I recognized the emotions and the responses to it, which I felt he portrayed absolutely beautifully,” said Collins, whose translation of Robert Seethaler’s “A Whole Life” was shortlisted for the Man Booker International Prize in 2016. “It turned out that he hadn’t had that experience and it was him empathizing with the situation and trying to imagine what it would be like.”

At boarding school, Wells was keen on the storytelling of the Swedish writer Astrid Lindgren, best-known for her saga about a headstrong young girl, Pippi Longstocking. Recently Wells enjoyed seeing “Becoming Astrid,” the director Pernille Fischer Christensen’s movie biopic about the writer. “Later I talked to old school friends who also liked the movie,” he said. “But while all of them talked about the lighter novels that Lindgren wrote, I only remembered the dark ones where she wrote about heroes who didn’t have any parents.”

After leaving school at the age of 19, Wells went to the registry office and had his surname officially changed from von Schirach to Wells. He chose his new name on account of Homer Wells, the orphan hero of “The Cider House Rules,” whose author, John Irving, remains one of his favorites. “Of course boarding school is something very different from an orphanage because I always had loving parents in the background,” Wells said. “But nevertheless I always felt connected to stories about orphans.”

Originally Wells managed to keep his private life out of the public eye but that changed in 2011 with the success of his third novel “Fast Genial,” which led to a German newspaper uncovering the story of his family’s Nazi past. “At least I had the chance to be an independent writer for three books,” Wells said. “My fear now that I have my first book published in America is that everything will arrive at the same time: Me, my book, my family and my family’s past.”

That is why in October 2017, he published an English-language statement on his website entitled “A Personal Matter.” In it, he explained his decision to revoke his family name and create a new one. Wells’s grandfather Baldur von Schirach, who died 10 years before he was born, was sentenced to 20 years in prison at the Nuremberg trials for crimes against humanity, first as the Nazi Party national youth leader and later as Hitler’s personal representative in Vienna. In his statement, Wells wrote: “I did not want to bear the name of a person who committed such crimes and showed no remorse.” 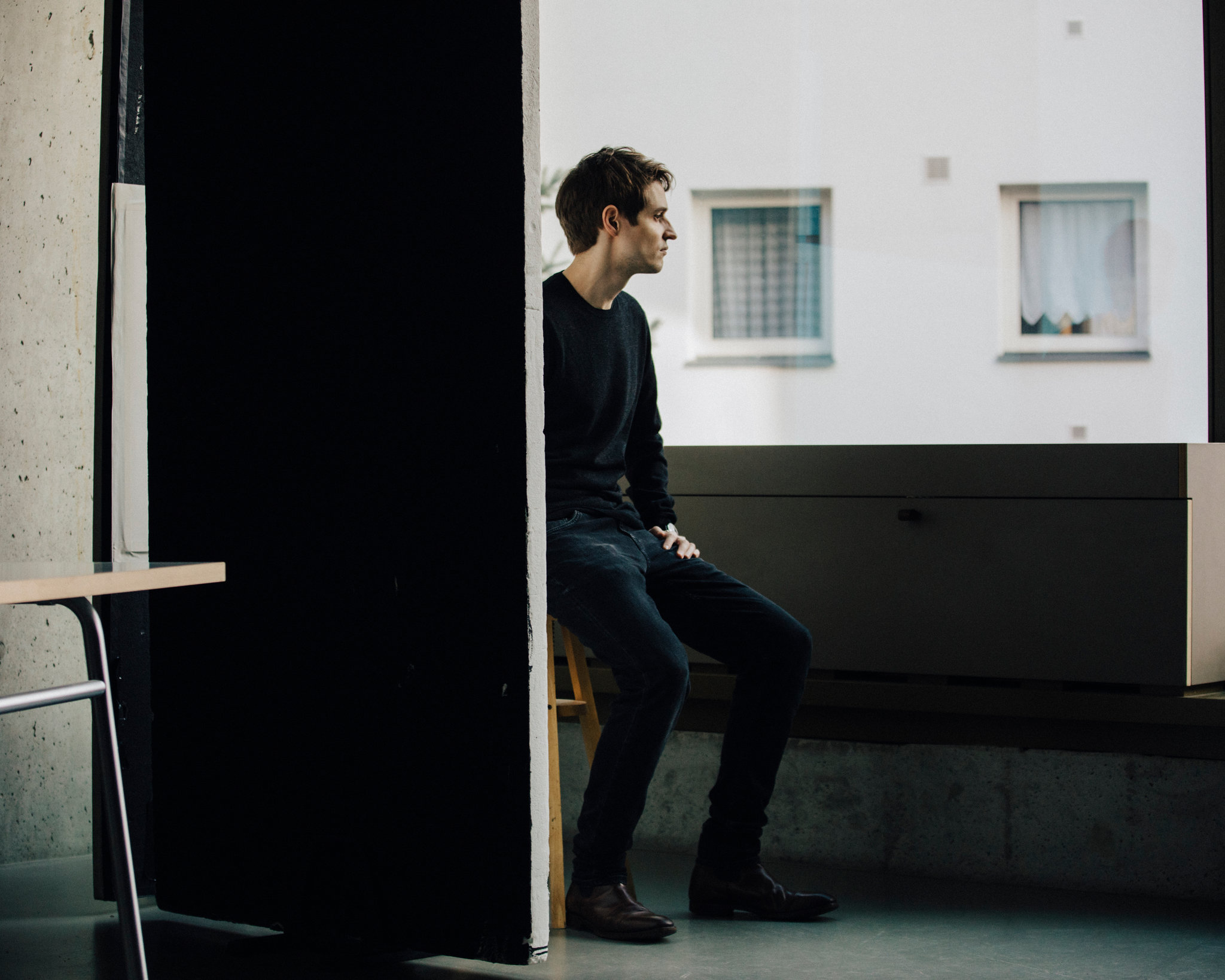 Benedict Wells, whose grandfather, a Nazi, was sentenced to 20 years in prison at the Nuremberg trials for crimes against humanity, changed his name because he “did not want to bear the name of a person who committed such crimes and showed no remorse.”

Writing runs in Wells’s family. His cousin Ferdinand von Schirach is one of Germany’s most successful authors, selling millions of copies of his novels drawn from his experiences as a criminal lawyer. Meanwhile his grandmother Henriette von Schirach, who divorced Baldur in 1950, wrote several memoirs pertaining to the Nazis. As the eldest daughter of Heinrich Hoffmann, one of Hitler’s closest friends and his official photographer, she and her husband were part of an inner circle.

But Wells, who was 7 when his grandmother died, professed to having read none of her books. “For me it was very important to make a strong cut,” he said. When I asked him if his deep-rooted sense of empathy stemmed from a repudiation of his late grandfather’s values, he demurred. “I can promise you that the conscious part of my writing has nothing to do with my family’s past,” he said. “One thing I know for sure is that when I was at boarding school and felt this special loneliness even though I was surrounded by other people, I always thought that one day I would try to find a language for all of that. I think this is definitely one of the reasons why I write now.”

After leaving boarding school, Wells rejected the opportunity to go to university; instead he decided to teach himself how to write fiction. He moved to Berlin where he took on a succession of odd jobs during the day and wrote mostly at night. “When I was at high school there were so many people who were more talented than me,” he said. “I never considered myself a big talent as a writer. But I promised myself that I would not give up.” Wells completed his first novel “Spinner,” about a group of young friends roaming Berlin, at the age of 19, and began sending it out to publishers.

He received over 60 rejections before the novel was eventually published in 2009. By that time he had already scored a hit after the Swiss house Diogenes Verlag introduced him as an author by publishing his second novel “Beck’s Last Summer,” which was made into a German film in 2015. Penguin recently bought the United States rights to “Spinner,” for which Collins is keeping her “fingers crossed” in the hope of translating it.

Wells also published a debut collection of short stories in Germany last year and is now writing another novel. He has plans to work on it for another year or two. Trial and error has become an integral part of his process. “I never studied writing because I always liked to find my own way,” he said. “I’ve always thought that will, determination and endurance are the fields where I can make my mark.”

Tobias Grey is a writer and critic.