Group of lawyers helps survivors and their heirs recover artwork stolen by the Nazis.

Jonathan H. Schwartz is leading a local effort by the Jewish Bar Association (JBAM) to right a historic wrong that’s existed for more than 70 years as, he says, “part of the Nazis’ attempt to wipe out our Jewish identity.”

JBAM, co-founded in 2014 by Schwartz, a partner at Jaffe Raitt Heuer & Weiss P.C. in Southfield, recently launched the Holocaust Art Recovery Initiative, a partnership with the Arts, Communications, Entertainment and Sports (ACES) Section of the State Bar of Michigan. It’s a response to passage of a federal law that allows more time — until Jan. 1, 2027 — for Holocaust victims and/or their descendants to file for the return of valuable artwork stolen from their families during the Nazi era (1933-1945). 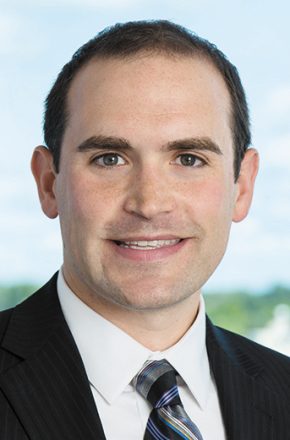 Under the new law, the time period for making such legal claims begins when a family discovers the artwork’s loss, not when the theft actually took place in Europe.

Restitution of Jewish-owned art has been on the radar of the U.S. government since efforts began in 1945 to help recover the then-estimated 650,000 works of art stolen by the Nazis.

“For too long, governments, museums, auction houses and unscrupulous collectors allowed this egregious theft of culture and heritage to continue, imposing legal barriers like arbitrary statutes of limitations to deny families prized possessions stolen from them by the Nazis,” Lauder said at the signing.

“Denying the return of identified Jewish artwork stolen during the Holocaust is outrageous; we cannot be silent when the clock is ticking for recovery under U.S. law.”

The difficulty was dramatized in the popular 2015 film, Woman in Gold. British actress Helen Mirren portrayed real-life Holocaust survivor Maria Altmann, who sets in motion a long legal challenge to recover her family’s cherished Gustav Klimt painting, Portrait of Adele Bloch-Bauer I — also known as The Woman in Gold — from the Austrian government.

“This artwork, some of it by famous Jewish artists, is part of our Jewish identity, as much as Jewish humor, literature and food. Denying the return of identified Jewish artwork stolen during the Holocaust is outrageous, and we cannot be silent when the clock is ticking for recovery under U.S. law,” said Schwartz, JBAM president and the immediate former chairperson of ACES.

With major art recovery cases currently being litigated in New York and California, Schwartz said he wants to achieve success stories like Altmann’s for survivor families living in Metro Detroit.

Schwartz, who has an entertainment practice and more than a decade of experience in art law, explained the local Holocaust Art Recovery Initiative through the acronym “ART.”

“The ‘A’ is for Awareness of the scope and continuing nature of the problem,” Schwartz said. “A million pieces of art were confiscated from the Jewish people and about a third of it — 300,000 missing pieces — have still not been returned to the rightful owners and their descendants. Many people do not realize that this is the largest displacement of art in human history.”

He also wants to bring awareness that the HEAR Act “makes it possible for descendants to go to court to recover art and property lost to the Nazis during the World War II period.”

“The HEAR Act helps those who know that certain works were taken from their family in Europe during the Holocaust and not returned, and addresses some of the statutes of limitation that prevented families from getting their works back,” he said.

JBAM and its partners will help potential claimants by connecting them with scholars and researchers. The latter can help piece together “provenance,” or proof of art ownership, for the rightful heirs. JBAM members and other volunteers are prepared to litigate ownership claims in Michigan federal courts, relying upon the HEAR Act. This must happen prior to the “sunset provision” of Jan. 1, 2027, the deadline to file such lawsuits under the law.

“The letter ‘R’ is for Research,” Schwartz continued. Establishing provenance is the way for tracing a family’s art claim. It’s still possible for experts to recover looted artwork because of documentation kept by Nazis and others during the war.

“A lot of evidence remains to be waded through in different repositories, including at the Holocaust Memorial Center in Farmington Hills,” said Schwartz, who speaks publicly and writes about the problem of looted art.

“We want to help people who had art stolen or their descendants. We put them in touch with genealogists, art experts and others to get as much evidence and documentation as possible to help people with their art claims,” Schwartz said. He noted that in addition to individual families, “we are exploring new ways to help much larger groups of Holocaust victims and their descendants.”

As part of the local effort to help descendants seeking recovery of looted art, Schwartz said they’ll be looking for “T,’” as in Triable cases. Questions for attorneys to consider will include: Where is the artwork? Is it with private parties, displayed on museum walls or sitting in vaults? Do we have the proof to seek recovery? Can we establish a chain of ownership? What is our litigation process? How well have we done before seeking artwork from certain governments, museums and institutions?

“We must keep putting pressure on foreign countries holding the stolen artwork. It’s an international problem,” said Schwartz, noting that “the Hungarian government has been particularly recalcitrant in returning art.”

A pending case, now in appeals, deals with the Herzog Collection that Hungary is refusing to return.

“Russia is another difficult country for getting cooperation,” he said, explaining that it regards the looted Jewish-owned artwork as being “spoils of war.’’ Poland, Spain and Italy have also been slow to address the problem of unreturned Nazi-looted artwork within their borders.

Seeking the return of important artwork goes beyond the dollars they’re worth.

“This is an alarm bell for the global Jewish community,” Schwartz said. “We must put pressure on countries that refuse to disclose evidence or turn over artwork, who stand in our way of recovering our Jewish cultural identity.

“We should not be quiet about it. We can’t recover all 300,000 pieces that are missing, but we have the resources available to make significant progress if people are aware and resolve to pursue their family claims, and the global Jewish community speaks with a united voice.”

Schwartz is glad that the U.S. decided to “shine a spotlight on this issue by passing the HEAR Act but acknowledged that there is much that should be done.

He encourages others to join in the effort with JBAM. “Our goal is helping to recover as many pieces of artwork as possible. This is so important for a variety of reasons, and there’s limited time.”

Jonathan Schwartz is available to further discuss this initiative and how the Michigan legal community is prepared to help and share insight into how people can reach out and receive assistance. He can be reached at jschwartz@jaffelaw.com or (248) 727-1497.