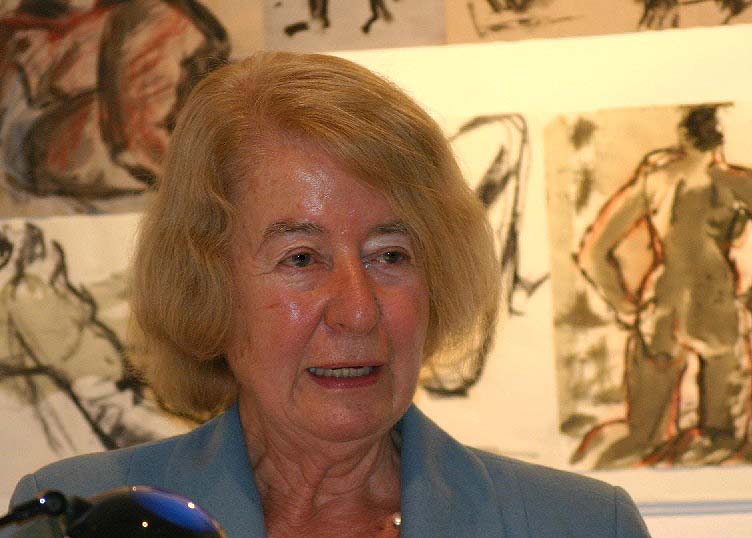 Hilde Schramm, 82, the daughter of the only high-ranking Nazi who apologized for his crimes, Albert Speer, Hitler’s chief architect and minister of armaments and war production, on Monday was awarded the Obermayer German Jewish History Awards, Deutsche Welle reported.

The award was established in 2000 by Dr. Arthur S. Obermayer to pay tribute to non-Jewish Germans who have made outstanding voluntary contributions to preserving the memory of German Jewish communities. Five individuals are honored each year.

The awards ceremony in Berlin’s parliament will coincide with International Holocaust Remembrance Day on January 27.

Schramm, a Green party politician, served as member of the Berlin House of Representatives from 1985 to 1987 and 1989 to 1991 and as its Vice President between 1989 and 1990. She is renowned for using money she received from giving back looted art she inherited to finance the creation of her pro-arts NGO.

Schramm had a lengthy correspondence with her father while he was in Spandau Prison, from which he was released in October 1966.