18th-century 'Vase with Flowers' disappeared from a Florence museum during WWII. Family of Wehrmacht soldier says he did not personally remove it, but agree to return it given court order 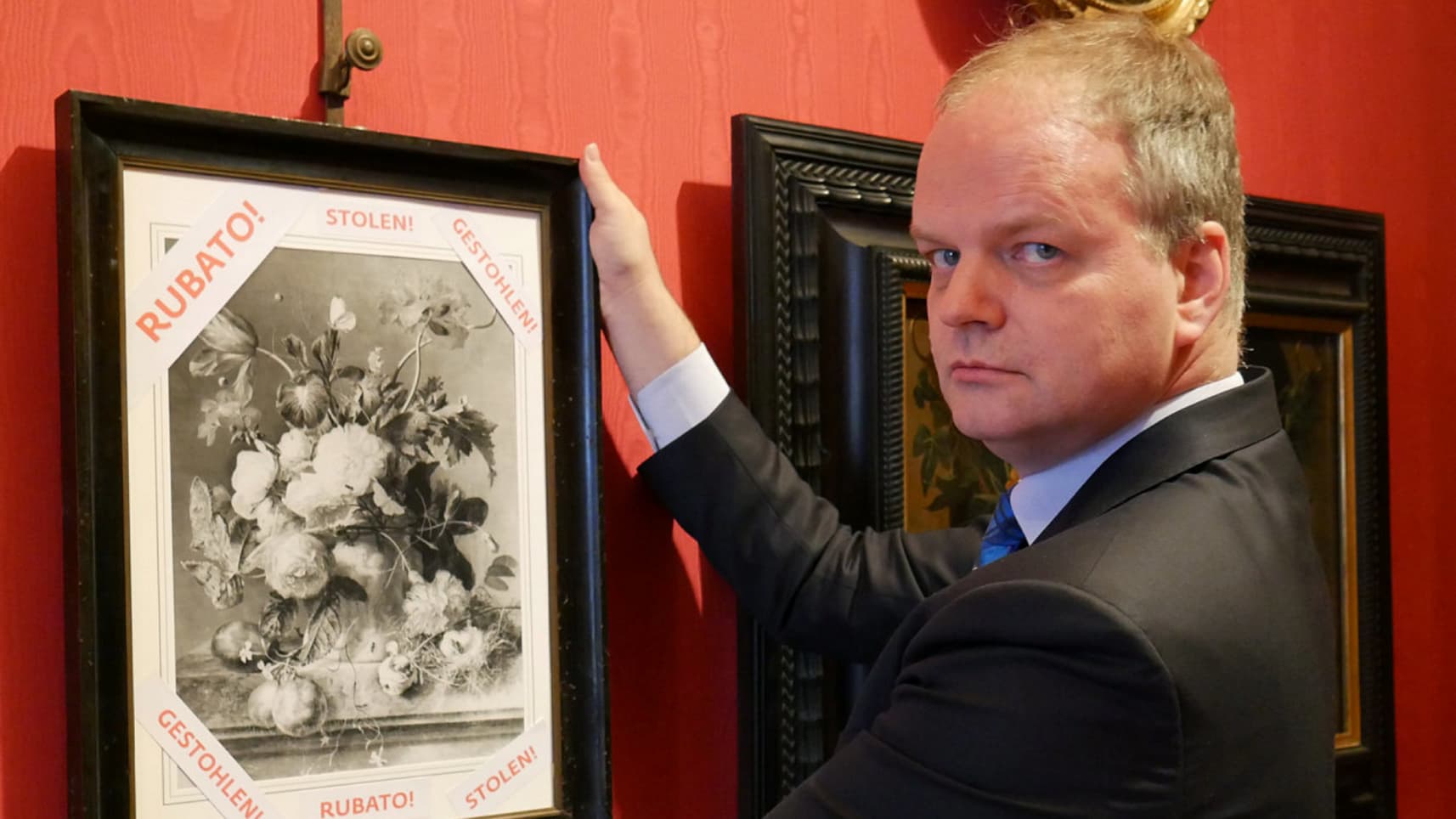 Florence Uffizi Galleries director Eike Schmidt posing past a copy of the "Vase of Flowers" by Dutch painter Jan van Huysum, stolen from the Wehrmacht's Pitti Palace during World War II, in Florence


An oil painting that disappeared from Florence's Palazzo Pitti museum during World War II cannot be considered Nazi stolen art, a lawyer representing the German owners of the artwork said in a Tuesday interview.

The case concerns "Vase with Flowers" by Dutch 18th century still life painter Jan van Huysum, which went missing for decades and reappeared in Germany in 1991.

Its owners say their family obtained it legitimately, and have in the past asked for money to return it to Florence's Uffizi Galleries, which are also responsible for Palazzo Pitti, and consider the painting as looted.

"We would be ready to return the painting even without a reward if an arbitration [court] were to decide it. But we are sure of one thing. This was not Nazi stolen art," Nicolai B. Kemle, a lawyer from Heidelberg, told Italy's La Repubblica newspaper.

The family who possess the painting, who are under investigation in Italy for attempted extortion in connection to their financial requests, are experiencing "discomfort" over the situation and want to remain anonymous, Kemle said.

But they are convinced their grandfather, who was a low-ranking corporal in the Wehrmacht, did not personally remove the painting from its place, and must have obtained it at a later stage, either through a chance discovery or a "purchase in good faith," he added.

Uffizi director Eike Schmidt, himself a German, said on January 1: "Germany is morally obliged to return this work to our museum," and "Because of this affair ... the wounds of World War II and Nazi terrorism still have not completely healed."

Reacting to the lawyer's interview, Schmidt told dpa: "It is obvious that this is Nazi-looted art, and the question of whether the Wehrmacht was robbed by one of its own soldiers does not really matter legally."