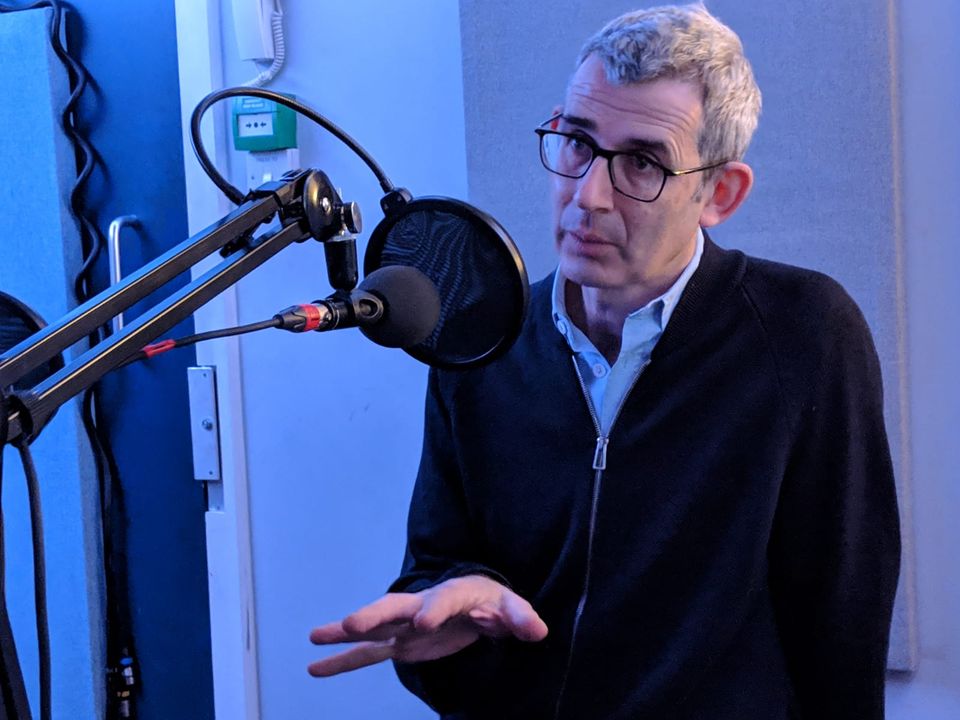 The artist and writer Edmund de Waal has told The Art Newspaper podcast that “a moment of total crisis in Europe” prompted him to auction off part of his familial collection of Japanese netsuke figures for a refugee charity.

The collection of 264 tiny human and animal figures in wood and ivory were the subject of De Waal’s bestselling book The Hare with Amber Eyes, which tells the story of his ancestral family, the Ephrussi. The family lost all their possessions when the Nazis confiscated their property in Vienna in 1938 but the netsuke were hidden inside a mattress by the family’s maid during the war years. As an heirloom, acquired first in the Japonisme craze in Paris in the 1870s and then passed down through five generations, they are the common thread that weaves through De Waal’s family story. In November, De Waal auctioned 79 of the figures, raising £79,590 for the Refugee Council. The rest of the collection has now gone on long-term loan to the Jewish Museum in Vienna.

On the podcast, we asked what prompted him to decide to sell and lend the netsuke. “It’s a very particular moment,” he said. “My father is almost 90, my children are fierce, active, politicised 20, 19 and 16 year olds, and we sat together and we looked at this collection and we realised that though we absolutely loved having it in our lives and hands, this was a moment of total crisis in Europe. This is the biggest refugee crisis since the Second World War. My father was a refugee, the only reason that we exist as a family is because he was allowed to come to Britain in 1939. The status of refugees now is hugely significant to us as a family. So we thought, actually, this collection is a symbol of migration, it’s a beautiful collection of migratory objects. And, for me, that’s the story I tell in the book.”

Of raising money for the Refugee Council, for unaccompanied refugee children, De Waal said: “I can’t think of anything better to do with it, and it raised a huge amount of money.” But he said that he has had both positive and negative responses to his decision to send the rest of the collection, with his family archive, to Vienna. “I’ve had some people say: ‘How can you bear Vienna? How can you take things back to Vienna? Your family was almost destroyed in Vienna.’ And obviously for me it’s a hugely significant thing. I’ve been working in Vienna a lot over the last decade and I’m conscious that this is a kind of inverse restitution. Restitution, of course, is the giving back of looted art, it’s the bringing back to families of objects and stories that have been stripped from them during the Holocaust era. It’s a hugely significant thing and I am very supportive of that, of course I am, it’s part of my life. But I’m also interested in something slightly different, which is the creative taking-back of stories to these places, of beginnings, to Vienna or Berlin, or wherever. And making those stories much more vivid and more real in these interesting, complicated cities now.”

De Waal described his conversation with the president of Austria, Alexander Van der Bellen, when he took the netsuke and the archive to Austria. “He talked fascinatingly about this crisis of empathy,” De Waal said. “That there are all these new communities within Austria, refugee communities who have no connection—of course they have no connection at all with the Anschluss, with the Nazi era. And how can they or should they connect to that historical past? They’ve come from places of enormous trauma themselves, they’ve often come with a suitcase, just like my father came with a suitcase here in 1939. So what you want to happen is to try and tell the stories of loss, diaspora, powerfully for now, and connect these stories with what’s happening at this moment. And you can do that.”

Elsewhere in the podcast interview, De Waal discussed his weariness with the progress of restituting Nazi-era looted art, his experience of curating the collection of the Kunsthistoriches Museum in Vienna and his show due to open at the Frick Collection in New York in May 2019. He also discussed two recent exhibitions of his ceramic-based work in California, and confessed: “I’m finally coming out that actually what I’m doing is poetry.”

In this episode, along with the interview with De Waal, we spoke to Krzysztof Gil, a Roma artist, about Welcome to the Country where the Gypsy Has Been Hunted, his exhibition at l’étrangère gallery in London (until 5 January 2019), focusing on the historic persecution of Roma peoples and its resonance in the present.