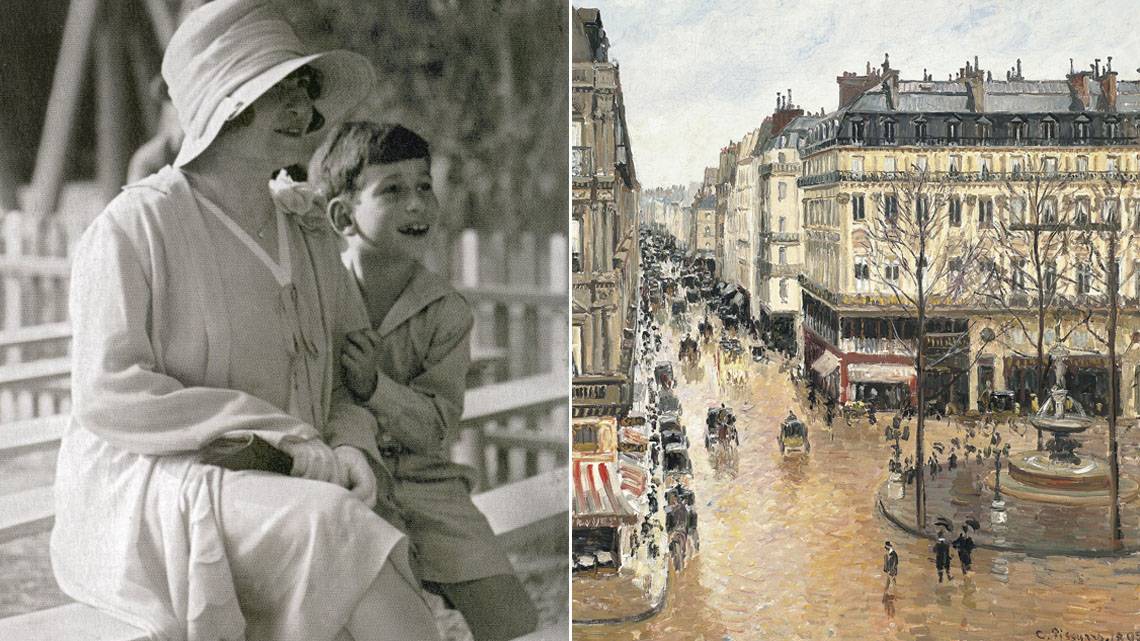 Lilly Cassirer, pictured with her grandson Claude, owned a valuable Pissarro painting in Berlin in the 1930s. The impressionist painting, right, was seized by the Nazis in 1939 and now hangs at the Museo Nacional Thyssen-Bornemisza in Madrid. Cassirer’s great grandson is fighting a legal battle with the Spanish museum to return the painting

But the oil-on-canvas masterpiece has a dark past: the Nazis strong-armed it away from Lilly Cassirer, whose prominent Jewish family owned an art gallery in Germany in the 1930s.

After years of legal battles, the Cassirer family — with help from prominent Miami lawyer Steve Zack — next week will finally get a chance to convince a federal judge to order Spain to return the priceless work of art. Monday’s trial in a Los Angeles federal court will be closely watched in the art world, and for those who have fought for decades to return art looted by the Nazis during the Holocaust.

For Zack, a former American Bar Association and Florida Bar president, the case has special resonance. He is Jewish. And Zack and his family were forced to flee Cuba by the island’s Communist authoritarian regime.

“This is important in different ways to many communities,” Zack said of the case. “Jewish and Cuban families suffered, from the Nazis and the Casto regime. When we took on this case, it had a significant meaning far beyond just one case.”

Tracking down Nazi-looted art has been a priority for world leaders, who this month celebrated the 20th anniversary of the Washington Principles, a treaty aimed at returning the pieces to their rightful owners. 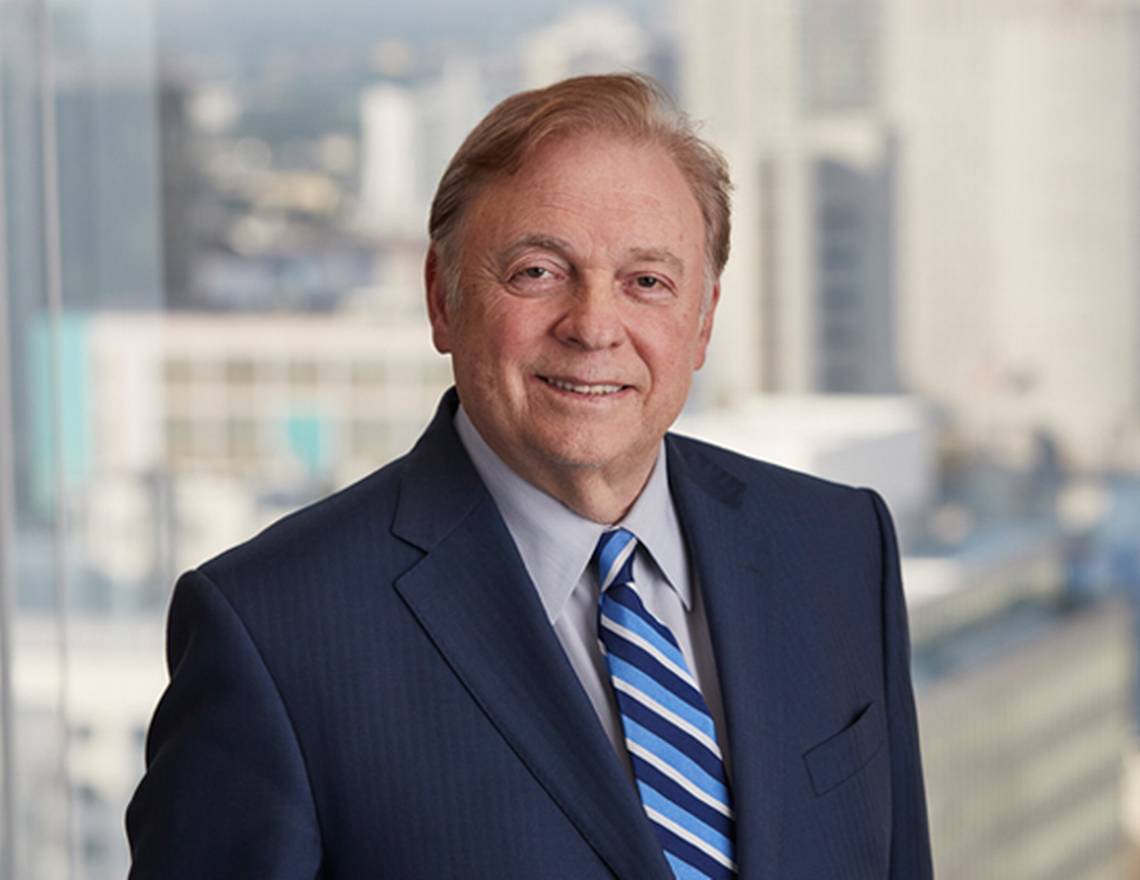 The Nazi regime stole an estimated 600,000 paintings before and during World War II, Stuart E. Eizenstat, a U.S. State Department adviser who helped establish the treaty, said at the conference earlier this month. He told the conference that at least 100,000 paintings remain unrecovered, according to the New York Times, and singled out five countries, including Spain, for resisting efforts to return art stolen by Hitler’s henchmen.

As U.S. deputy secretary of the Treasury under the Clinton administration, Eizenstat urged Spain to return the Cassirer family’s painting to no avail.

The odyssey of the Pissarro painting began in 1900, when his exclusive agent sold the work to the Cassirers, who owned a prominent gallery in Berlin. Lilly Cassirer inherited the piece in 1926, and displayed it her parlor. By 1939, as the Nazis were systematically destroying Jewish society and preparing to unleash their war machine on Europe, Cassirer was forced to sell them the painting for a paltry sum in exchange for safe passage out of Germany.

During the war, the Nazis sold the painting to an anonymous buyer. For decades, the Cassirers believed the painting was lost, until a family friend in 2000 spotted it at the Thyssen-Bornemisza museum.

So what happened? The painting — today valued at at least $40 million — wound up in the hands of Baron Hans Heinrich Thyssen-Bornemisza, a member of the famous German industrialist family. Records show he had purchased the painting in 1976 from St. Louis collector Sydney Schoenberg through the Stephen Hahn Gallery in New York.

Spain later bought Thyssen-Bornemisza’s art collection for display at the government-run museum that bears his name. The baron died in 2002. For years after the painting was spotted, the Cassirer family repeatedly asked the museum to return the painting.

It was not until 2005 that Claude Cassirer, Lilly’s grandson, filed a federal lawsuit in Southern California. A trial judge dismissed the case five years later, a decision overturned in 2013 by a federal appeals court. Claude has since died, but his son, David Cassirer, is now the plaintiff, along with the United Jewish Federation of San Diego County.

“There is a widespread recognition by civilized nations that is important to restore looted art to the rightful owners. The Spanish government and the Spanish museum, in this respect, is contrary to international norms. And frankly, it’s reprehensible,” said lawyer David Boies, who also represents the family..

In an unusual court room scenario, the Los Angeles federal judge must rule under Spanish legal standards. Spain and the museum will argue that Thyssen-Bornemisza bought the masterpiece in good faith — that the baron never knew the painting was ripped off from the family by the Nazis.

“No evidence of bad faith can be found in the Baron’s ownership of the painting – during which time the painting was publicized and publicly exhibited in international tours between 1979 and 1986, and in the 1988 magazine Architectural Digest,” the museum’s legal team, headed by Thaddeus Stauber, wrote in court documents.

The Cassirer family’s legal team must prove that museum was an encubrador — in Spanish law, an accessory to the theft of the art decades earlier.

They point out that Thyssen-Bornemisza was a sophisticated art buyer who employed a cadre of experts to examine works. When he bought the painting in New York, it still had a label identifying it as part of the Cassirer Gallery in Berlin. Within the art world, it was widely known that the Cassirer painting had been targeted by the Nazis.

“It was easy to find out this was looted,” Boises said.

In the years after the purchase, Thyssen-Bornemisza also fudged details of the purchase to try and hide that he knew the Pissarro was a stolen work of art, according to the lawyers.

The trial is before U.S. District Judge John Walter, and is expected to last at least three days. 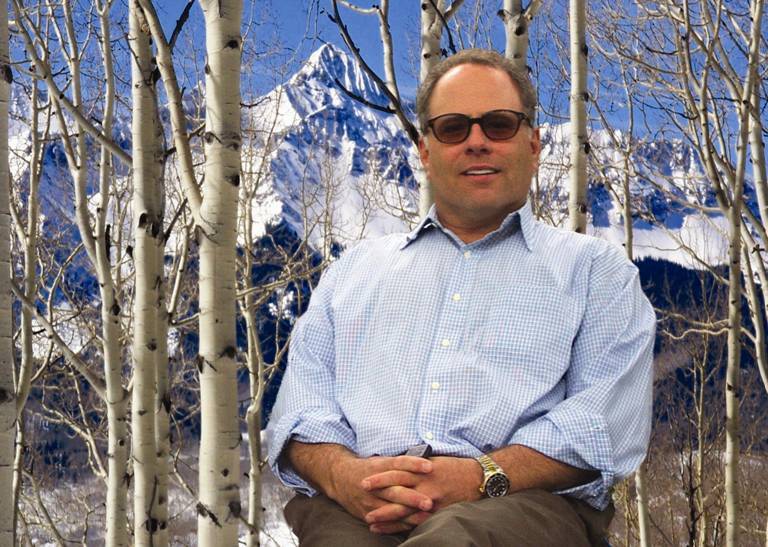 David Cassirer is suing Spain’s Thyssen-Bornemisza Museum to recover a valuable Pisarro painting that was stolen by the Nazis in 1939, and later wound up hanging in the gallery. - Cassirer family