In a Netherlands Museum Director, the Nazis Found an Ally 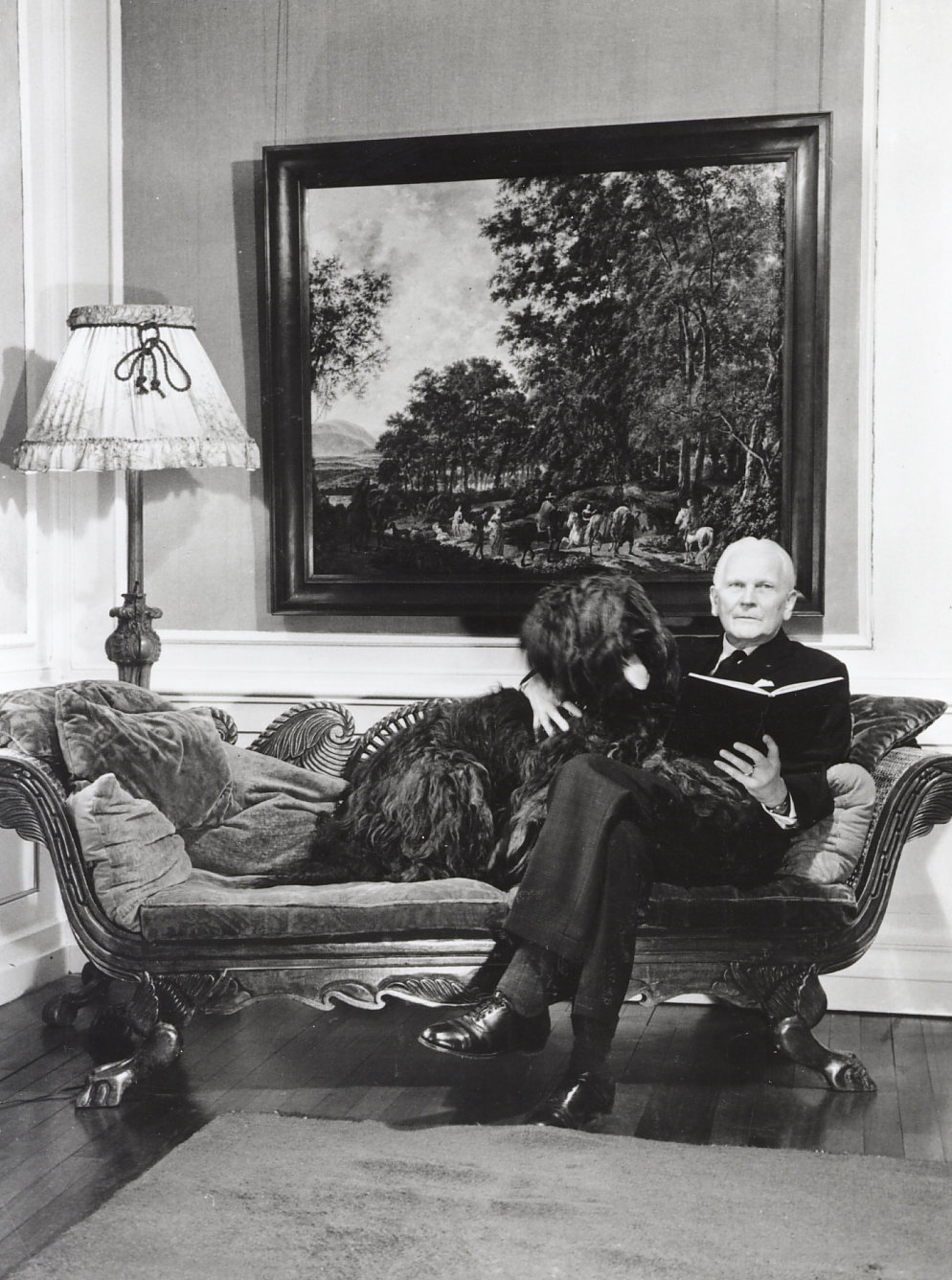 Dirk Hannema, pictured here in 1972, ran one of the most influential Dutch museums during World War II but has been accused of collaborating with the Nazis.

ROTTERDAM, the Netherlands — In 1943, an official of an art clearing house the Nazis set up in the Netherlands to sell looted Jewish property, approached the director of the Boijmans Museum in Rotterdam. He had four works he wanted to sell, including a lovely oil painting, “Woman Seated on the Grass at the Edge of a Meadow and Reading,” by Nicolaas van der Waay

The museum director, Dirk Hannema, may not have known the painful specifics of the painting’s provenance, that it had belonged to Izaak Leefsma, a Jewish paint manufacturer, and his wife, Helene Leefsma-Meijer, who had been deported and, only months before, murdered at a concentration camp. 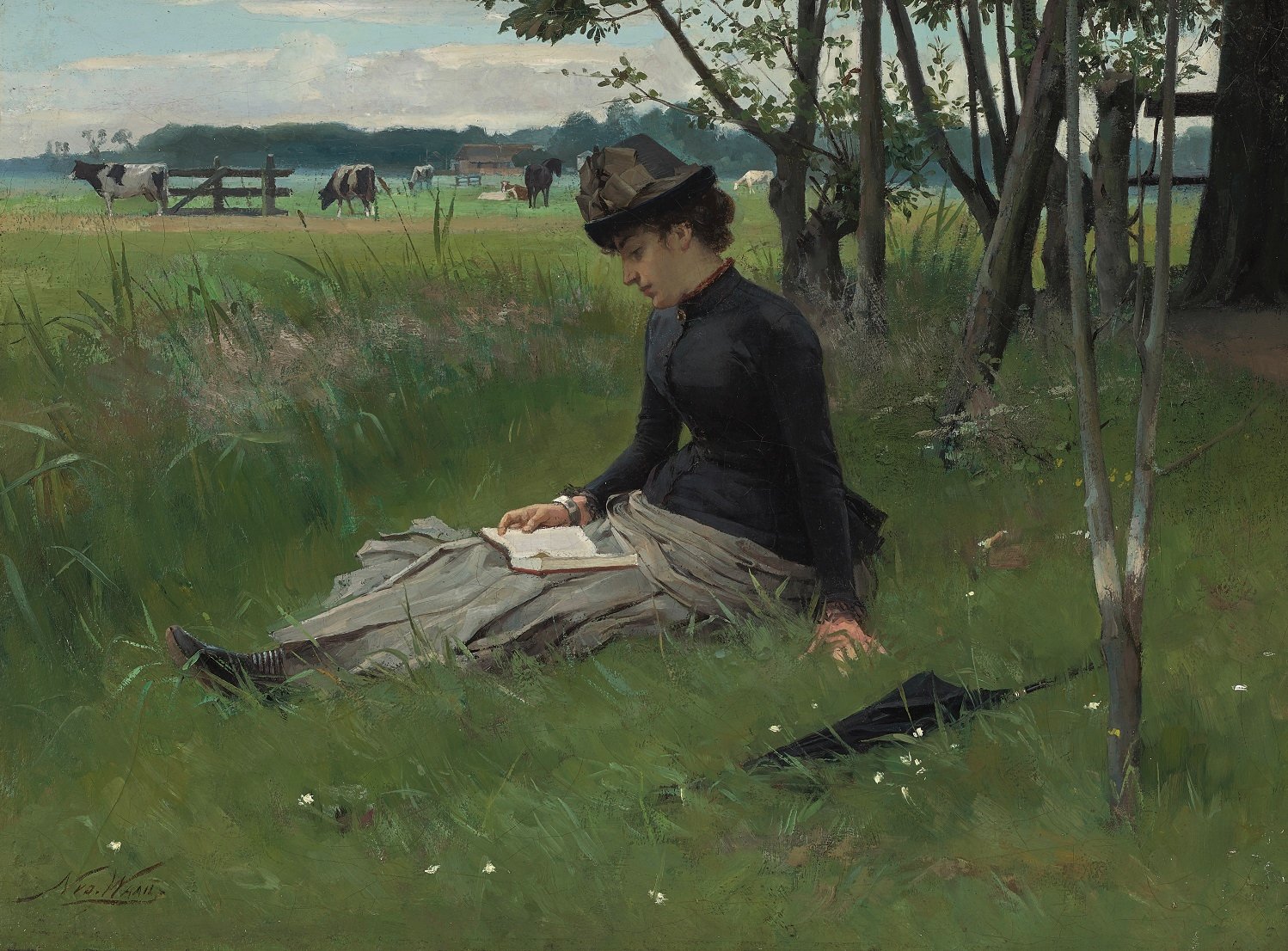 As museum director, Mr. Hannema agreed to buy this painting that had been looted from a Jewish family.

But Mr. Hannema, who served as the top museum official for the Dutch shadow government set up by the Nazis, must have known what sort of ugly business the art clearing house, the Mühlmann Agency, was up to, historians say.

He bought the Leefsmas’ painting, which would remain in the Dutch museum for the next 57 years until its return to the heirs of the family in 2000. Researchers now say they have found another 30 works still in the museum that have “questionable provenance” and may have been looted, most of them acquired during Mr. Hannema’s reign as director from 1921 to 1945.

“He collaborated with the Germans and he knew what he was doing,” Sjarel Ex, the current director of the museum, said of his predecessor. “His decision was that it was worthwhile to work with them because he knew that he could have more influence and power with the people who were reigning instead of being a refugee or going into hiding or living on the outskirts.”

Though Mr. Hannema’s relationship with the Germans has been previously recognized by historians, the details of his collaboration are being revisited these days as part of a sweeping review by Dutch museums of their war-era record. In a recent report, the Netherlands Museum Association announced that after a decade of research, Dutch museums have so far discovered 172 artworks in their collections with problematic histories, suggesting they may have been looted or sold under duress.

Across Europe, museums are still grappling — some more diligently than others — with how to identify and handle works of art that may have a tainted wartime history. The Dutch drive gained significant momentum in the late 1990s, though the process has moved forward since in fits and starts. The research has expanded over time to include not just art acquired by museums before or during the war, but also gifts that came later that have suspicious gaps in their provenance.

This year as part of the renewed research efforts, the Boijmans, now known as the Museum Boijmans Van Beuningen, supplemented its inventory process with a separate report by an independent historian, plus an exhibition, “The Boijmans in the War. Art in a Destroyed City,” that discusses Mr. Hannema’s role. The museum director’s life is also the subject of a new biography by the Dutch art and cultural historian Wessel Krul, which was published last month.

“Our hope and intention is that, with this project we can do justice to the people who have lost their works of art,” said Hanna Leijen, head of the documentation center at the Boijmans. “And if the museum is not the right owner, that we can return it. We do not want works of art on our walls that have this harsh and problematic history, and so that’s an important task that we’ve tried to perform to the best of our abilities in the last years.”

Under the Dutch system, the return of looted works is handled by a government-appointed panel, the Dutch Restitution Committee, which is now conducting further research to determine whether the works identified by the museums as problematic need to be returned.

Since it was established in 2003, the panel has recommended the return hundreds of looted works of art, including 202 works from the collection of the Dutch-Jewish art dealer Jacques Goudstikker.

These efforts have been commended, but critics like James Palmer, the founder of Mondex Corporation, an art recovery company based in Toronto, said restitution claims by rightful heirs are still often stymied. He points to the Dutch committee’s recent rejection of a claim by the heirs of a Jewish couple, Irma Klein and Robert Lewenstein, for a Wassily Kandinsky painting, “Bild mit Häusern” (“Picture With Houses,” 1909), which is in the collection of the Stedelijk Museum in Amsterdam. 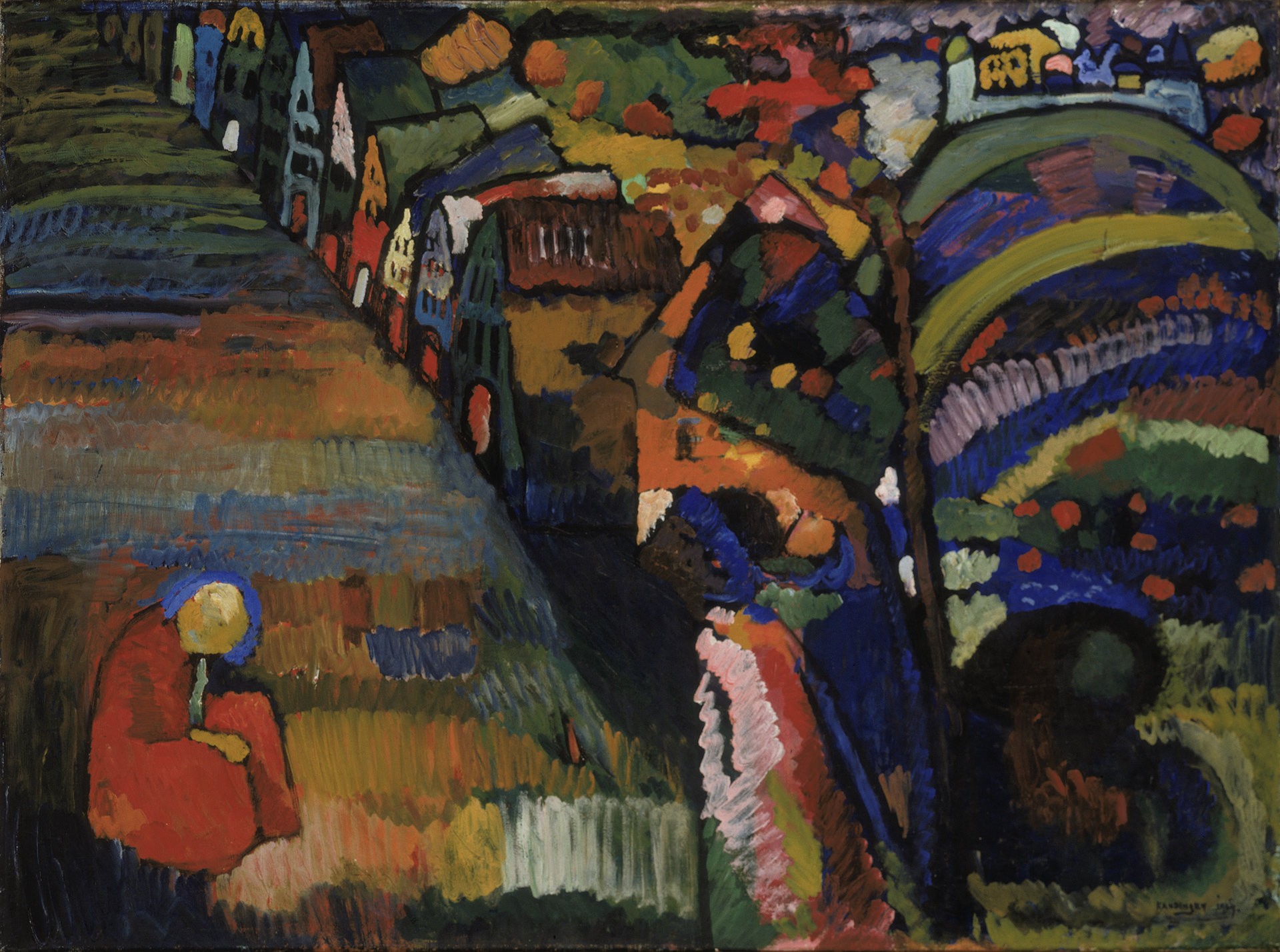 Wassily Kandinsky’s “Picture With Houses” in the Stedelijk Museum was identified as having a questionable provenance. But the Dutch panel that governs restitutions decided that its Jewish owners had not sold it under war-related duress and that it should not be returned.

The Stedelijk had identified the painting as one of 15 works with a “possibly problematic provenance.” But the committee conducted further research and on Nov. 1 announced its binding conclusion that the museum was not obliged to return it. The committee found that the family had voluntarily cooperated in the October 1940 auction of the painting to the Stedelijk. Mr. Palmer, who represents the Lewenstein heirs, however, says there is no evidence that this is the case.

“This is the systematic approach they’ve been taking against Jewish claimants for decades, and they continue to do this, and it’s incomprehensible,” he said.

All sorts of art, some of it looted, some not, ended up being transferred out of the Netherlands during the war. Over the five years of Nazi occupation, the Reich spent 60 million guilders ($138 million measured in today’s dollars) on art, according to the art historian Ariette Dekker. She wrote the book that accompanies the Boijmans exhibition, “A Controversial Past: Museum Boijmans Van and the Second World War.”

Many of the works that Dutch museums now see as having questionable provenance were pieces that were returned to the country by the Allies after the war, but that went into museums instead of going back to their owners.

The only sale by a Dutch national museum to the Germans was a forced one facilitated by Mr. Hannema in his role as museum czar, according to the historian Lynn H. Nicholas. In the summer of 1940, just months after the Germans had invaded the Netherlands, the Nazi Reichsmarschall Hermann Goering sought to “repatriate” three German Renaissance paintings that were in the collection of the Kröller-Müller Museum in Otterlo.

Selling art to the occupiers was strictly illegal under Dutch law, but Mr. Hannema agreed to assess the value of the works for the Nazis, and the three works ended up with Hitler and Goering. After the war, he was imprisoned for eight months on charges related to collaboration, but the charges were later dropped.

Mr. Hannema was certainly not alone among museum officials who cooperated with the occupiers, but “he did stand out from the others in his extraordinary zeal to acquire a much higher position under the new regime in the management of cultural affairs at a national level,” Ms. Dekker wrote.

Mr. Krul, the author of the Hannema biography, said that while there is no question that the museum director collaborated, “his war record is much more paradoxical and complex than it’s usually made out to be.”

In the Kröller-Muller case, for example, he said, Mr. Hannema may have helped assess the value of the artworks in part to ensure that the Dutch museum received a fair price for them.

“This was a case where the Germans decided they wanted to buy the paintings, so there was no question of free will,” he said.

Mr. Hannema, an ambitious curator and museum director, had an ascending career trajectory even before the war. He was credited with transforming the Boijmans from a sleepy provincial institution into an internationally respected one. A supporter of the ideology of National Socialism but not specifically the German takeover, “he was willing to go further than some other museums in his accommodation of the occupiers, but he was not a Nazi to the bitter end,” said Mr. Krul.

Within two months of the invasion, he had joined the cultural advisory board that would assist the occupying forces, known as the Culture Circle, according to the book by Ms. Dekker. Ultimately, he became the “authorized agent for museum affairs,” the highest ranking Dutch museum official.

There is no evidence that Mr. Hannema ever expressed anti-Semitic sentiments, Ms. Dekker said, and in fact letters he wrote that are displayed in the exhibition indicate that he tried, mostly in vain, to help certain Jewish contacts avoid deportation.

Mr. Ex, director of the Boijmans, said that the museum’s efforts are intended to provide a complete accounting of its history, including blemishes like Mr. Hannema’s actions.

“Nothing is hidden anymore, so it’s all out in the open and people can read it and know it and judge for themselves,” he said. “It will not go away; it’s a terrible history, but we can make clear what happened. There’s guilt there, and we can never deny it, and we know now exactly what happened, so we want to put a line under the story.”