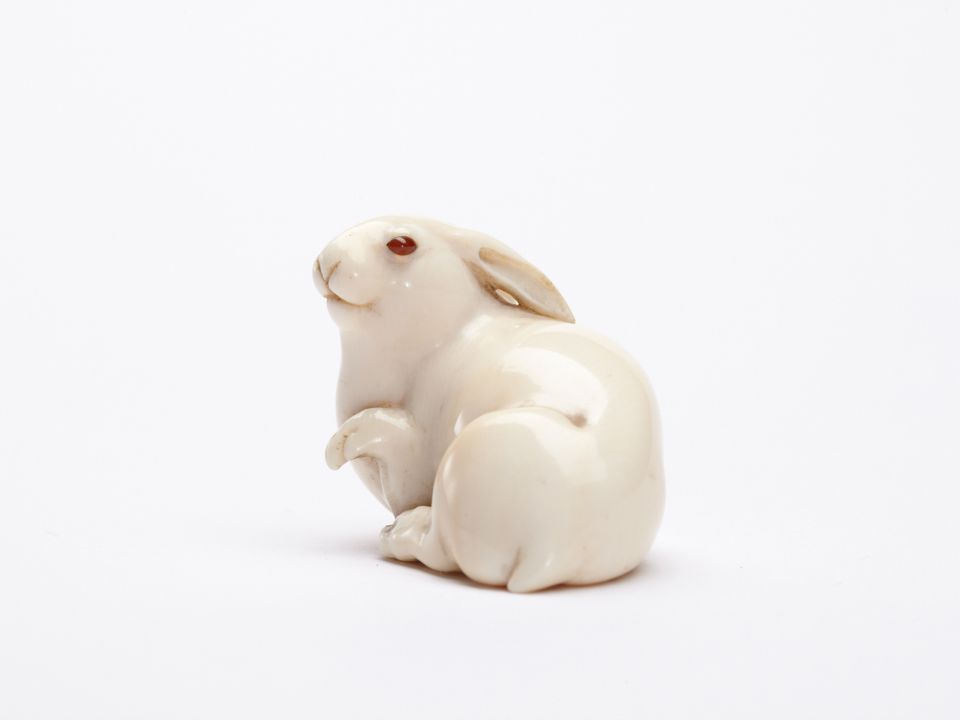 Ivory netsuke of the Hare with Amber Eyes, held in the collection of Edmund de Waal

The author and ceramicist Edmund de Waal will send on long-term loan to the Jewish Museum in Vienna his collection of netsuke which were at the heart of his 2010 memoir The Hare with Amber Eyes. Meanwhile, 79 of De Waal’s netsuke—small toggles used to hold together a Japanese man’s clothing ensemble—will go under the hammer at Matthew Barton Ltd in London on 21 November, with proceeds going to the UK charity Refugee Council.

De Waal has specified that the netsuke can be handled by the public at the Jewish Museum in Vienna. An exhibition based on the family collection, which will also tour internationally, is due to open late next year.

He says in a statement: “The decision to place the netsuke on loan allows them to tell the story of migration, identity and exile to a new audience. In The Hare with Amber Eyes, I wrote of how objects can evoke histories through touch, and a stipulation of the loan is that a group will be available for handling by the many visitors to the [Jewish] Museum.”

Some of the ivory pieces up for auction next month include a netsuke of a man and fox. According to the description of the work: “The man probably drunk, a scarf tied under his chin, [performs] a fox dance, while a real fox lurks behind.” A wooden netsuke of a blind masseur is depicted “kneeling behind his contented looking client” (estimates to be announced).

The netsuke collection first belonged to the art historian Charles Ephrussi, De Waal’s great-great uncle who was based in Paris. Ephrussi began collecting Japanese ivory and lacquer pieces in the 1870s with his married lover Louise Cahen d’Anvers. In 1899, he gave the netsuke collection as a wedding present to his cousin Viktor von Ephrussi of Vienna who married Baroness Emmy Schey von Koromla (the couple are De Waal’s great-grandparents).

The Nazis seized the family palace in Vienna in 1938 but their maid, Anna, was secretly squirreling netsuke and hiding them in a mattress. De Waal’s grandmother Elisabeth returned to Vienna and was given 264 netsuke by Anna which she brought back to England; her brother Ignazi Ephrussi bequeathed the collection to his great nephew, Edmund De Waal. The Hare With Amber Eyes tells the story of the Ephrussi dynasty; the netsuke underpins the narrative which covered the family’s fortunes from 1871 to 2009.