"The subject of stolen art is very important - it is about the heritage of the Jewish people." 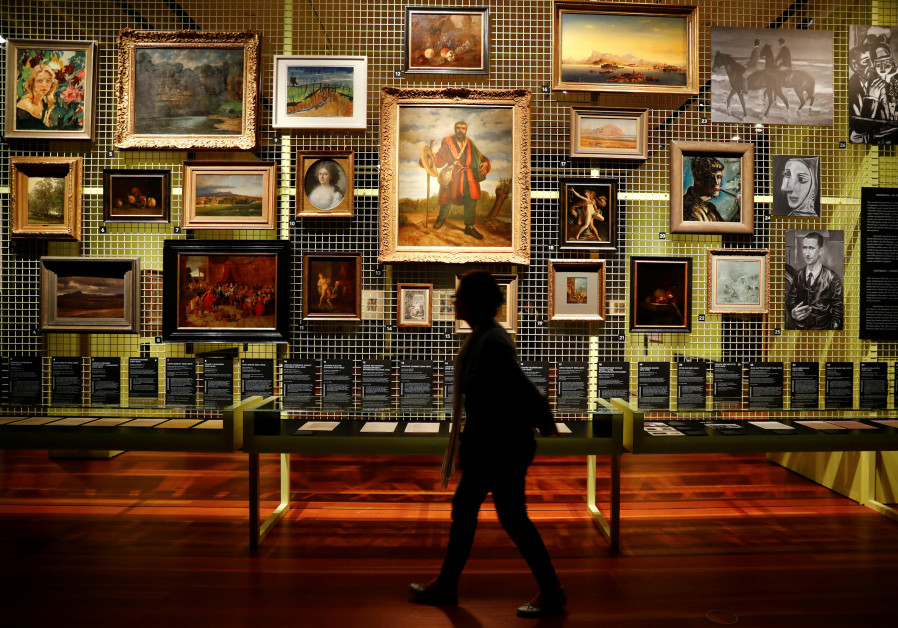 A woman walks past artworks at the exhibition "Gurlitt: Status Report. An Art Dealer in Nazi Germany" during a media preview at Martin-Gropius Bau in Berlin, Germany, September 13, 2018

Social Equality Minister Gila Gamliel and German Culture Minister Monika Grütters agreed on Thursday to bring to Israel the Gurlitt collection – some 1,500 artworks looted by the Nazis and discovered in 2012 – to be displayed in Israel for the first time next spring, a spokesperson for the Ministry for Social Equality reported.

“Decades after the Holocaust, the artworks that were stolen from the Jews are coming to Israel, the first and important stage in their full return to Jewish ownership,” Gamliel commented. “The subject of stolen art is very important – it is about the heritage of the Jewish people.”

Gamliel met with the German Culture Minister on Thursday morning to sign a bilateral agreement, making the exhibition possible.

In the meeting, Grütters expressed hope that the presentation of the collection in Israel would lead to the location of additional Jewish owners of the works.

The ministers also agreed to expand and deepen cooperation between Germany and Israel in the location and return of stolen Jewish property as well as the deepening of research cooperation in the field of Jewish culture and art in Europe prior to World War II.

The Gurlitt collection includes paintings, sculptures, drawings and sketches by prominent European artists including Cezanne, Claude Monet, and Marc Chagall. In February 2012, the District Prosecutor of Augsburg confiscated 121 framed and 1,285 unframed artworks found in an apartment in Schwabing, Munich in the course of an investigation into possible tax evasion.

The apartment was rented by Cornelius Gurlitt, the son of celebrated art dealer and war profiteer Hildebrand Gurlitt, and it was suspected that some of the paintings had been looted by the Nazis from Jews during the Second World War.

A report published by the German government said that it had succeeded in locating only four Jewish owners of the works.

Gurlitt initially refused to cooperate with investigators. In April 2014, an agreement was reached whereby the collection confiscated in Munich was to be returned to Gurlitt in exchange for his co-operation with a government-led task force charged with returning stolen pieces to the rightful owners. However, Gurlitt died in 2014.

His will bequeathed all his property to the Museum of Fine Arts Bern, Switzerland, after all legitimate claims of ownership against it had been evaluated.