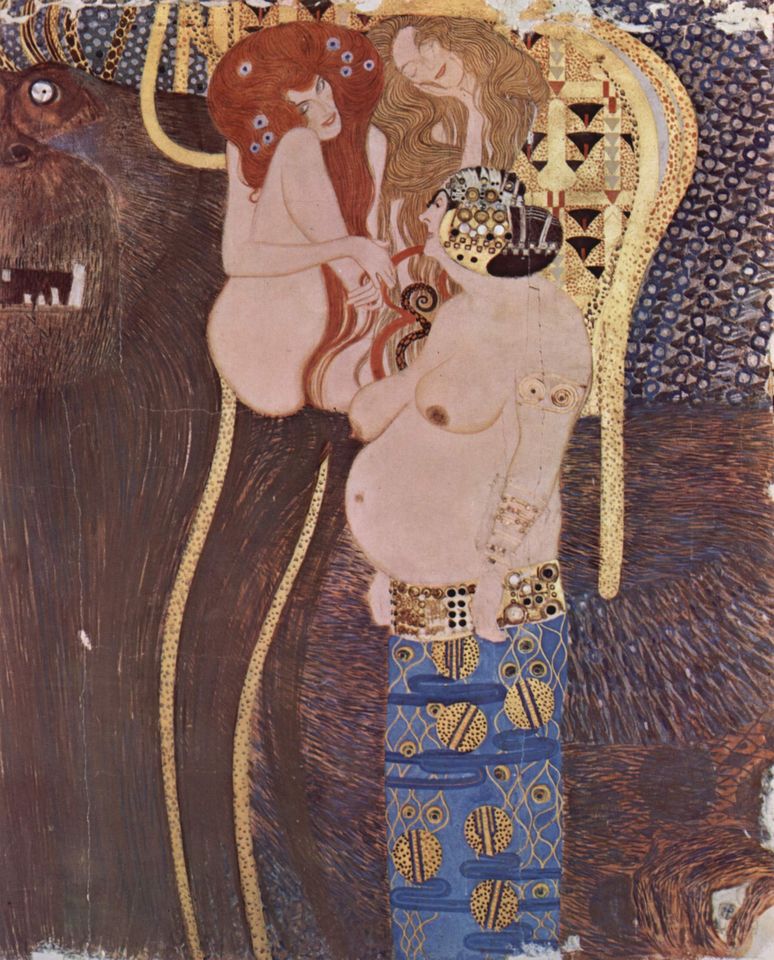 Gustav Klimt’s Beethoven Frieze lines the walls of the basement of the Secession Building, a temple to the emergence of modern art in Vienna. Sophie Lillie’s new book explores the provenance of that work, and should be read by anyone following the contentious field of Nazi-era art restitution.

The 100ft-wide painting was first shown upstairs in the Secession in 1902, as part of a Gesamtkunstwerk devoted to the composer Ludwig van Beethoven. Installed around a sculpture of the composer by the German artist Max Klinger, the frieze was Klimt’s vision of Beethoven’s Ninth Symphony as seen through the eyes of Richard Wagner.

A section of that frieze depicting a bloodthirsty ape that threatens delicate female figures is called Feindliche Gewalten (hostile forces). Sophie Lillie’s study of the same name takes readers from the first exhibition of the frieze (which was expected to be scrapped after the Beethoven tribute) through its initial sale a year later and its purchase in 1915 from the collector Carl Reininghaus by August Lederer (1857-1936) and his wife Serena Pulitzer (1867–1943), to its seizure by Nazi agents after the 1938 Anschluss. In the 1930s, the Lederers had been a family with a fortune built on distilleries, with its headquarters in the Hungarian city of Györ. Klimt painted Serena and her daughter, Elisabeth, who would try to make herself less Jewish in Nazi eyes by claiming to be the artist’s illegitimate daughter.

Sections of the frieze that August Lederer helped save were on view in a massive official Klimt exhibition in Vienna in 1943. Feindliche Gewalten includes a photograph of an invitation to the show from the Nazi Gauleiter in Austria, Baldur von Schirach (who at the Nuremburg trials was jailed for 20 years). 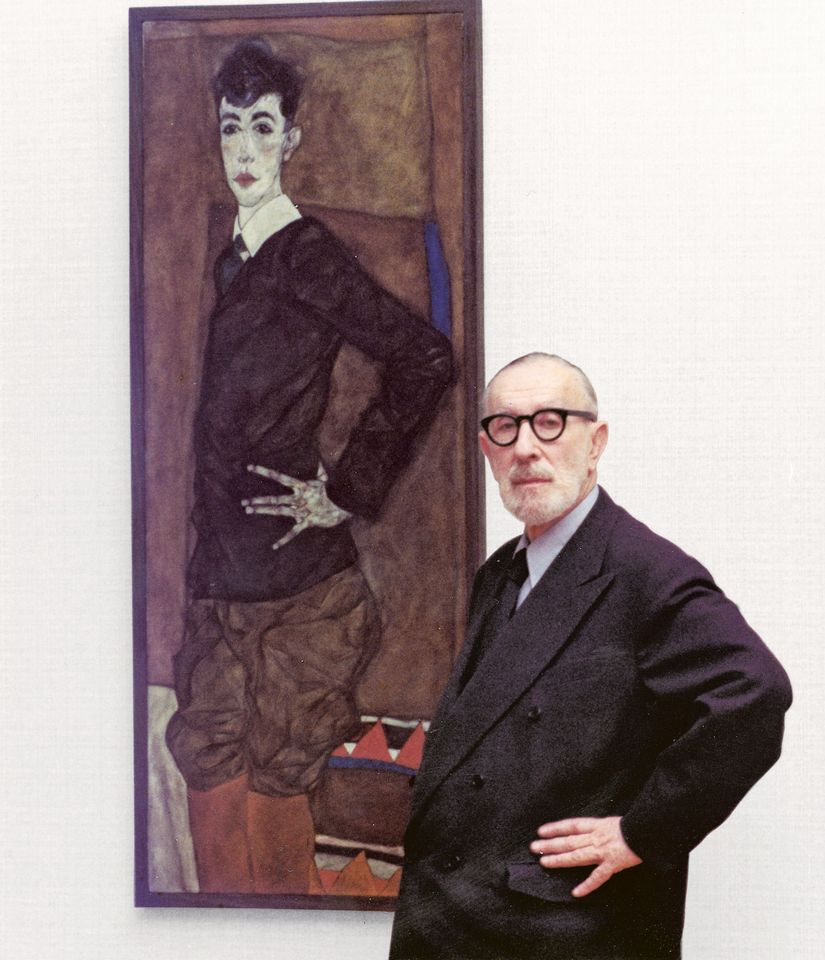 The frieze survived the Second World War, but August Lederer’s son, Erich Lederer (1896-1985), was never permitted to take the massive work out of Austria, the country that he fled in 1938. Lederer sold the frieze to the Austrian state in 1972 for a bargain price, given its importance and value (some $750,000), after abandoning hope of taking it to his home in Switzerland.

The reinstalled frieze was unveiled in the Secession basement in 1986. Although Lederer heirs sought restitution of the frieze in 2013 on the basis of new laws that recognised Austria’s earlier resistance to claims for looted property, a state commission rejected their petition in 2015.

Lillie, a provenance researcher and historian, brings experience to her subject. In 2003, she published Was einmal war: Handbuch der enteigneten Kunstsammlungen Wiens (What Once Was: a Handbook of Expropriated Art Collections in Vienna), a survey of the property of Jewish families in the Austrian capital before the Nazis seized power. Feindliche Gewalten is an inquiry into one family’s losses, with injustice continuing after the 1945 Liberation.

Lillie faults the Austrian government for the mistreatment of the Lederer family during and after the Nazi era, and her analysis is amply documented. Wrongdoers are named, including Joseph Berchtold, a known murderer whom Nazis assigned to seize Jewish property in Vienna. Arrested after the war, Berchtold fled Austria before he could be held accountable.

As in so many Nazi art thefts, pillagers used a bureaucratic logic to justify their crimes against the Lederers. Without establishing a parallel between Nazis and post-war Austrian officials, Lillie finds that the obstacles that Erich Lederer faced in recovering the frieze and taking it out of Austria had their own bureaucratic justification.

The case of the Beethoven Frieze is an anomaly among anomalies. Its eventual sale took place decades before the restitution of Nazi-looted art would lead to record prices for works considered “new” to the art market, promoted by restitution departments at Sotheby’s and Christie’s. And in 1972 the transaction was brokered politically at the highest level, by the Austrian Chancellor Bruno Kreisky, the first and only Jew ever to lead the country’s government.

After the war, Erich Lederer faced the dilemma that many families who had lost important works of art encountered: owners of objects that were deemed to be important to Austrian culture were barred from taking those works abroad, where many had fled. Such was the case with the Beethoven Frieze, which Erich Lederer stored in Austria at his own expense. When Lederer agreed to sell the frieze to the Austrian government, he claimed to be pleased with the arrangement. Officials today quote him approvingly. Relatives and Lillie view him as demoralised by a long fight with the government.

The Beethoven Frieze seems destined to remain in the Secesson basement for the foreseeable future.

• David D’Arcy is a correspondent of The Art Newspaper, and has written extensively on Nazi era art restitution. He is also the co-writer and co-producer of Portrait of Wally, a documentary film about Egon Schiele’s 1912 portrait of his model and mistress, which was looted from a Jewish dealer in Vienna in 1939 and found on loan to the Museum of Modern Art in New York in 1997. He also reviews films for Screen International