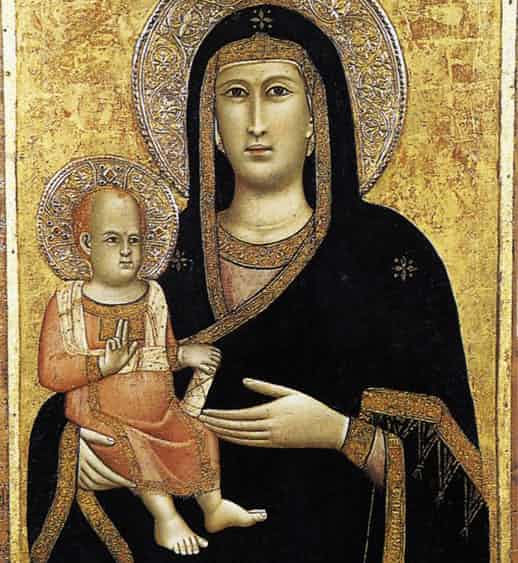 The Madonna and Child artwork was thought to be a copy but has since been verified as by Giotto.

The high court has ruled that a £10m painting by the 14th-century Florentine master Giotto was removed from Italy unlawfully, rendering it “effectively unsellable” according to one expert.

The court found that Arts Council England (ACE) was justified in rejecting an application to export it from Britain to Switzerland.

The artwork was brought to Britain by Kathleen Simonis, who purchased it in Florence for about £3,500 in 1990, when it was thought to be an unremarkable 19th-century panel painting. Restoration work led to its subsequent upgrading to one of the most important painters of his school.

ACE is responsible for issuing export licences for cultural property leaving Britain. In rejecting Simonis’s application, it decreed that, under EU law, it had no power to grant an export licence. Concluding that the “competent authority” under EU law for a licence was the Italian authorities, it offered instead to issue an export licence for the return of the painting to Italy.

Simonis was accused in the high court of having “spirited” the painting from Italy without a valid licence. Earlier export licences that allowed it to travel freely had since expired or been annulled by Italian ministerial decrees.

Her lawyer, Aidan O’Neill QC, had argued in court: “She has a right to transfer her property from one member state to another. That is in the very DNA of EU law.”

But the judge, Mrs Justice Carr, agreed with ACE, stating: “The Arts Council is not the ‘competent authority’ under EU law to issue an export licence to Switzerland in respect of the painting.”

She noted that the painting was considered by the Italian authorities “to be of exceptional cultural and historical importance”.

What will happen to the painting is unclear. Alexander Herman, the assistant director of the Institute of Art and Law, said: “It’s in this funny limbo right now. What the high court has said is that, under Italian law, this was unlawfully exported. But it hasn’t ordered – because it wasn’t asked to do so – the painting back to Italy.

“So the painting is now sitting in the UK, as I understand it, in a storage facility ... But it can’t really go anywhere. Who would buy it in their right mind, even if you’re a UK-based institution or individual? You … could never take it outside the EU, based on the ruling. And you have a court judgment telling you that it was illegally exported from Italy. So it effectively becomes … ringfenced.”

In a blog on the Institute of Art and Law website, Herman wrote: “For now the painting is effectively unsellable. The only potential buyer would have to be UK-based, someone who doesn’t mind the stink of it having been unlawfully exported from Italy.”

He suggested the owner could return it to Italy by trying to strike a deal with the Italians.

Paying tribute to ACE for showing that “the UK cannot be used as a gateway for getting works of art out of the EU”, he said: “This is a very interesting outcome, for the art market and EU cooperation … ACE showed diligence and were very thorough. They didn’t simply issue a rubber stamp for an export licence, even though this work is not a British national treasure.”

The painting has been the subject of extensive litigation in the Italian courts. It came to London after a judgment in Italy in Simonis’s favour, but the highest Italian administrative court, the council of state, later reversed that decision.

Although the Italian authorities have called for the painting’s return, Herman noted that some still questioned whether this was truly a Giotto. He said: “But we’ll put that aside for now … What’s interesting is that this works nicely within the current EU framework … Now the inevitable question is what happens after Brexit, when the UK is suddenly outside of that system of cooperation and consultation?”