Was the Met’s Prized Picasso Sold Under Duress Because of the Nazis? A New Appeal Revives an Eight-Year-Old Legal Battle

The case hinges on the legal definition of the term "duress." 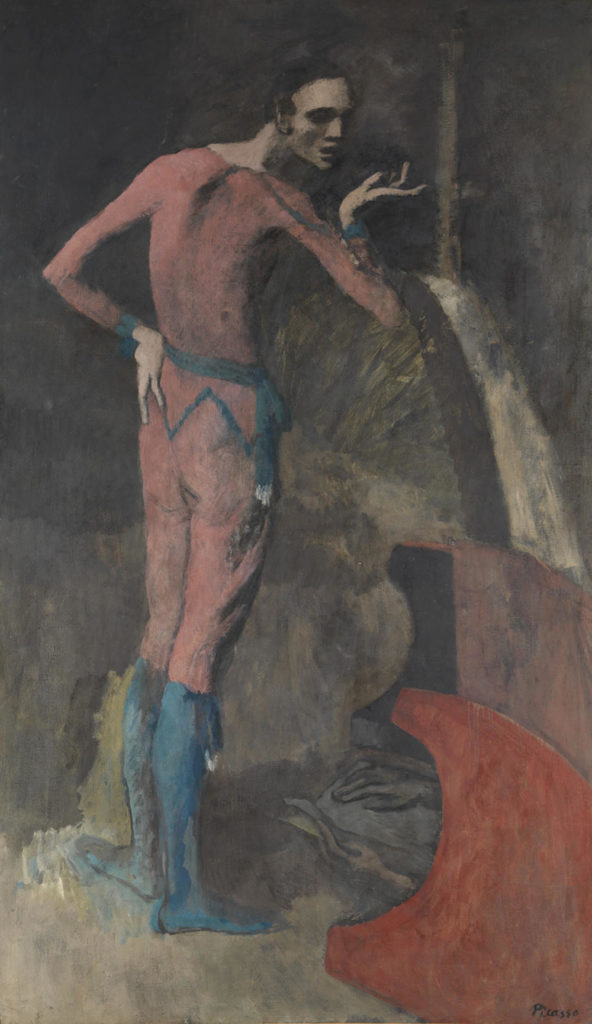 New York’s Metropolitan Museum of Art thought it could breathe easy after a February ruling seemingly decided the fate of Pablo Picasso’s The Actor(1904–05), which was sold by German-Jewish collector Paul Leffmann on the advent of World War II, as he and his wife, Alice Leffmann, fled Europe. The Met continues to insist it acquired the artwork, worth as much as $100 million, in good faith. But the battle goes on: The heirs of the Leffmanns have filed a fresh appeal.

The museum respectfully stands by its conclusion that it is the rightful owner of this painting, which was never in the hands of the Nazis and never sold or transferred in any unlawful way,” wrote David Bowker, an attorney for the Met, in a statement provided to artnet News.

The Basis for the Appeal

The Leffmann’s estate, led by their great-grandniece Laurel Zuckerman, is challenging the district court verdict, which found that the Nazis were not directly involved in the sale, which therefore was not conducted under duress. (Zuckerman has been seeking the painting’s return since 2010.) As reported by the Art Newspaper, the Met believes that finding in Zuckerman’s favor would require expanding the legal definition of “duress.”

A number of groups and individuals who have filed amicus briefs on Zuckerman’s behalf disagree. “If Mr. Leffmann fleeing for his life barely one step ahead of the Nazis was not subject to duress, then it is unfathomable what duress means under any jurisdiction’s definition,” reads a brief from B’nai B’rith International.

The Met has convinced the lower court that Jews forced to flee for their lives three times, just barely avoiding the clutches of the Third Reich, were able to freely and voluntarily transfer their property as they chose,” the brief continues. “This falsehood denies historical truth and stains the judicial record.”

Zuckerman’s appeal makes a similar claim, accusing the earlier verdict of “failing to examine Paul’s sale of the painting through the prism of the dire circumstances enveloping Europe between 1933 and 1945, and the precise and concrete threats facing the Leffmanns in 1938. That the Leffmanns are alleged to have sold the painting to avoid the wrath of virulent Nazi and Fascist persecution needs to be a primary consideration.”

In an email to artnet News, Zuckerman’s lawyer, Lawrence M. Kaye of New York’s Herrick, Feinstein LLP, declined to comment on the case, other than to note that “we believe that the District Court erred as a matter of law and policy.”

The couple sold the painting, regarded as a centerpiece of the artist’s Rose Period, for $13,200 in 1938. They had already fled Germany for Italy, but, recognizing the growing Nazi influence in Italy—Adolf Hitler paraded through the streets of Florence in May, and the country’s first anti-Semitic racial laws were passed in September—used the proceeds of the sale to make their way to Brazil by way of Switzerland.

In 1941, Thelma Chrysler Foy purchased The Actor at New York’s Knoedler Gallery for $22,500, 70 percent more than what the Leffmanns got for it just three years earlier. She donated it to the Met in 1952.

Despite the “economic pressure during the undeniably horrific circumstances of the Nazi and Fascist regimes,” wrote judge Loretta Preska in her decision, the Leffmanns could have drawn upon other assets, such as Italian real estate, to finance their Transatlantic journey, as evidenced by their having spent several years attempting to sell The Actor.

In Zuckerman’s appeal, her lawyers contest this account of events, noting that the Leffmanns had already been forced to sell all their real estate holding and other valuables to the Nazis at a pittance, and had only retained The Actor, despite a lowball offer from Nazi-affliated art dealer C.M. de Hauke, because it was being stored with friends in Switzerland. The “Italian real estate” they owned was a property purchased as a way of moving funds out of Germany, and sold upon their arrival for a great loss, leaving them with no real assets.

The Leffmanns, then, faced a terrible choice,argues the appeal: “You either sell or face an unspeakable fate. The only ‘alternative’ to selling the painting was to face imprisonment and/or death. New York law cannot possibly consider that to be a viable alternative.” The sale was no ordinary art market transaction, but a “desperate act of survival during the most horrific of circumstances.”

The Met’s most recent filing claims that on the contrary, the Leffmann’s existing assets sale of their Italian property would have covered their living expense for a decade, including their travels to Switzerland and then Brazil, even without the sale of The Actor.

The Metropolitan Museum of Art takes seriously its longstanding commitment to address Nazi-era claims on the merits,” Bowker said to artnet News. “In this case, the Museum spent years investigating the facts, determined that the painting in question was sold on the open market in Paris in 1938 without any involvement by the Nazis or their collaborators, and further discovered that the original owners successfully pursued claims after the war without making a claim for the painting.”

Because the Leffmann’s made no claim to The Actor within their lifetime, even as they pursued other legal claims regarding property lost at the hands of the Nazis, the museum argues, they “ratified” the sale. The museum, therefore, is calling on the Second Circuit court of appeals to uphold the findings of the lower court.