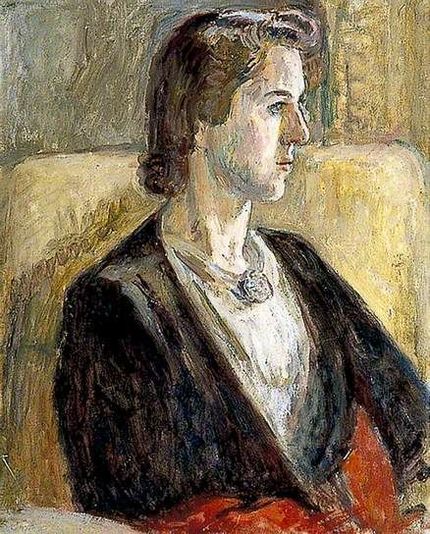 Anne Olivier Bell, who helped rescue European art from the Nazis alongside archaeologists and other art historians as part of the “Monuments Men” effort during World War II, died last week at age 102. While her wartime efforts led to millions of historic artworks being saved, Bell was especially interested in contemporary art and became a maven of the Bloomsbury Group after marrying Quentin Bell in 1952. With her exhaustive knowledge of the group and her editorial insight, Bell helped her husband write the first authorized biography of his aunt, Virginia Woolf, and her meticulously annotated five-volume edition of Woolf’s diaries, published between 1977 and 1984, has proven to be an invaluable source for both scholars and casual readers alike. Bell was perhaps less interested in Woolf’s novels. “I wouldn’t read them for pleasure,” she once said.

Bell was born in 1916 in London to A.E. (Hugh) Popham, the keeper of prints and drawings at the British Museum and an authority on sixteenth-century Italian art, and Brynhild Olivier, a cousin of Laurence Olivier. In 1937, after studying art history at the Courtauld Institute, Bell began a relationship with the painter Graham Bell (no relationship to Quentin), with whom she lived until his accidental death in 1943. After her work during the war with the Monuments, Fine Arts, and Archives Program (which was the subject of a recent George Clooney film), Bell joined the newly created Arts Council, where she made catalogues. In 1950, she met the painter Vanessa Bell, and two years later she wed the ceramicist Quentin Bell, Vanessa’s son and an arts lecturer at King’s College. Bell, known for her warmth and trenchant humor, was quickly taken into the orbit of English intellectuals known as the Bloomsbury Group and soon became one of the collective’s fiercest advocates and experts. In addition to championing and maintaining its ethos, she helped preserve East Sussex’s Charleston Farmhouse—the country haven for the Bloomsbury Group intellectuals—as a charitable trust.