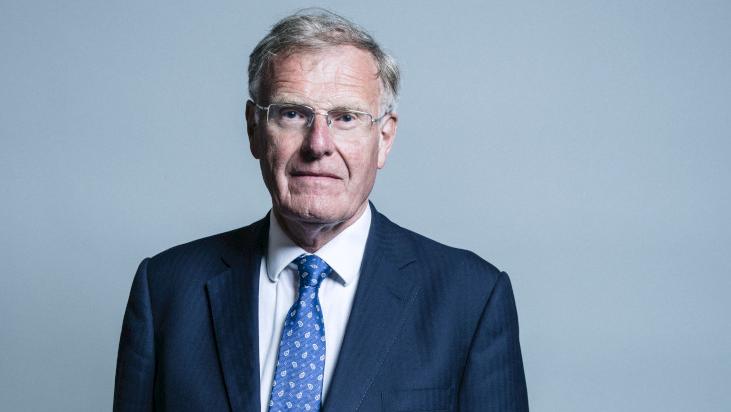 Fears are mounting that the MP who controversially blocked a bill to make "upskirting" a specific crime could do the same to one that seeks to help families reclaim items looted by the Nazis.

Earlier this year, MP Theresa Villiers introduced a bill to remove a “sunset clause” which placed a time limit on claims. It is due to have its second reading on Friday.

But the JC has learned that the Bill had its second reading postponed from June 15 over fears that Sir Christopher Chope, the Tory MP for Christchurch, would vote it down.

Sir Christopher caused a storm of controversy in June when he objected to - and thereby derailed - a Private Members Bill to make photographing up a woman's skirt a specific crime.

He has a track-record of using the same tactic on a stream of Private Members Bills which he opposes, arguing such bills are a means of establishing legislation without a proper parliamentary debate.

Ms Villiers’s amendment has government backing and cross-party support for her Holocaust (Return of Cultural Objects) (Amendment) Bill, which had been expected to pass through Parliament unchallenged.

But government sources are “concerned” that Sir Christopher, who has also objected to Private Members Bills on safeguarding animals in circuses and national standards for taxi drivers, once again planned to intervene to get Ms Villiers' Bill “chopped” at its second reading.

A source told the JC: "Theresa Villiers has done all she can to persuade Christopher Chope to support the Bill but as you know he can just object and kill it.

“The Nazi looted art issue is not a new one, and the idea that Chope might prevent the Bill passing on procedural grounds would be just as invidious as what happened with ‘upskirting’.

“The hope is he can be persuaded to see sense over this matter. But he has his reasons for challenging what appear to be even the most worthwhile Private Members Bills.”

In 2009, legislation was passed that made it possible for families to claim property including paintings, figurines and other cultural treasures remain unaccounted for after being stolen between 1933 and 1945.

But this contained a clause that made it impossible for families to claim property after November 2019 if it was found in major national museums, libraries and galleries.

At a major conference in London last September, then-Arts Minister John Glen said the government wanted to make it quicker and easier for families to identify and recover lost art.

He said the government intended to allow claimants to come forward after November 2019. Michael Ellis, a Jewish Conservative MP, is now responsible for the issue for the government.

Ms Villiers said: “There remains a moral obligation for the UK to reunite objects looted by the Nazis with their rightful owners and I believe we are failing in that responsibility if we do not renew this legislation.

“Although nothing can make up for the trauma and suffering of those who lived through the Holocaust, or who lost loved ones as a result of that atrocity, this bill will allow families to continue to claim in perpetuity the precious works of art which were stolen from them.”

The JC has contacted Sir Christopher for comment but he had not responded as this article went live.