Judge Orders Nazi-Looted Paintings to Be Sent to Auction House

A judge has ordered an art dealer to turn over a pair of paintings looted by Nazis from an Austrian Jewish entertainer in the 1930s to a New York City auction house, and upbraided the dealer for infringing on the property rights of the entertainer’s heirs. 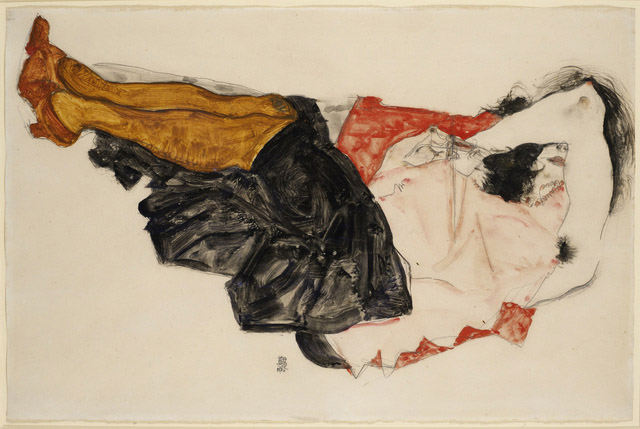 A judge has ordered an art dealer to turn over a pair of paintings looted by Nazis from an Austrian Jewish entertainer in the 1930s to a New York City auction house, and upbraided the dealer for infringing on the property rights of the entertainer’s heirs.

The two-and-a-half year legal battle was one of the first successful applications of the Holocaust Expropriated Art Recovery Act, said Raymond Dowd of Dunnington Bartholow & MIller, the attorney for the plaintiffs.

Manhattan Supreme Court Justice Charles Ramos said that Richard Nagy has 10 days to deliver the Egon Schiele paintings “Woman In a Black Pinafore” (1911) and “Woman Hiding Her Face” (1912) to Christie’s auction house, where the heirs of Fritz Grünbaum want to sell the paintings to coincide with the 100-year anniversary of Schiele’s death.

The federal statute, enacted in 2016, allows claimants to bring causes of action for Nazi-looted artwork lost between 1933 and 1945 within six years of discovering their possessory interest in artworks and where they are located; Dowd said the win in his case could provide guidance to other counsel representing parties vying to recover lost artworks and artifacts.

As for Nagy, who is based in London, the judge found that the art dealer “knowingly and in bad faith” interfered with the plaintiffs’ property rights by refusing to turn over the paintings and awarded damages and attorney fees to the plaintiff.

The plaintiffs have also moved for sanctions against Nagy, accusing him of using “deceptive, inconsistent and scorched-earth” tactics in the replevin and conveyance case: Nagy waged a “frivolous campaign” to argue that Grünbaum did not own the paintings, despite telling his insurance provider otherwise, and tried to scrub the heirs’ claims to the paintings from a German database, the plaintiffs allege.

“There’s substantial evidence in the record of bad faith,” Dowd said. He represented Timothy Reif and David Fraenkel, the executors of the estate of Leon Fischer and Milos Vavra.

In a written statement, Stauber said he will appeal the order to the Appellate Division, First Department. He said that Ramos “ignored” the testimony of three Holocaust provenance experts who refuted claims that Grünbaum owned the paintings at issue and that they were stolen by Nazis.

“Because his family fled wartime persecution, Richard Nagy is particularly sensitive to restitution claims, believing that all such claims call for close and merit-based review,” Stauber said.

Stauber said that the plaintiffs also relied on reports used in Bakalar v. Vavra, a seven-year legal battle over another Schiele artwork, “Seated Woman With Bent Left Leg,” in which U.S. District Judge William Pauley III of the Southern District of New York found that a Massachusetts industrialist who purchased the painting in 1963 had claim to the painting, not the Grünbaum estate.

Dowd said that Christie’s will conduct a condition report on the paintings to verify their value, but that they are estimated to be worth $5 million to $7 million.

Grünbaum, a cabaret performer who was a vocal critic of the Third Reich, owned the paintings before World War II, but in 1938, Nazis stormed his home and sent him to a concentration camp in southern Germany, where he was forced to sign power of attorney of his possessions over to his wife, possibly at gunpoint.

The Nazis seized more than 400 artworks from Grünbaum, which included 81 works by Schiele.

Grünbaum was later killed in the concentration camp and his wife was killed in Belarus in 1942. In 1956, about 50 of Schiele’s works surfaced at a Swiss auction house.

According to court papers, the plaintiffs first found the paintings in Nagy’s gallery in New York City; in November 2015, they tracked down the paintings at John F. Kennedy International Airport in the hands of a fine-art shipper who was bound for London.

In April, Ramos ruled that the paintings should be returned to the heirs, finding “a signature at gunpoint cannot lead to a valid conveyance.”