Did Christie’s Do Its Homework? Buyer of Nazi-Tainted Work Says No 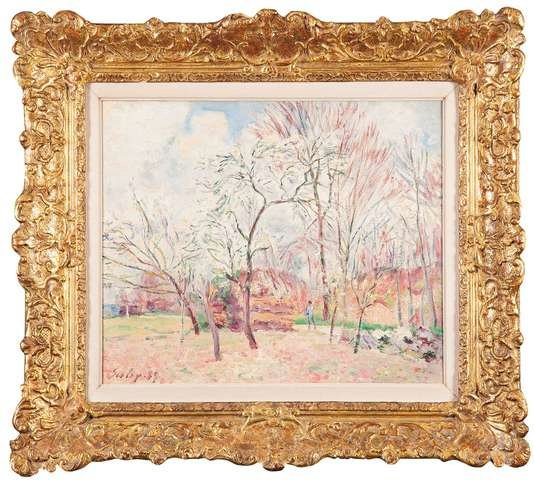 This Alfred Sisley landscape, seized by the Nazis, is at the heart of a dispute between Christie’s and the dealer who bought the work in 2008. Credit Dreyfus Gallery

Christie’s says it is committed to ensuring that artworks looted during World War II are not offered for sale. But one buyer is now asking the auction house to return money he paid a decade ago for a painting recently identified as having been plundered by Nazis in 1940 from a Jewish collector in Paris.

Alain Dreyfus, an art dealer in Switzerland who bought the painting, Alfred Sisley’s “First Day of Spring in Moret,” at a 2008 auction in New York City, said that Christie’s did not sufficiently examine the work’s history before putting it up for sale.

“The provenance is very dubious,” he said by phone from France. “They didn’t do enough work.”

Mr. Dreyfus, who paid $338,500 for the painting, has asked the auction house to reimburse him that amount, plus an annual interest rate of 8 percent. He has said that he is willing to return “First Day of Spring ” to the heirs of Alfred Lindon, the collector from whom it was seized.

The painting and the disputes surrounding it were the subject of a lengthy report last week in Le Monde, which stated that a Lindon descendant had filed a claim related to the painting in a court in Paris.

Christie’s has said that its actions in 2008 were appropriate. The company said it checked all available databases, catalogues and resources and found nothing at that time to indicate the painting was ever in Lindon’s collection.

“All the known provenances and accessible history about the painting at the date of its sale a decade ago were extensively researched and referenced in Christie’s catalogue,” Cat Manson, a spokeswoman for the company, wrote in an email. 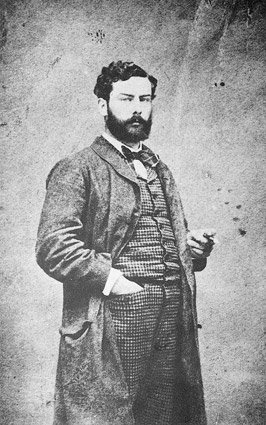 Sisley painted “First Day of Spring,” one of many landscapes he produced, in 1889. Six of his works had been included in the first Impressionist exhibition in 1874 in Paris.

Lindon had placed the Sisley and the rest of his collection in a bank safe before he fled Paris when the Nazis invaded the city, an investigation by the Mondex Corporation, an art recovery company based in Toronto, showed. The works were then confiscated and deposited at the Jeu de Paume for further processing. According to Mondex, records indicated that the Sisley work had at one point been held by Hermann Goering, the Reichsmarschall who was heavily involved in the Nazi art seizures.

Mr. Dreyfus said the auction house would have picked up a trace of that tainted history, had its review been more thorough. At the time of the sale, Christie’s cited a provenance that included a gap between 1923, when the painting was listed as having been in the possession of someone only identified as M. Perdoux, and 1972, when it was sold by Wildenstein and Co. in Paris.

That alone should have been a signal that the painting merited additional scrutiny, Mr. Dreyfus said.

His view is shared by the Lindon heirs, who are pursuing the return of the painting after its provenance and Nazi confiscation were established by Mondex, which specializes in tracking down looted artworks and matching them with heirs in return for a portion of the work’s value.

Christie’s says its commitment to identifying stolen artworks is evident in the fact that it routinely checks individual works consigned for sale against more than a dozen databases. But in 2008, the company said, only four databases were “available and routinely checked” and that the company’s review found no evidence to suggest that the gap in provenance was meaningful.

Nicholas O’Donnell, a lawyer in Massachusetts who has handled cases involving stolen works and has written “A Tragic Fate: Law and Ethics in the Battle Over Nazi-Looted Art,” said the provenance Christie’s had at the time of sale would not necessarily have cast suspicion on the painting.

“I don’t see an obvious red flag in that chain,” he said.

But the Mondex company has argued differently. In an email in September to Monica Dugot, Christie’s international director of restitution, James Palmer, the founder of Mondex, wrote that Christie’s could have consulted a directory of looted items published in France in 1947, which stated that several Sisley paintings, including three “Spring” scenes, were stolen from there.

And, he wrote, the auction house could have checked a collection of Nazi documents maintained by the U.S. National Archives and Records Administration, which indicated that a Sisley “Spring” painting had been stolen. Further research at the archives, Mr. Palmer wrote, could have shown that the Lindons were owners of a stolen painting with the same dimensions, signature and date as the one to be auctioned.

Christie’s has argued that one of the databases used by Mondex was not digitized until about two years after the auction in New York.

Regardless of that, Mr. Dreyfus believes Christie’s has obligation to repay him. “This painting was stolen by the Nazis,” he said: “If you sell stolen paintings, you have to pay back the buyer.”

Mr. Dreyfus said that Christie’s had not responded to his request for a refund.

The auction house said in a statement: “The matter is now between the current owner and the heirs and is now in a legal process. Christie’s stands by its position that we did our due diligence appropriately in 2008, at the time of sale.”