April
The Art Newspaper 8 May 2018
By Catherine Hickley 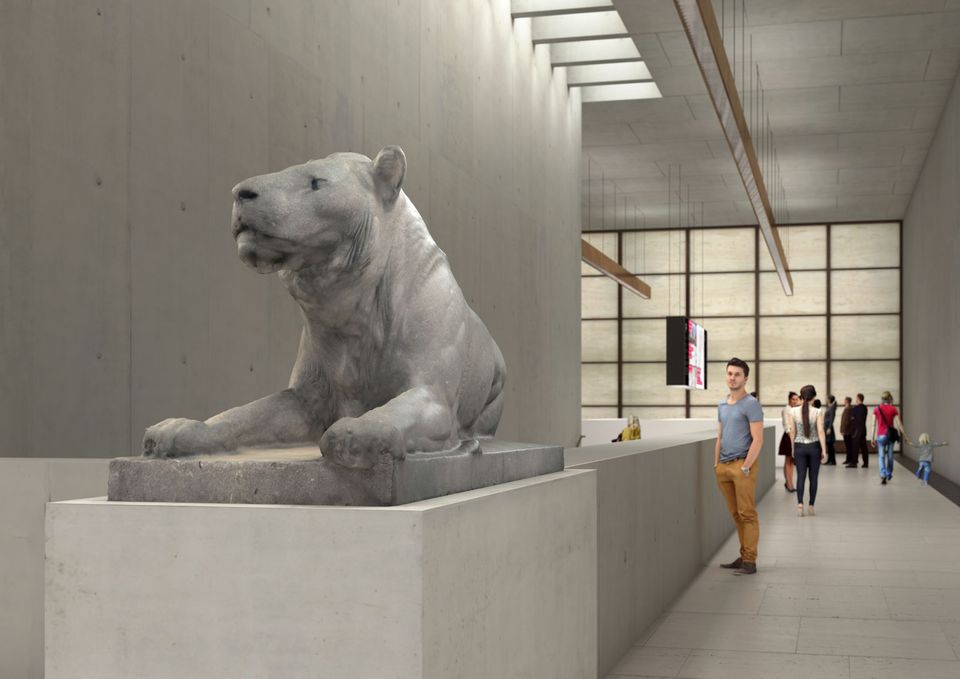 August Gaul, Lying Lion by (1903) was returned to the heirs of Felicia Lachmann-Mosse in 2015. It will go on show in the new James Simon Gallery, the entrance building for Museum Island currently under construction.

A ground-breaking research project initiated last year by the German government, museums, research institutes in cooperation with the heirs of a Jewish media mogul has traced eight works confiscated by the Nazis and launched an online database to help find more.

Thousands of paintings, books, sculptures and antiques were seized from Rudolf Mosse, who was one of the richest men in Berlin at the end of the 19th century. The Mosse Art Research Initiative, which was announced in March 2017, has a budget of €500,000 funded by the heirs and the German government’s Lost Art Foundation and is led by Meike Hoffmann, an art historian at Berlin’s Free University. It is the first such cooperative research project between the heirs of a Jewish collector robbed by the Nazis and the German government.

The eight works the project has so far traced include a painting by Emil Jakob Schindler at Vienna’s Belvedere and a work by Jozef Israëls at the Tel Aviv Museum in Israel. A member of the Mosse Art Research Project team identified a painting of skaters called Winter by Carl Melchers at the Arkell Museum in Canajoharie, New York, when museum staff posted it on Facebook before the Christmas holidays, Hoffmann says. 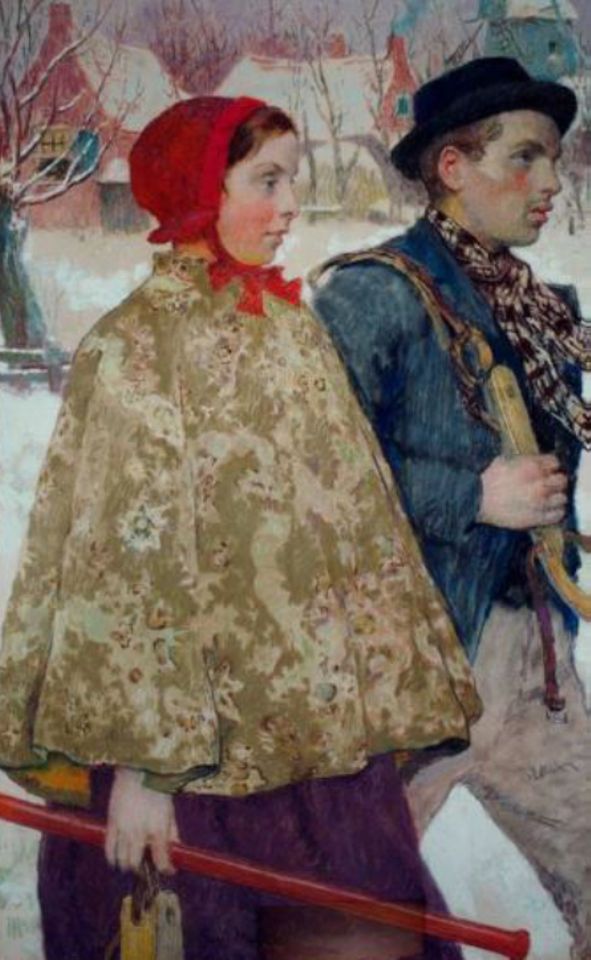 “We will continue to find more in public institutions,” said Roger Strauch, the step-great-grandson of Rudolf Mosse, at a press conference in Berlin. “But there is a lot in private hands too.”

The publisher’s three-storey neo-Baroque palace on Berlin’s Leipziger Platz was known in artistic circles at the time as the “Mosseum.” After his death in 1920, Mosse bequeathed his estate to his daughter, Felicia Lachmann-Mosse. His powerful publishing house was managed by his son-in-law Hans Lachmann-Mosse.

Under the Nazis, his flagship newspaper, the Berliner Tageblatt, quickly became a symbol of the hated “Jewish press.” Felicia and Hans Lachmann-Mosse fled to Switzerland in 1933 and later emigrated to the US. Their inherited art collection was seized and handed to the Nazi dealer Karl Haberstock as a trustee. Much of it was sold at auction in 1934.

Among the works so far restituted to Mosse’s heirs are paintings by Karl Blechen, Friedrich von Kallmorgen, Wilhelm Leibl, Adolf von Menzel and Anton von Werner. Negotiations are underway with the Berlinische Galerie in Berlin for a bust of Mosse by Fritz Klimsch and with the Städtische Gemäldegalerie in Worms for an Anselm Feuerbach painting.

Berlin’s State Museums have restituted nine works in their collections looted from Mosse. They have repurchased three from the heirs. One of these, a marble sculpture by Reinhold Begas called Susanna, is back on display in the Alte Nationalgalerie with a media station giving details of its provenance as well as art historical background.

Another, a large lion sculpture by August Gaul, will soon go on show in the new James Simon Gallery, the entrance building for Museum Island currently under construction.

“This will serve as a reference to the significant role that Jewish patrons played in Berlin’s cultural life,” Christina Haak, the deputy general director of Berlin’s State Museums, said at the press conference.

The heirs have been less successful in recovering looted objects from Poland and Russia. The Mosse Art Research Project has identified a Jacob von Ruisdael landscape with ruins at the Gdansk Polish National Museum that belonged to the publisher.

“The museum was very cooperative but discussions with the authorities and politicians have proven very difficult,” Hoffmann says.