Norton Simon’s grandson criticized the museum’s handling of Nazi-stolen art, now he’s off the foundation board 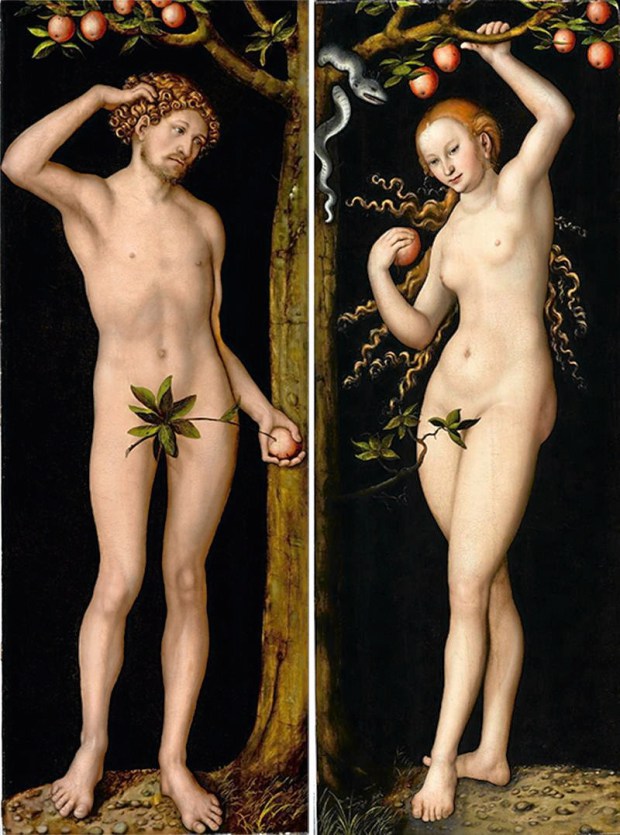 “Adam” and “Eve” by Lucas Cranach the Elder. The painting hangs in the Norton Simon Museum in Pasadena

The Norton Simon Foundation, which owns some of the artwork at Pasadena’s Norton Simon Museum, no longer has a family representative serving on its board after Eric Simon was voted out on Wednesday.

Simon, the late Norton Simon’s grandson, claims he was kicked off because of his longstanding campaign to support the family who sued the Norton Simon Museum over a pair of paintings — German Renaissance masterpieces “Adam” and “Eve” — that Nazis stole from that family’s ancestors during the Holocaust.

“Adam” and “Eve” by Lucas Cranach the Elder. The painting hangs in the Norton Simon Museum in Pasadena.

None of the remaining board members responded to requests for comment. Leslie Denk, a spokeswoman for the museum, confirmed Thursday that Simon was “was not re-elected to serve as a trustee” at Wednesday’s meeting. She said she could not provide further details because the matter is confidential.

The way Simon – whose family is Jewish – tells it, the board’s decision to cut him out from the foundation was the final straw in an ongoing spat that originated with a legal case, Von Saher v. Norton Simon Museum.

Marei von Saher is the daughter-in-law and heir to Jacques Goudstikker, a Dutch art collector who bought the paintings at a Berlin auction house prior to World War II. While fleeing the Nazis in 1940, Goudstikker died. His paintings were then stolen by the Nazis and were displayed in the estate of Hermann Goering, who was second in command of the Third Reich.

After the war, the Dutch government claimed ownership of the paintings, which eventually found their way to the Norton Simon Museum in 1971.

In 2000, von Saher discovered the Pasadena museum had her paintings. She filed the lawsuit in 2007, after years of failed mediation attempts.

The long chain of events that culminated Wednesday with his ouster, Simon said, began in 2014, when he spoke with the Los Angeles Times about the case. Throughout the legal battle, the museum held the position it had complete ownership rights to the works. Simon told the paper he was “uncomfortable” with the situation and he hoped the two parties could reach “a just and fair solution.”

“The choice should be an easy one: replace two paintings on a wall of the museum with two of many works of art kept indefinitely in storage, or be singled out as an apologist for Nazi art theft,” he wrote in a letter to the paper’s editor.

In a phone interview on Thursday, Simon said his fellow board members were not pleased with his actions and later passed a resolution that forbids board members from speaking to the media about ongoing legal matters. He agreed to abide by that rule while he was on the board.

No longer a member, Simon said he wants to bring attention to how the board is “stifling an opposing view” and only valuing art for the dollar-value it represents, he said.

“When you think about art, it’s not just a collection of valuable commodities,” he said. “Art has a purpose – multiple purposes – and one of them is to elicit compassion. And I do feel like, just those paintings, with the history they have, they loom as a kind of scar on the museum. It’s disrespectful that they could continue to hang it in the museum.”

As for the timing of the vote, Simon said he’s faced a growing number of accusations about his behavior. He said the allegations, some of which claim he is “unreasonably argumentative and combative,” have not been specific and are generally baseless.

“I’ve been accused of a number of things along the way,” he said.

He did not attend the board’s annual meeting in 2015 or 2016, so last year’s meeting was “the first meeting which I attended subsequent to this article from the L.A. Times, and I was greeted with just this series of attacks, claiming that I hadn’t respected board decisions, etc., with no specifics with respect to that at all.”

He said the board, which also manages the family’s philanthropic endeavors, decided he was “essentially put on a one-year probation, and they wanted me to improve my behavior.”

Timoshuk – who did not respond to a request for comment from this news organization – told him, Simon said, “that he and other board members had significant problems in working with me, and I was largely responsible for those problems, and he hoped I would offer some reasonable assurance” that he would improve his behavior.

“I didn’t see that to be in the interest of the foundation, and I could not do what he was asking me to do for simply that reason,” Simon said.

On Wednesday, he was voted out.

Simon said he’s not speaking out because he wants to publicize “the infighting of board members” but rather because he no longer wants to allow for the notion that as the grandson of Norton Simon, he “rubber stamps” the board’s actions.

“I don’t want Jewish people to feel like the Simon family is betraying Jews by going along with these kinds of decisions,” he said.