AMSTERDAM (AP) — A Dutch Old Master painting looted by the Nazis in the dying days of World War II is to be auctioned after it was discovered hanging in the official residence of the Lord Mayor of the City of London and returned late last year to its rightful owners. 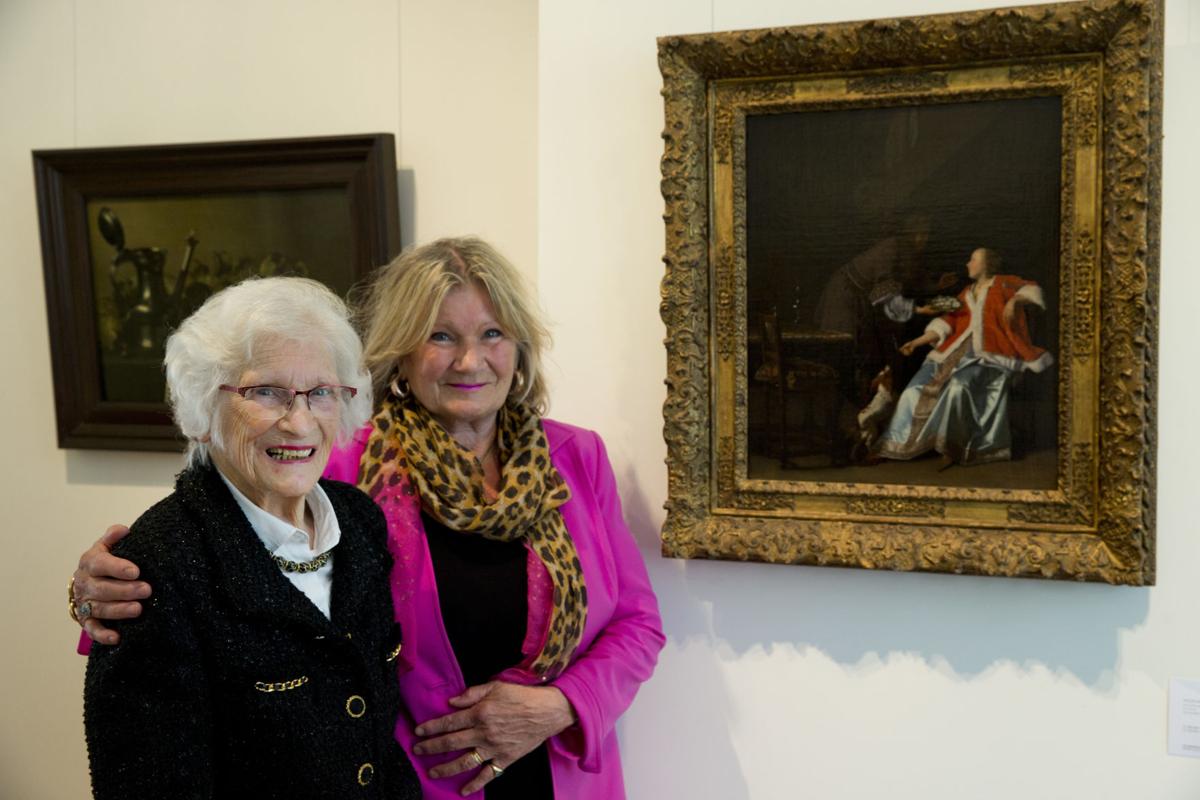 Ninety-seven-year-old Charlotte Bischoff van Heemskerck, left, and her daughter Rudolphine pose next to the painting "The Oyster Meal' by Jacob Ochtervelt (1634-1682), right, at Sotheby's in Amsterdam, Netherlands, Tuesday May 1, 2018

"The Oyster Meal" by Jacob Ochtervelt was on show Tuesday in the Amsterdam offices of auction house Sotheby's. It goes on show at Sotheby's in New York and Hong Kong later this month before being auctioned July 4 in London with a pre-sale estimate of 1.5-2.5 million pounds ($2-3.4 million).

Charlotte Bischoff van Heemskerck, the 97-year-old daughter of an Arnhem children's doctor who originally owned the painting, never forgot it, recalling that it had pride of place in her father's waiting room.

Ochtervelt's oil on canvas masterpiece, from 1664-65, shows a man presenting a plate of oysters to a warmly-lit, seated young woman.

"I loved it," Bischoff van Heemskerck said. "I was a young girl; I liked her dress, I liked her coat with the white fur and the way he offered her the oysters."

Bischoff van Heemskerck was reunited with the painting last year at a ceremony in London, now she has decided to sell it to pass on the proceeds to the children of her siblings.

After the war, the painting changed hands several times before the family tracked it down. It resurfaced in the mid-1950s at a gallery in the German city of Duesseldorf. It was later bought by an American diplomat before British property developer Harold Samuel bought it in 1971 and later bequeathed it to the City of London Corporation.

Bischoff van Heemskerck said tracking down the missing art was not a priority in the immediate aftermath of the war, as her father sought to re-establish his children's hospital.

"My father said, 'we won't talk about the missing things,'" she said. "We will just live again."